2015 is proving to be a hot year for Asian cuisine in the capital, already we have seen a host of new openings including Engawa (Kobe beef imported from Japan), Bo Drake and Jin Juu modern Korean inspired dishes), On The Bab (adding a Covent Garden site to its popular Old Street based Korean restaurant), Duck and Rice (a Chinese gastropub by Alan Yau), amongst others. The most exciting for us however is Bao, serving up sumptuous Taiwanese street food whom we have followed religiously in their street stall guise at various locations over the last few years including Kerb, Netil Market and Feast.

With the cult following and ever growing queues the next logical step was to find a site to set up a permanent restaurant. With the backing of the Sethi family (the guys behind Gymkhana and Trishna) the restaurant opened early April on Lexington Street in the London food mecca that is Soho. 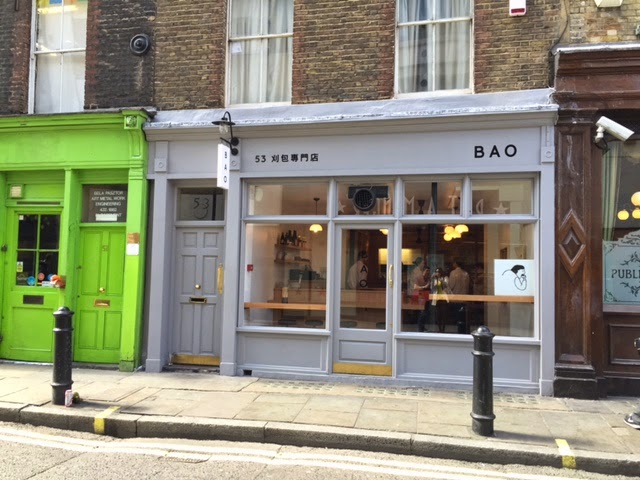 The Bao brand is simple and effectively marketable with its minimal and clean design. The interior keeps to this approach with clean wood panels and detailing. It would not be a surprise to see the brand expanding into a mini empire and beyond, however I’m not sure if the passion of the founders Er Chen Chang, Shing Tat Chung and Wai-Ting could be conveyed without being diluted with new sites as they are the life and soul of the business. This is evident by the interaction we see amongst the diners and founders who are genuine in their gratitude for the support which I would guess would be from people like ourselves who have followed Bao around the street food scene.

Onto the food, the new and larger self-marking menu which is very competitively priced with dishes ranging from £1.50-£6 begins with the small eats section. Introducing some classic Taiwanese street food with Baos own inventive twists among their own creations. From this section we tried the following: 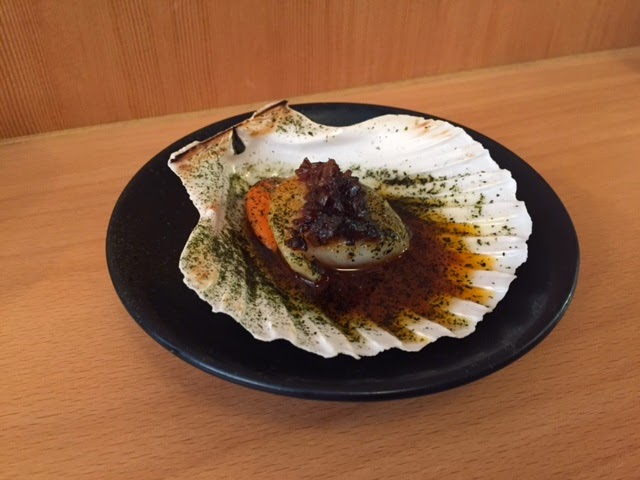 Scallop, yellow bean garlic, simply served in the shell and finished by gulping down the remaining sauce. 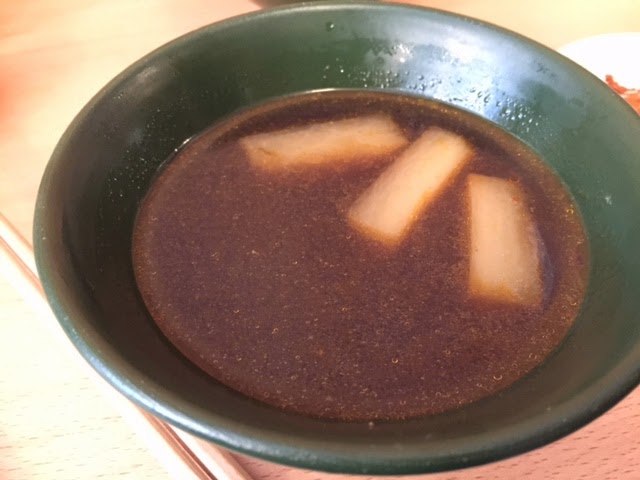 Beef soup, braised daikon, a deep beefy soup, would be ideal during Winter. 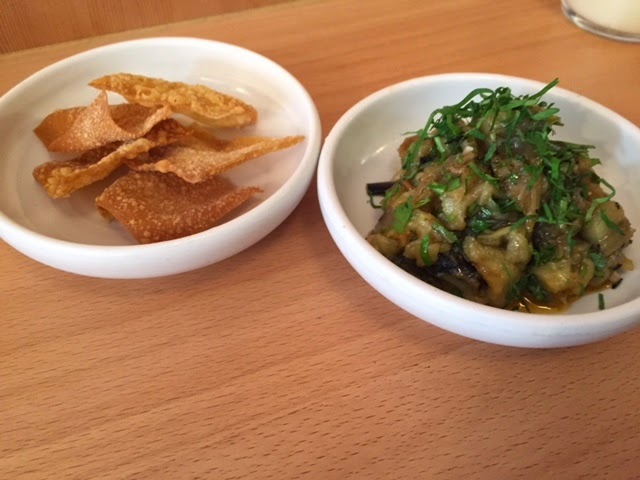 Aubergine with wanton crisps, this packed some chilli heat. 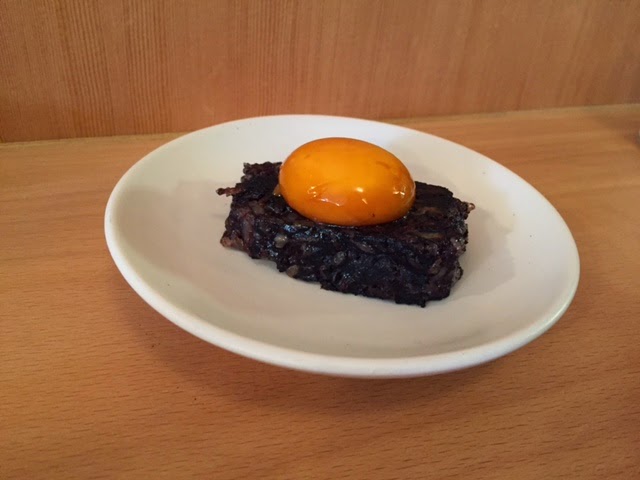 Pig blood cake with an oozing egg yolk to create a velvety black pudding like dish. 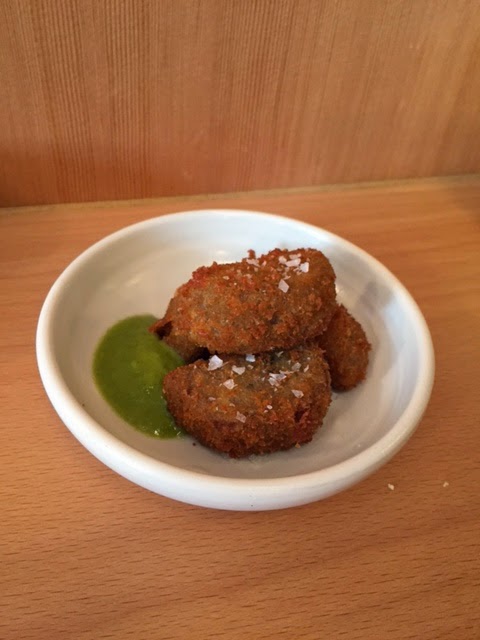 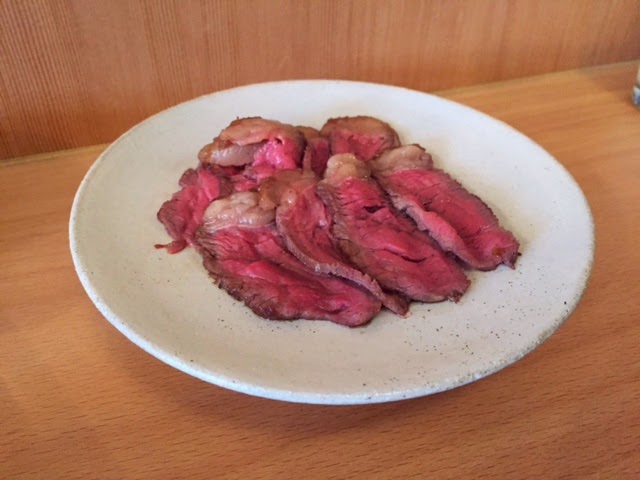 40 day rump cap, aged white soy sauce - the soy brings the rump alive which has a bit of chew due to the cut. 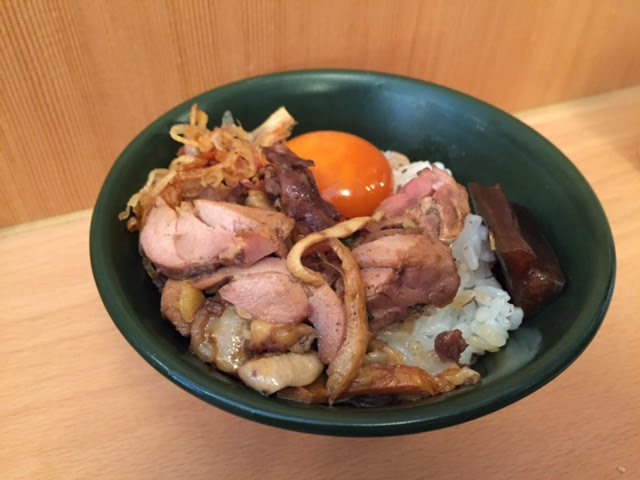 Guinea fowl Chi Shiang rice, just when you think things can’t get any better this little bowl of plump rice with well-cooked moist shredded Guinea fowl pieces with an egg yolk which oozes and adds richness to a very delightful and rounded dish. For the peckish ones this will certainly be a pleasing course following the parade of baos and other small plates.

The next section of the menu focuses on the gua bao variations. Headed by the classic bao which has been on the menu from day one and how it all started. 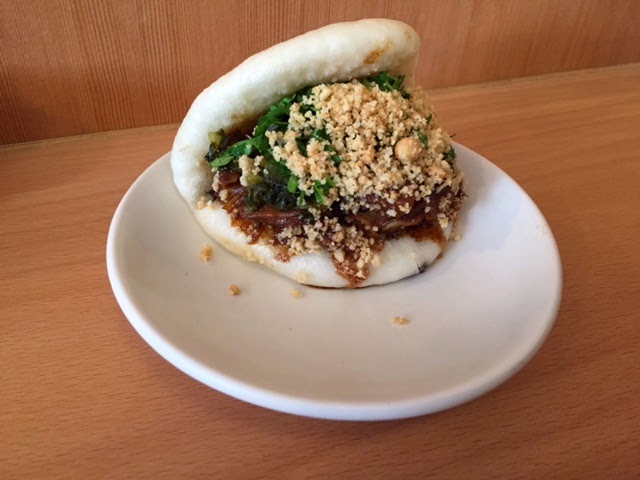 Classic bao - still the top bao in my opinion, the sauce of the the braised pork is what makes it for me topped with the perfect match in coriander and peanut powder. 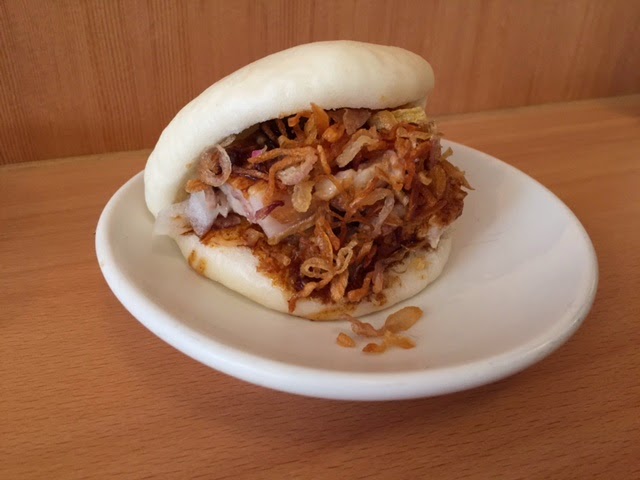 Confit pork bao - a new creation with satisfying slabs of pork belly topped with fried shallots. Maybe lacking a little bit of sauce, this with a little of the classic bao sauce would be heaven. 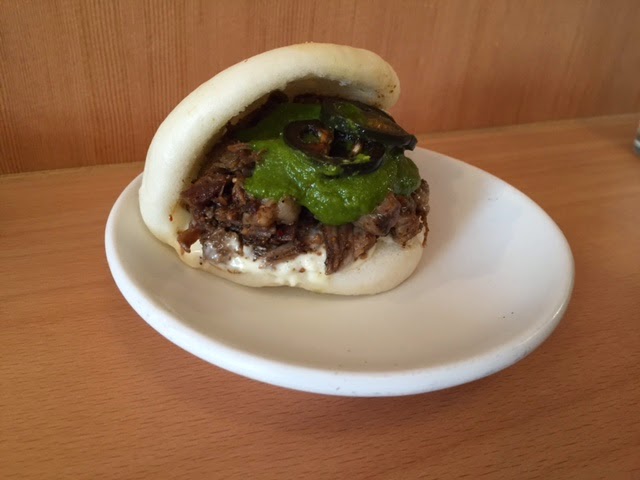 Lamb shoulder bao - superb with a slight hint of heat in the sauce. 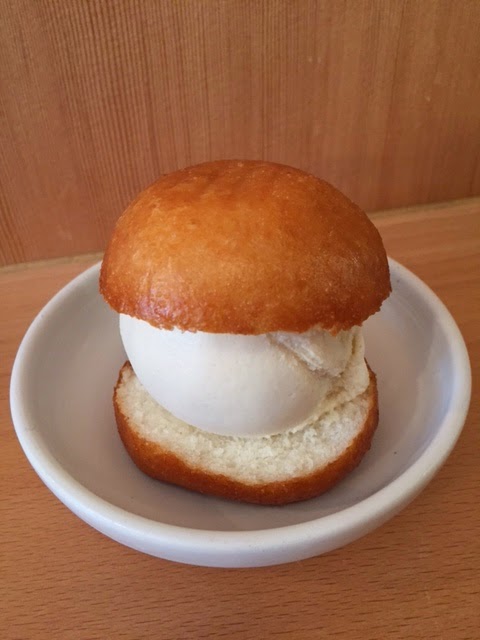 Fried Horlicks ice cream bao - the only dessert on the menu but I don't think anything else could top this! 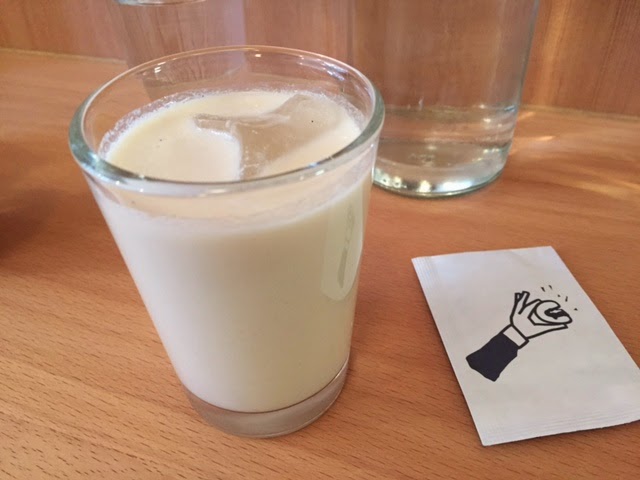 Peanut milk - there has clearly been some thought on the drinks front along with the innovation of the food menu, a cool milk with a hint of peanut. 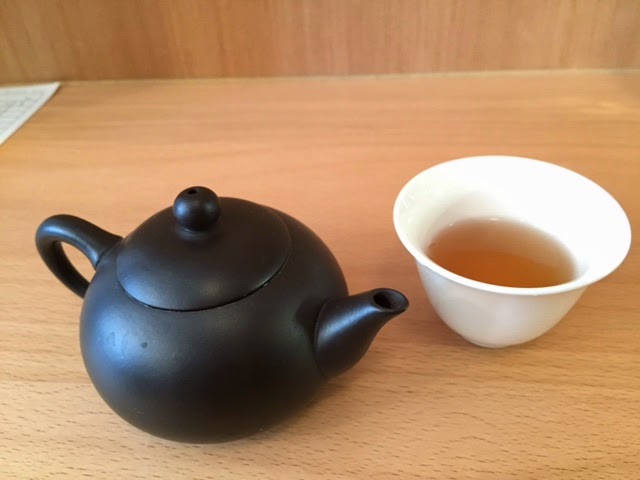 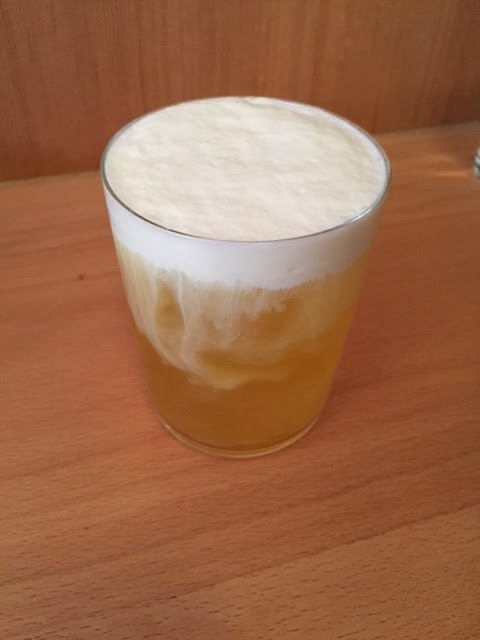 Along with a selection of teas the foam topped iced tea was refreshing, different and unique.

Any regular readers of our blog (not sure if any exist!) will have noticed the short hiatus from January. Work and other commitments have come first but hopefully normal service will be resumed especially as the blog backlog has reached epic proportions. Bao was so good and lived up to its crazily high expectations we had set for it, so much so that it made me get back into the blogging mood.