Fresh from our travels from Japan and Korea one of the most eagerly anticipated meals was at Den in Jimbocho, Tokyo. Chef patron Zaiyu Hasegawa serves up his take on modern kaiseke cuisine. Situated down an alley a couple of minutes walk from Jimbocho station it can be easy to miss the Den "傳" signage, the hostess was surprised that we had found the restaurant without any trouble.

We had an early booking for 6pm and me being overzealous not to be late we were ten minutes early and waited in the seating area whilst the kitchen finished the prep for the night. Immediately we could see the playful aspect of the restaurant which it is famed for as we noted scribblings in black marker along the walls and doors from famous visiting chefs from all over the globe. Notable familiar UK chefs included Isaac McHale who had visited a month earlier. 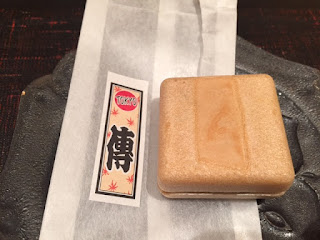 Savoury play on red bean monaka, this one was filled with foie gras, chestnut and pickles. It was so good Wendy wanted another one. 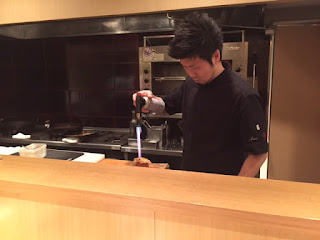 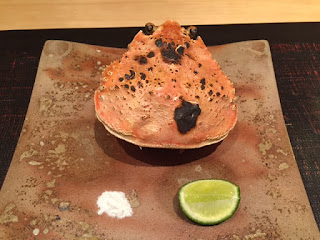 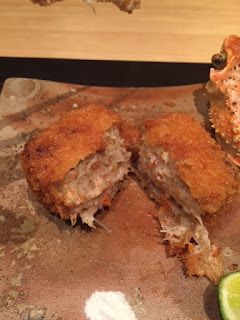 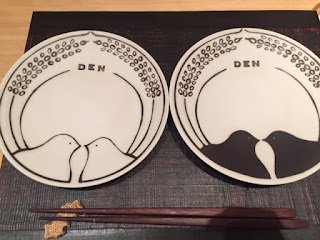 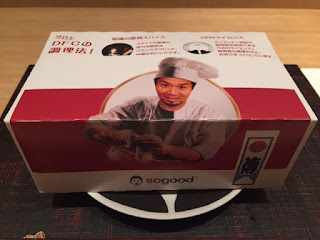 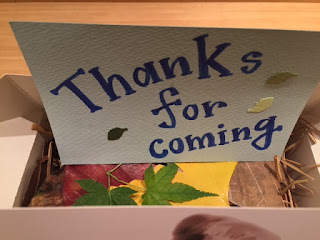 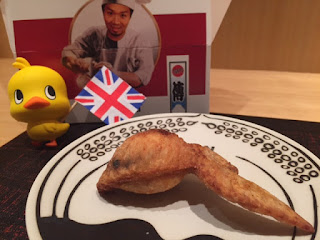 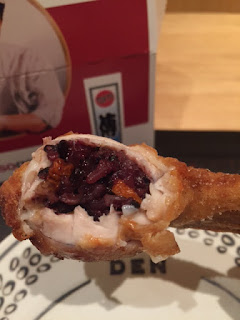 Chef presented us with a chicken box next with a title of DFC. Inside was a nice surprise with a thanks for coming message and chicklet bearing the Union Jack. The star of the box however was the perfectly fried stuffed chicken wing, filled with rice, goji berries and pine nuts. 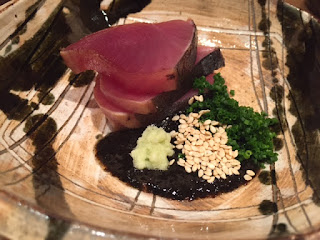 Meguro sashimi with a tomiko brown sauce which we mopped up with gusto. 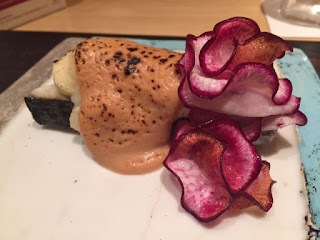 Japanese mackerel served with a divine monkfish liver sauce and celery sauce with a garnish of fried radish. This was simply amazing, the celery sauce brought a good balance to a otherwise rich dish. 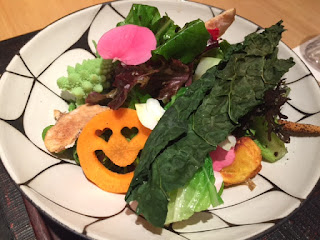 Next up was Chefs signature salad showcasing Japanese produce, fried leaves, raw and cooked vegetables all added to a complex dish, the star for me was a delectable tomato. 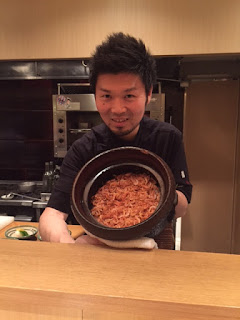 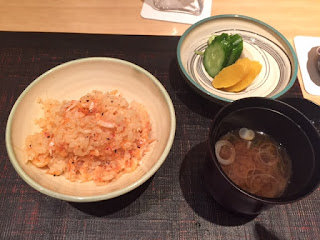 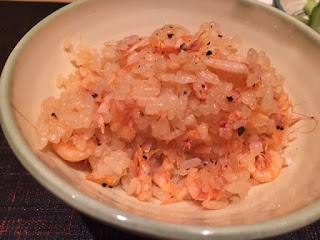 We noted a rice pot cooking away during our meal and inside was our next course. Chef presented a sakura ebi ricepot to us which are in season two times a year. The essence of the shrimps permeated through the rice as it cooked and this was a delight. We didn't want the meal to end with this being the final savoury course. 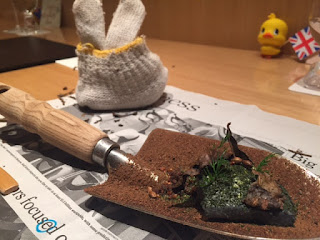 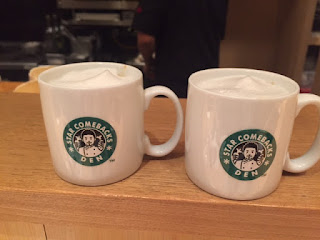 The last course was a rich Italian truffle and chocolate pudding served in a mug similar to the coffee chain, this one however signified Chefs determination to regain his second Michelin star. 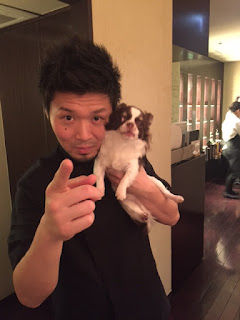 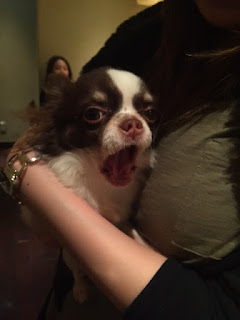 Being avid followers of Chef on Instagram for which he was humbled, his face lit up when we mentioned Pucci Jr. Chef even brought him down from his slumber and he became the centre of attention. Pucci licked my hands when I stroked him, Chef said he could smell the DFC on my hands which is his favourite! Amazingly when chef said arigato, Pucci would put his paws together and bow to thank the customers!

The sake and wine pairings were great and value for money, with the whole meal costing around 34,000 Yen for two. Chef even provided some recommendations to us when we enquired where to sample different types of Japanese cuisine. He even offered to make  his special version of whatever we wanted if we returned, now thats service! 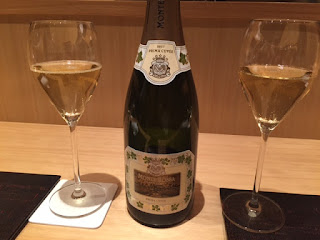 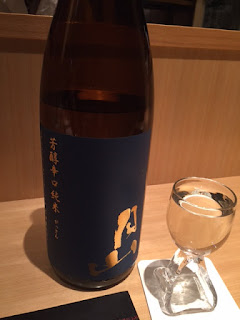 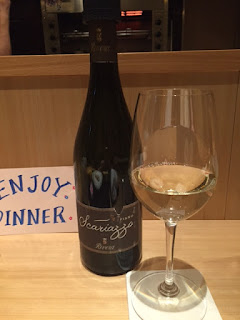 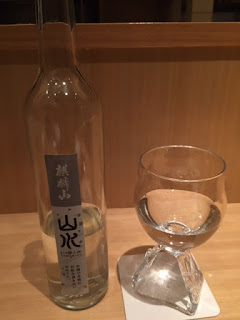 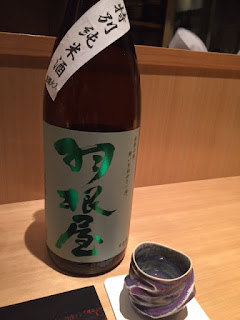