On a recent work away job we took the opportunity to visit some outer London restaurants. One of which was The Glasshouse in Kew which holds one Michelin star. It caught my attention with its menu which reads very well. The menu is a set price affair of £42.50 for three courses with supplements for some dishes with premium ingredients. It reminded me of Medlar, a favourite of mine.

The star of the starters was the rabbit raviolo with parmesan veloute, tarragon and pickled mushrooms. It surprised me how big it was and I had food envy when I tasted a bit of the dish packed with well matched flavours. 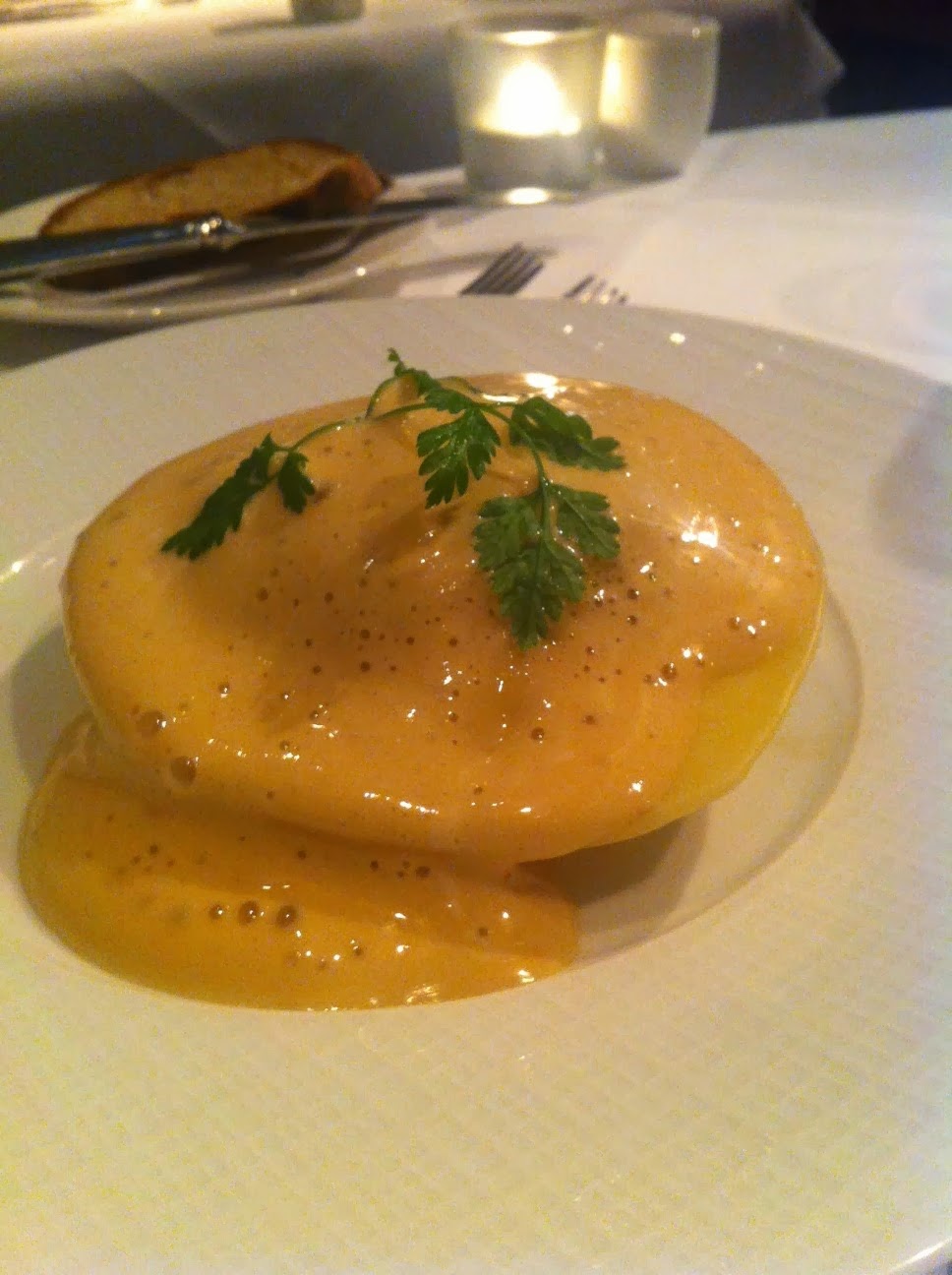 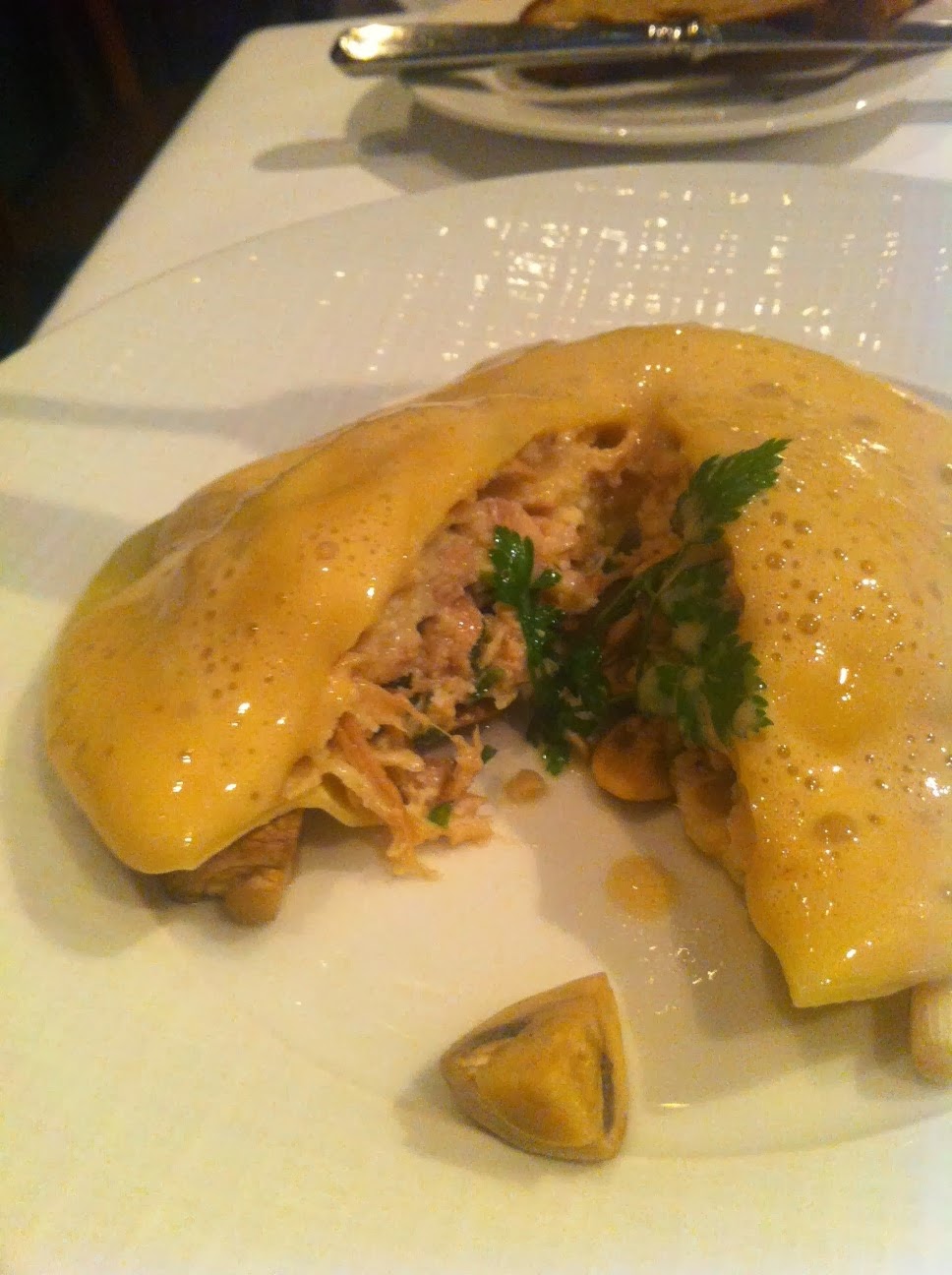 Grilled mackerel with oyster tempura, cucumber relish, oyster mayonnaise and ponzu. This was well received although I didn't get to try any. 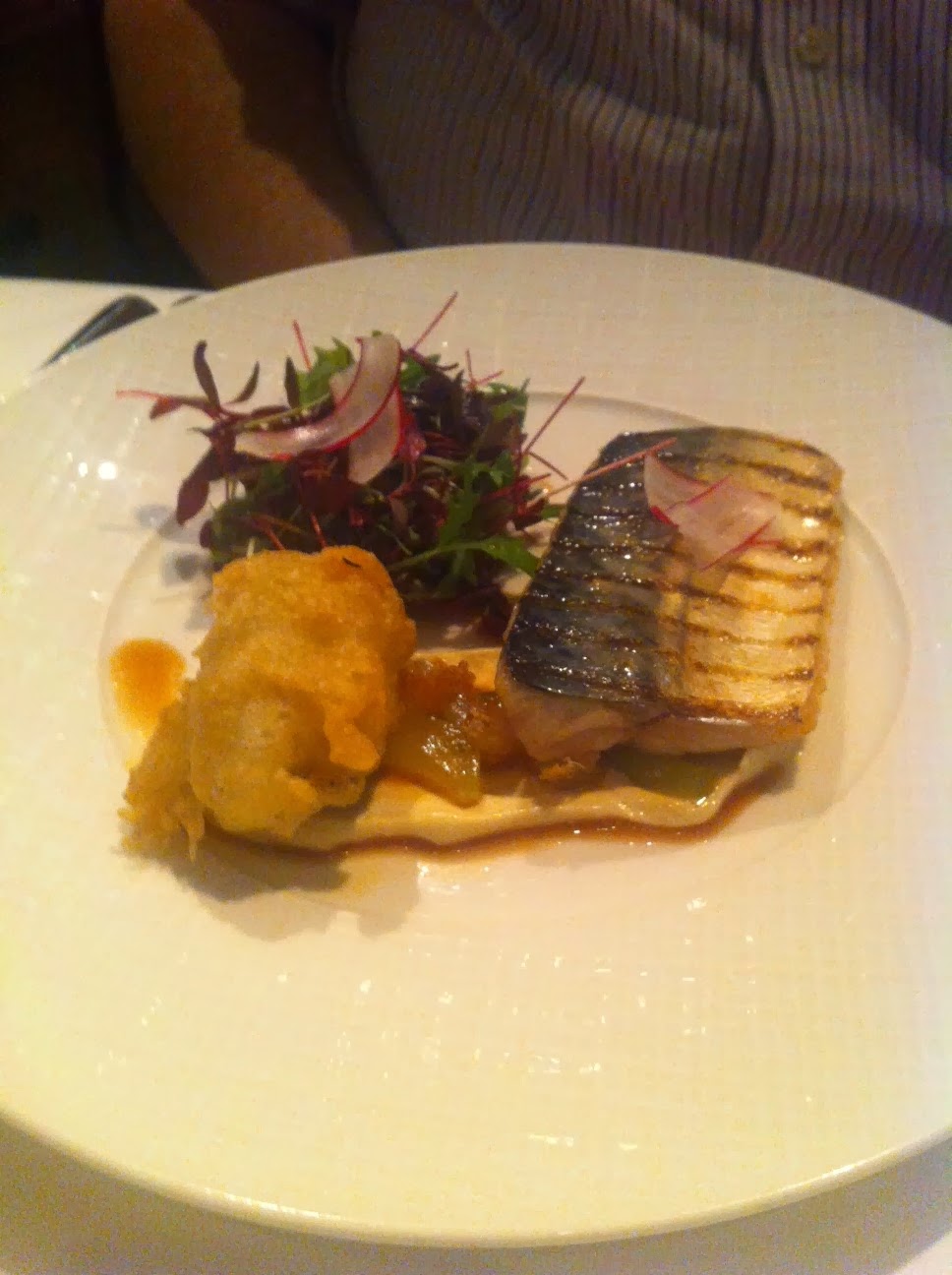 My starter was seared loch duart salmon with mussels, saffron, root vegetables and curried shellfish sauce. I made a rookie error when I realised that the fish was cooked well all the way through as the menu said seared. Probably the least inspiring of all the starters. The sauce failed to lift the bland salmon. 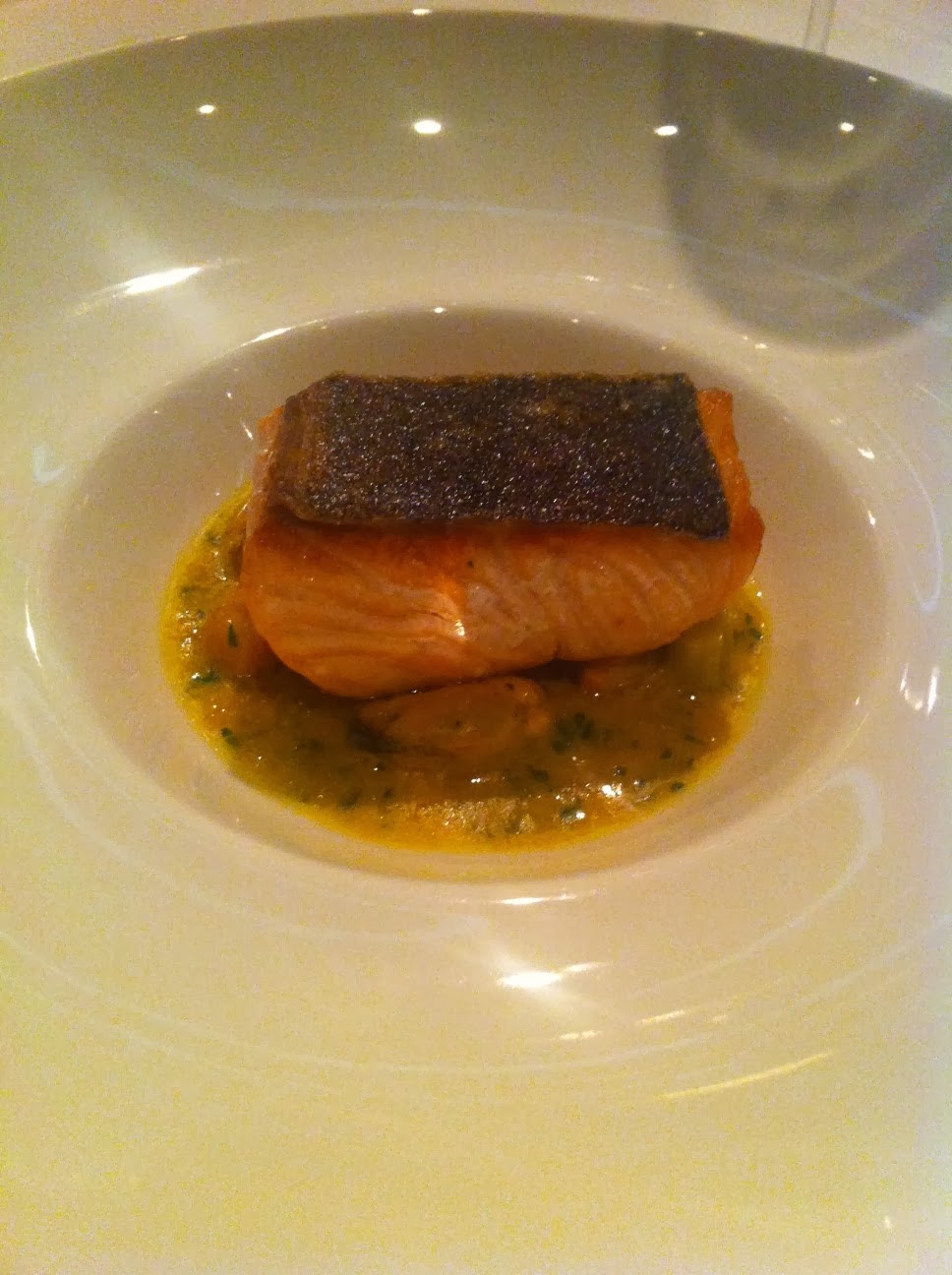 Duck breast with seared foie gras, chestnuts, roast potatoes, sprouts and cranberries was my choice of main. All of the individual components was well cooked as you would expect from a Michelin starred establishment. The cranberries added acidity to the dish and added interest to the duck and foie gras. A simple concept but a little lacking on the flavour front overall. 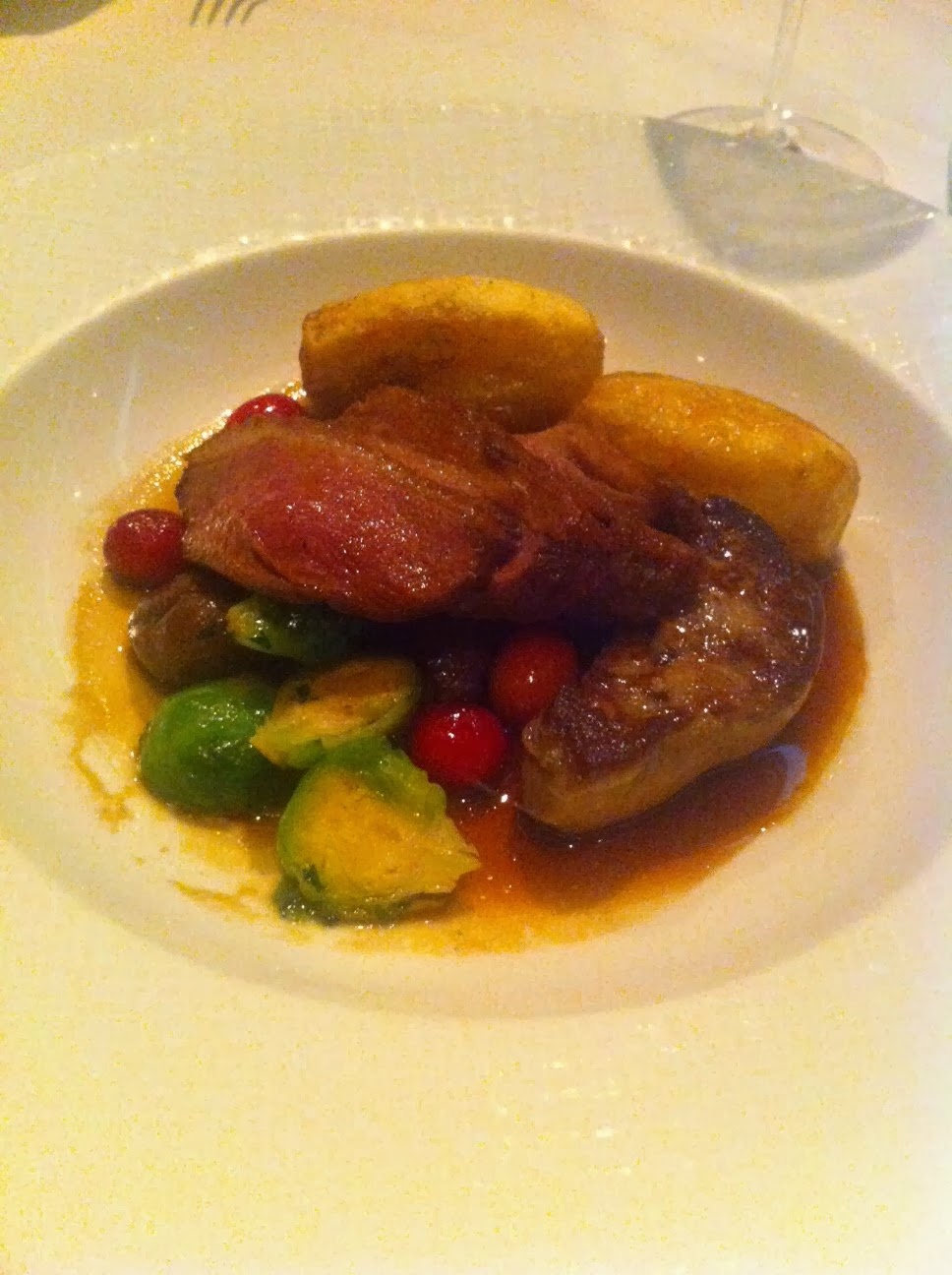 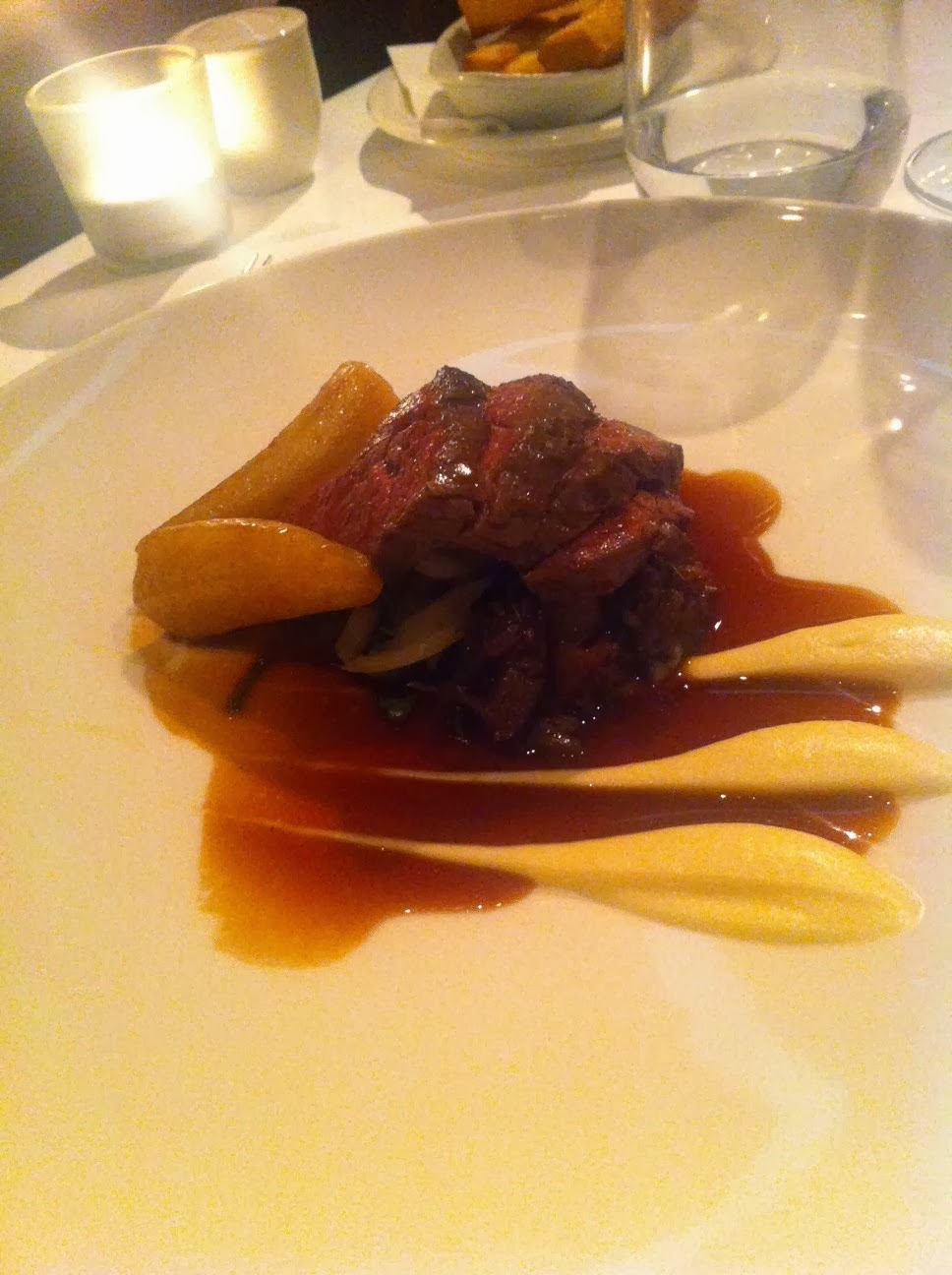 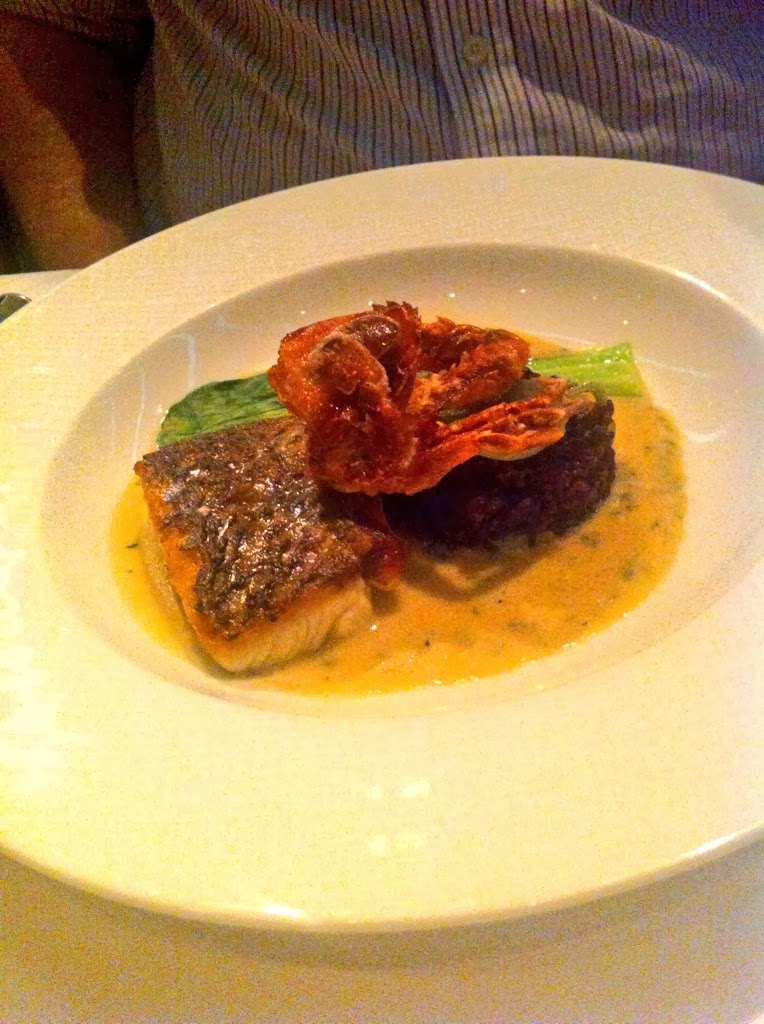 Apple tarte fine with caramel sauce and stem ginger ice cream. My choice of dessert was underwhelming when it arrived as I had missed the fine in the description, being a greedy guts I was expecting a big slab of tart packed full of apples. The ice cream made up for my disappointment though. 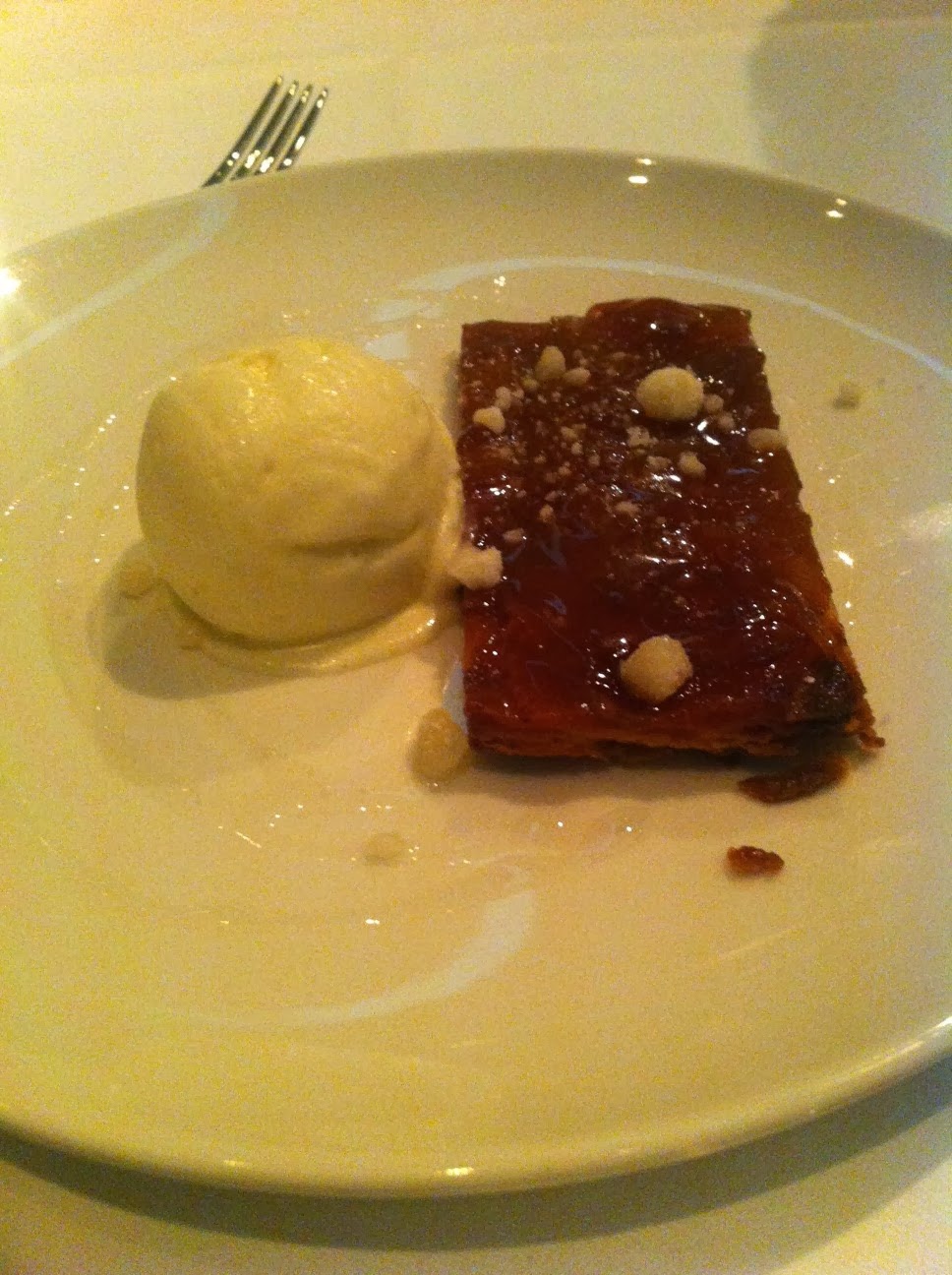 Valrhona chocolate mousse with milk ice cream, honey tuile and iced coffee. Probably the pick of the desserts with the mousse being wonderfully balanced between sweet and bitter. 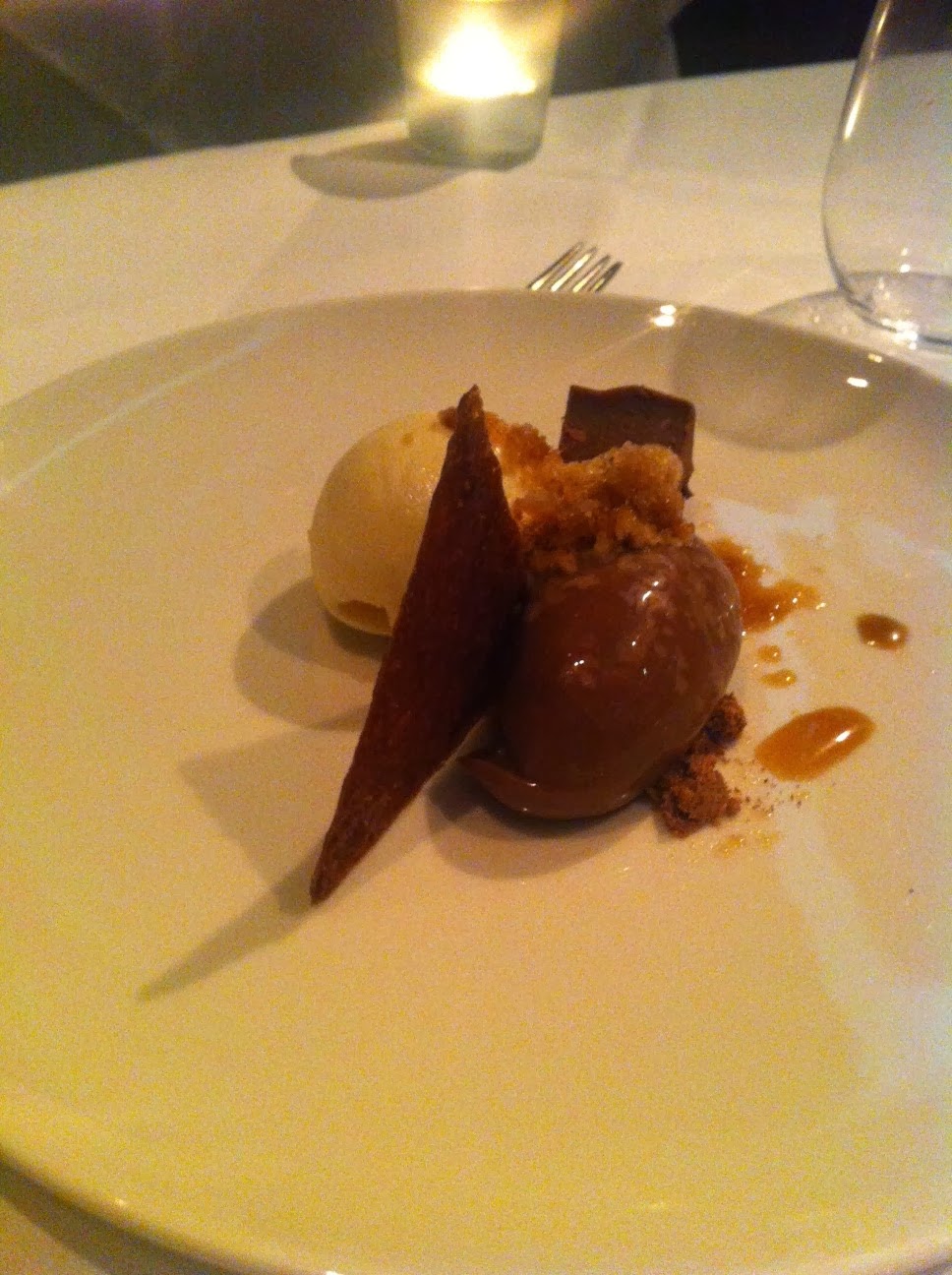 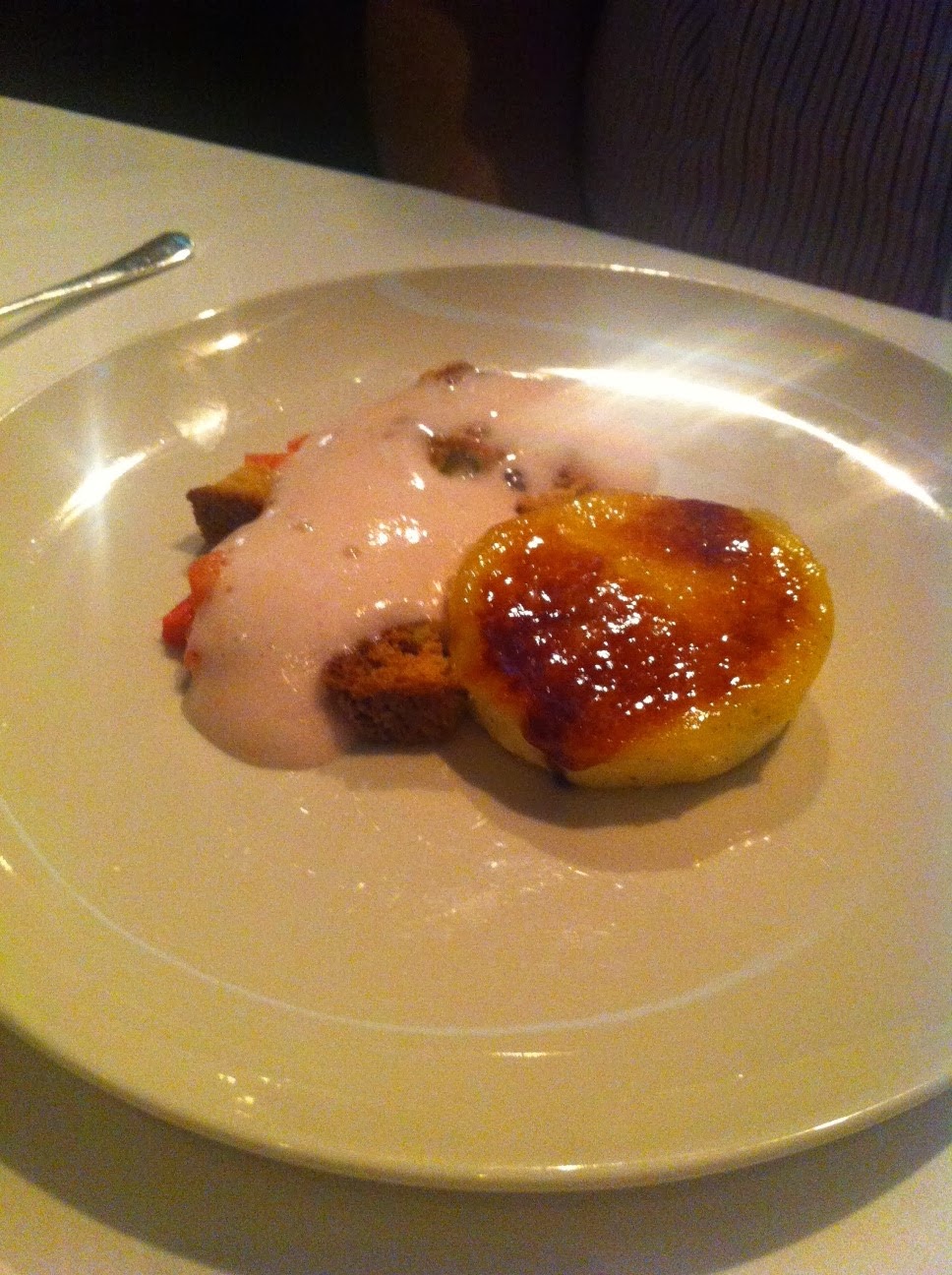 Simple concepts with acceptable execution was the general consensus of the table. Nothing really knocked our socks off. The restaurant also remained quiet throughout our visit which was surprising. The restaurant is part of a group with fellow starred restaurants La Trompette and Chez Bruce which serve up similar style food.