Locating Choice was a bit of a challenge with both me and Mr Nom taking the wrong turn off Mancunian way and having to drive around the block to make the right turn. A rare luxury however to have free parking in Manchester. Stepping into the restaurant we were surprised how empty it was on a Wednesday night with only one other table coming to the end of their meal. The décor appeared to be a bit dated but we reserved judgement for the food.

The glasses on the tables were gathering a layer of dust which put us off ordering wine and instead opted for drinks from the bar. There is a big board recommending dishes, the starter of which was red mullet and scallop which Mr Nom ordered, he was amused that the coral was bigger than the scallop itself. It was accompanied by a smoked cauliflower puree and Beurre Noisette dressing, a well-executed starter. 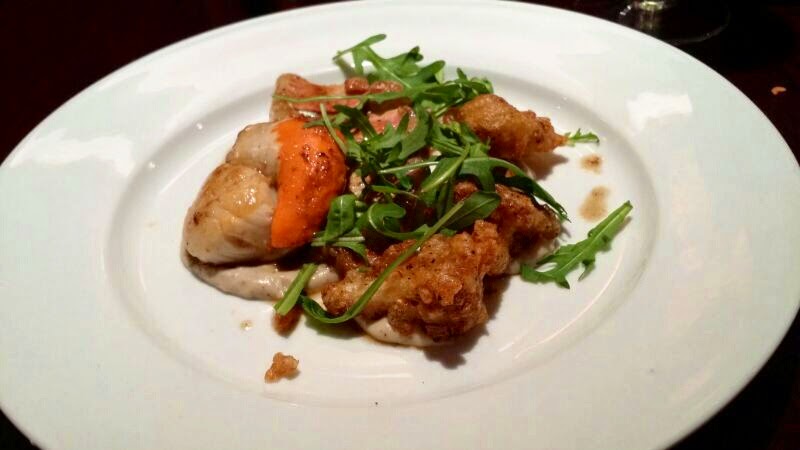 My smoked duck and pigeon salad impressed me. The puy lentils were subtle with the delicately smoked meat and the pomegranate added the slight sweetness and tang. 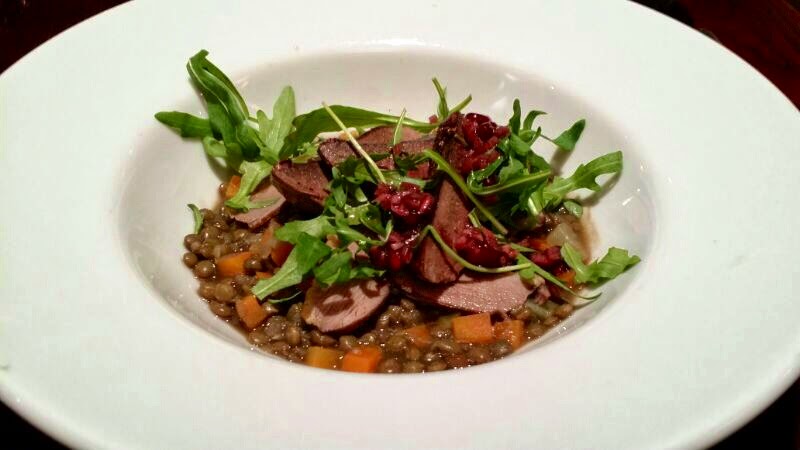 The main course of hake kedgeree was not as big a success as the starters. Pan fried hake, Indian spiced egg and a quail egg finished with Raita. The flavours did not agree with me and maybe it was my palette to blame as it was cooked really well.  The portion was generous which made me feel bad as I only finished half of it. 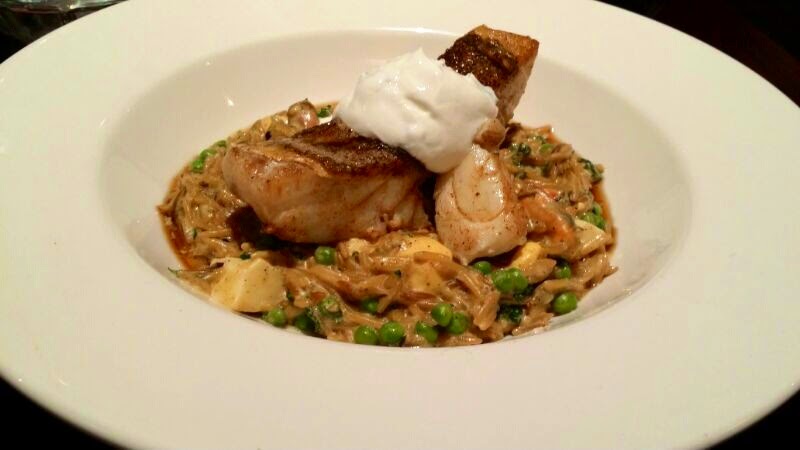 I was eyeing up Mr Nom’s grilled fillets of Sea Bass, beetroot fondant and samphire with sauce Americaine and langoustine tails. I preferred this to my kedgeree, especially the beetroot fondant which were quite unusual but worked. 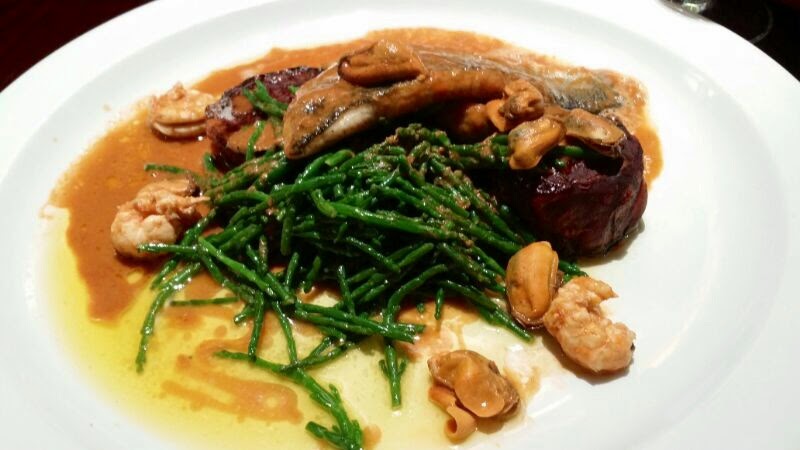 The recommended dessert was an Earl Grey & golden syrup treacle tart, something I have not tried before and sounded sweet even for someone with such a sweet tooth! It was served with a dollop of clotted cream and it was naughty but indulgent! Mr Nom’s apple custard pie was disappointing. Billed as an apple pie set with Calvados custard, it came with a scoop of granite over the top which melted quickly over the apple pie and made the whole dessert wet and soggy. 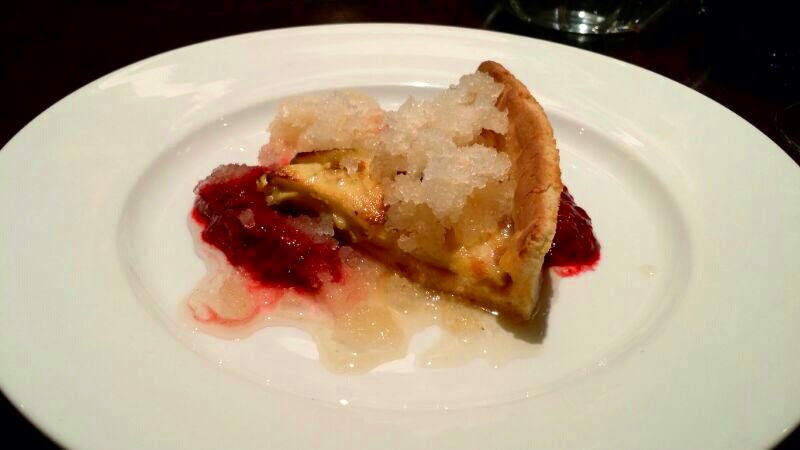 The food at Choice was not bad, starting off good with the starters, but let down by the dessert at the end. However there are some nice ideas which were well executed and presented which would be a sure hit in a more modern setting.