In a lost London post of sorts I visited the Marylebone branch of Tommi’s Burger Joint some time back. It has a growing following and has recently opened a second branch on Kings Road. On the way we walked past Patty and Bun, another cult burger joint, with a sizeable queue outside in the punishing cold swarms of Winter.

Thankfully there was no queue at Tommi’s but there were plenty of people waiting inside, half for tables and half for takeaways. The open kitchen gives full view of the burgers being cooked on the grill as well as letting the meatiness waft through the venue.

The menu is a simple affair with a few burgers on offer and limited extras. We opted for the ‘Offer of the Century’ consisting of a cheeseburger, fries and can of pop for £10.50. Having paid we waited about ten minutes before pouncing on the vacated window bar seats. 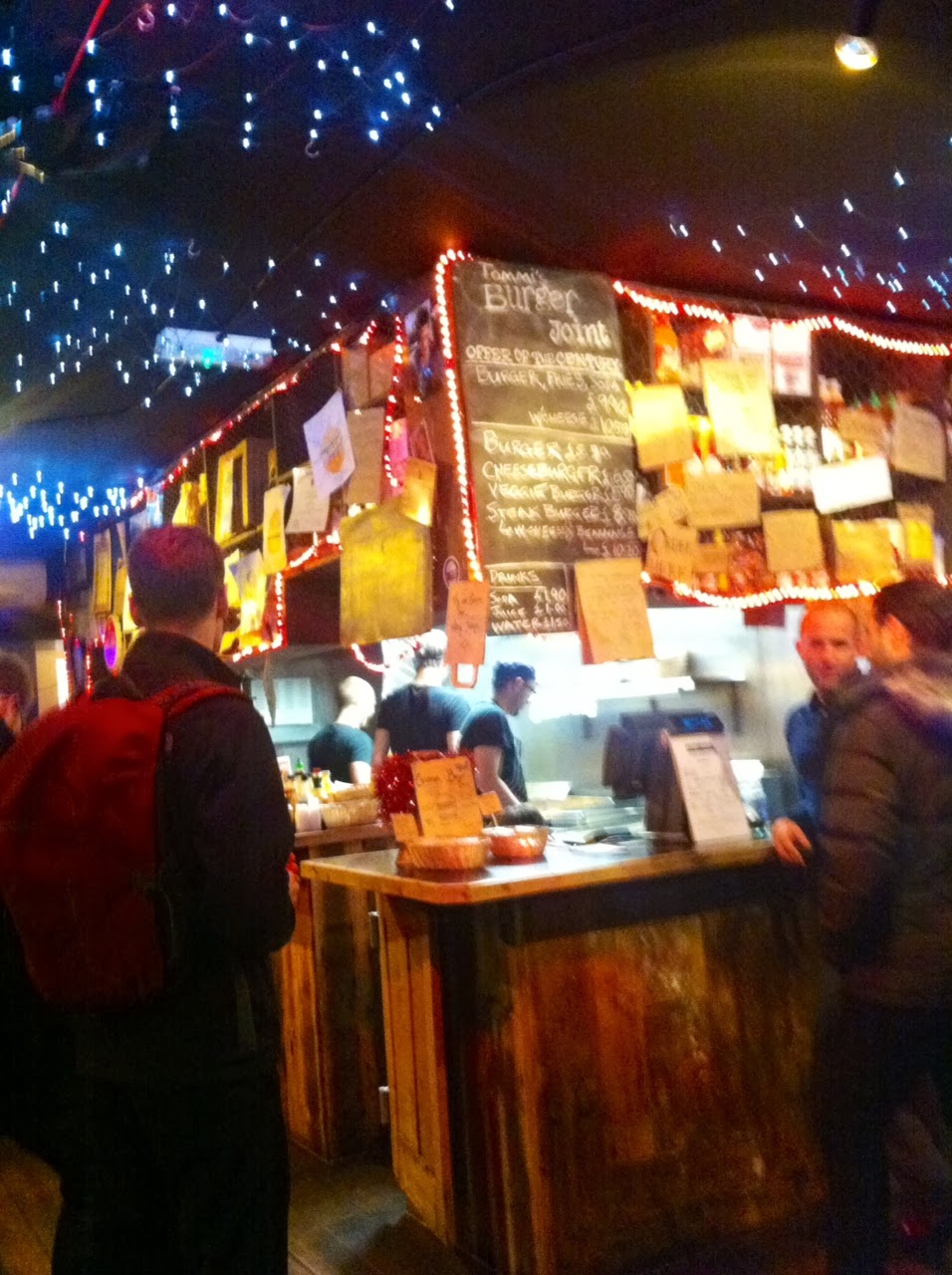 The food was served soon after and we were quite underwhelmed at first. The burger arrived wrapped fast food style with similar fries to the golden arches. Advertised as cooked medium with lettuce, tomato and red onion the patty was big and juicy once unwrapped. However the lack of veg apart from lettuce and the kraft like cheese raised some eyebrows. The patty however was well cooked and perfectly pink, although it could have done with more seasoning to enhance the flavour of the meat which struggled to come through. 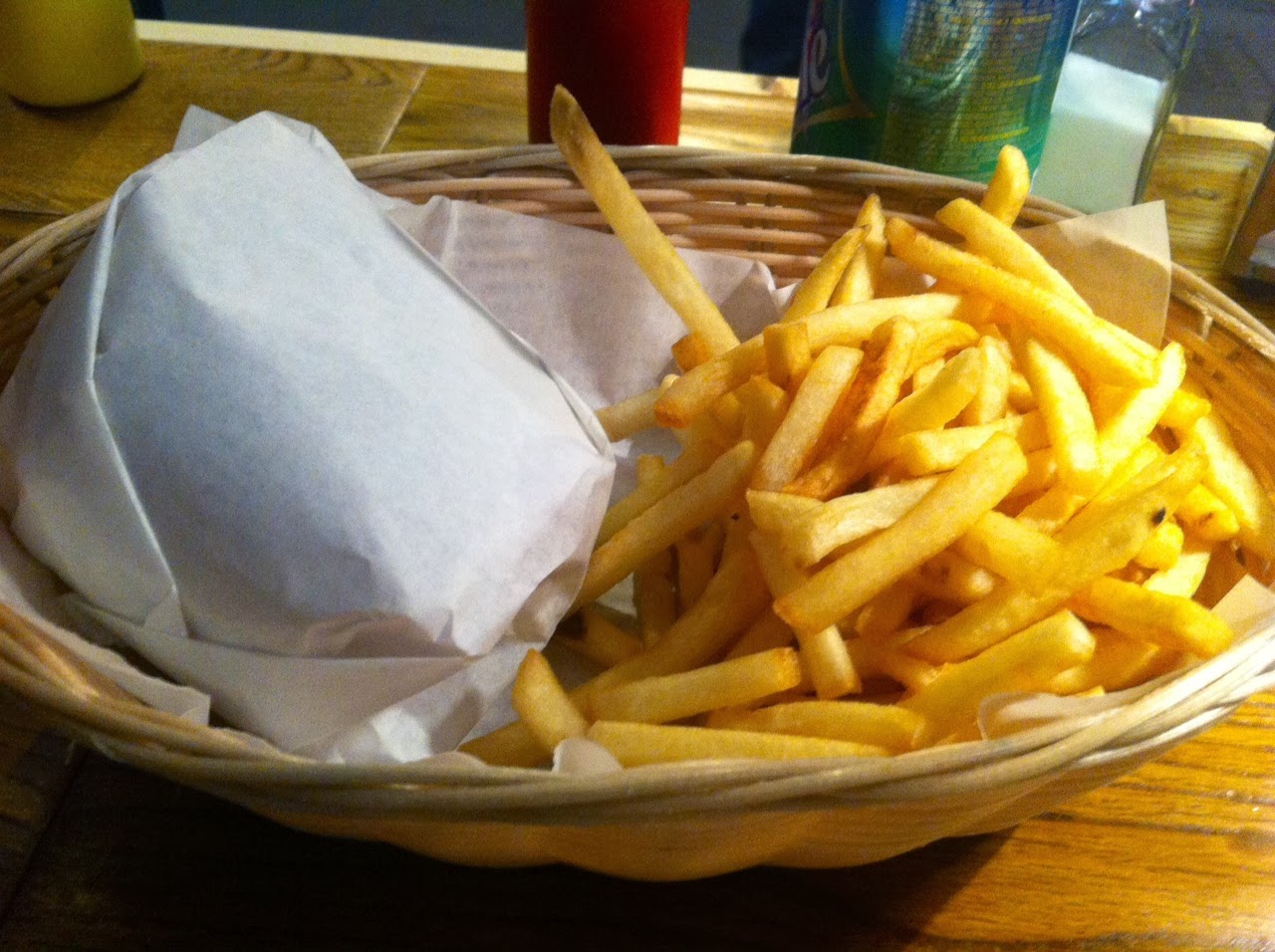 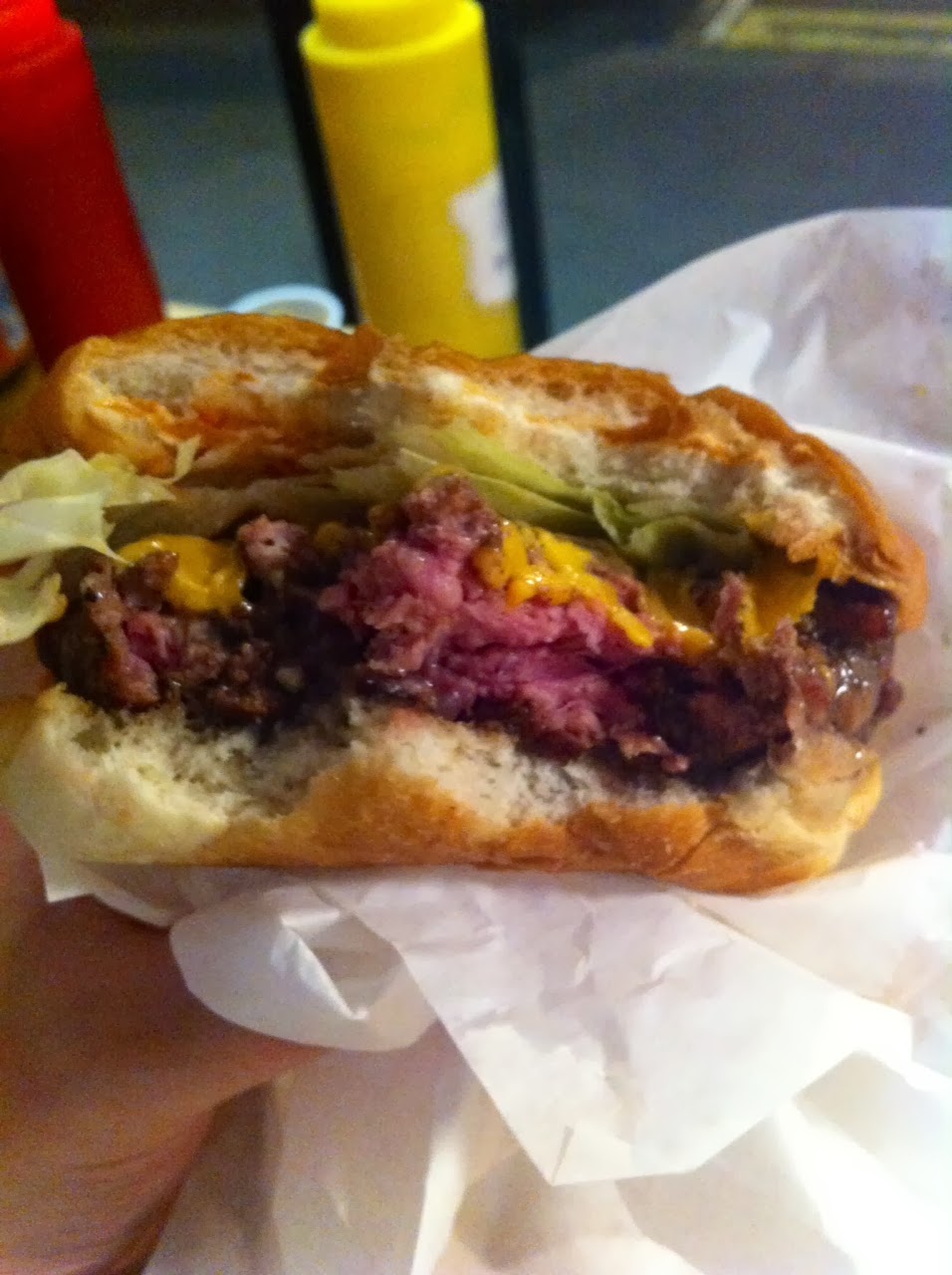 The fries were pretty standard and the billed ‘Offer of the Century’ didn’t quite live up to the hype. I preferred the crinkle cut chips of Shake Shack and the flavour of the burger from Honest, who also do a mean homemade lemonade with the whole package coming in at a similar price to Tommi’s. Maybe the steak burger offered delivers more punch but at a higher price point but based on what we had Tommi’s is acceptable but not the leading light in the London burger offerings.