We were looking for an early dinner and originally planned on visiting Totto Ramen on 52nd St to find we had half an hour to kill before they opened at 5.30pm. Walking around the block we stumbled upon Ippudo which opened a touch earlier and unanimously declared that Totto can wait for another day! We have visited a branch of Ippudo in Hong Kong and were suitably impressed.

The Westside branch in New York is dominated by a ramen bar with space down the middle for staff and a separate room for larger parties. Not long after we were seated at the ramen bar a queue began to form. 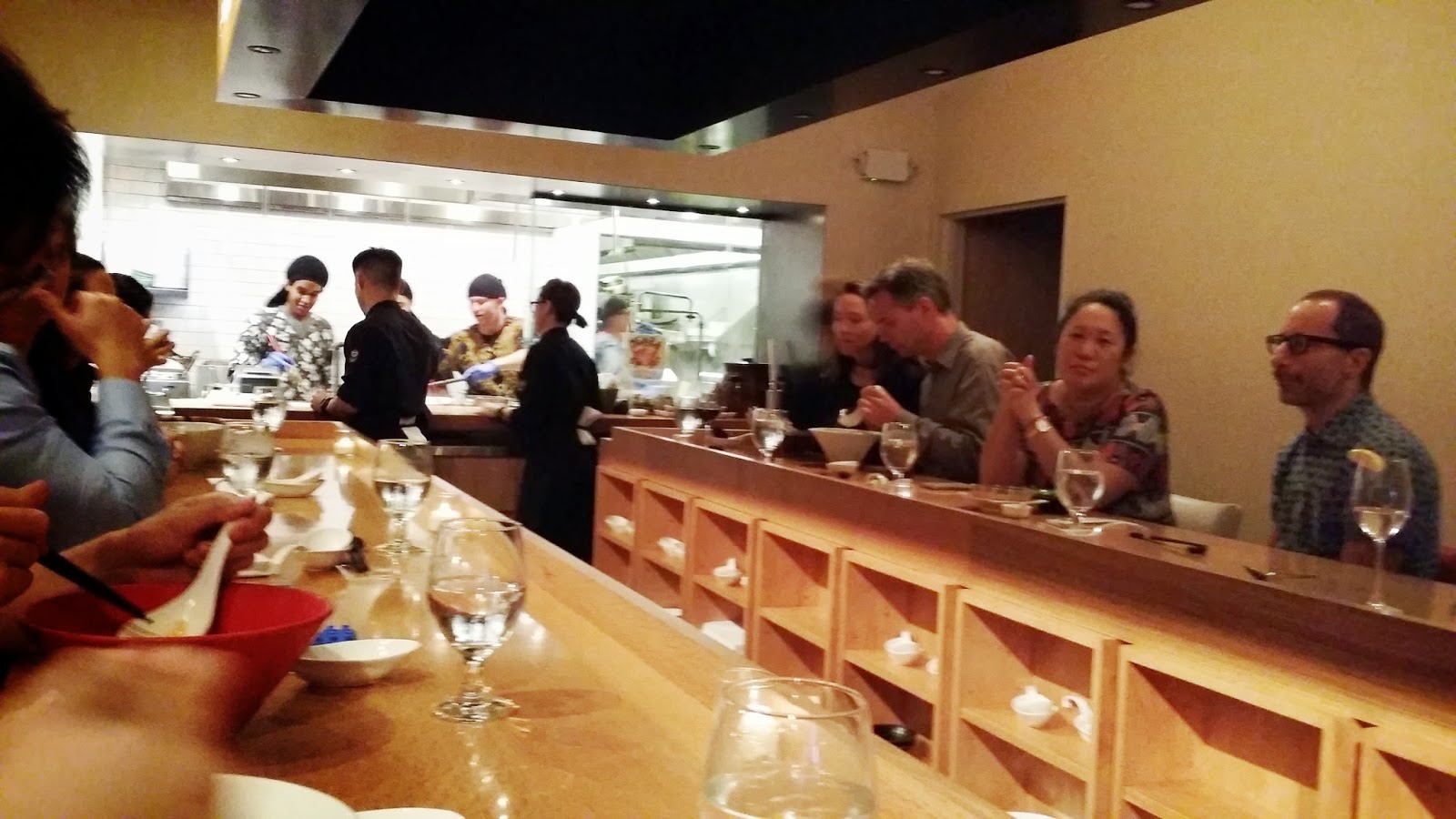 We ordered an appetiser from the specials menu, Kamo tataki, miso marinated duck breast with grilled negi, yellow bell pepper and a citrus miso glaze. The duck was well marinated with the miso flavour penetrating through the meat. 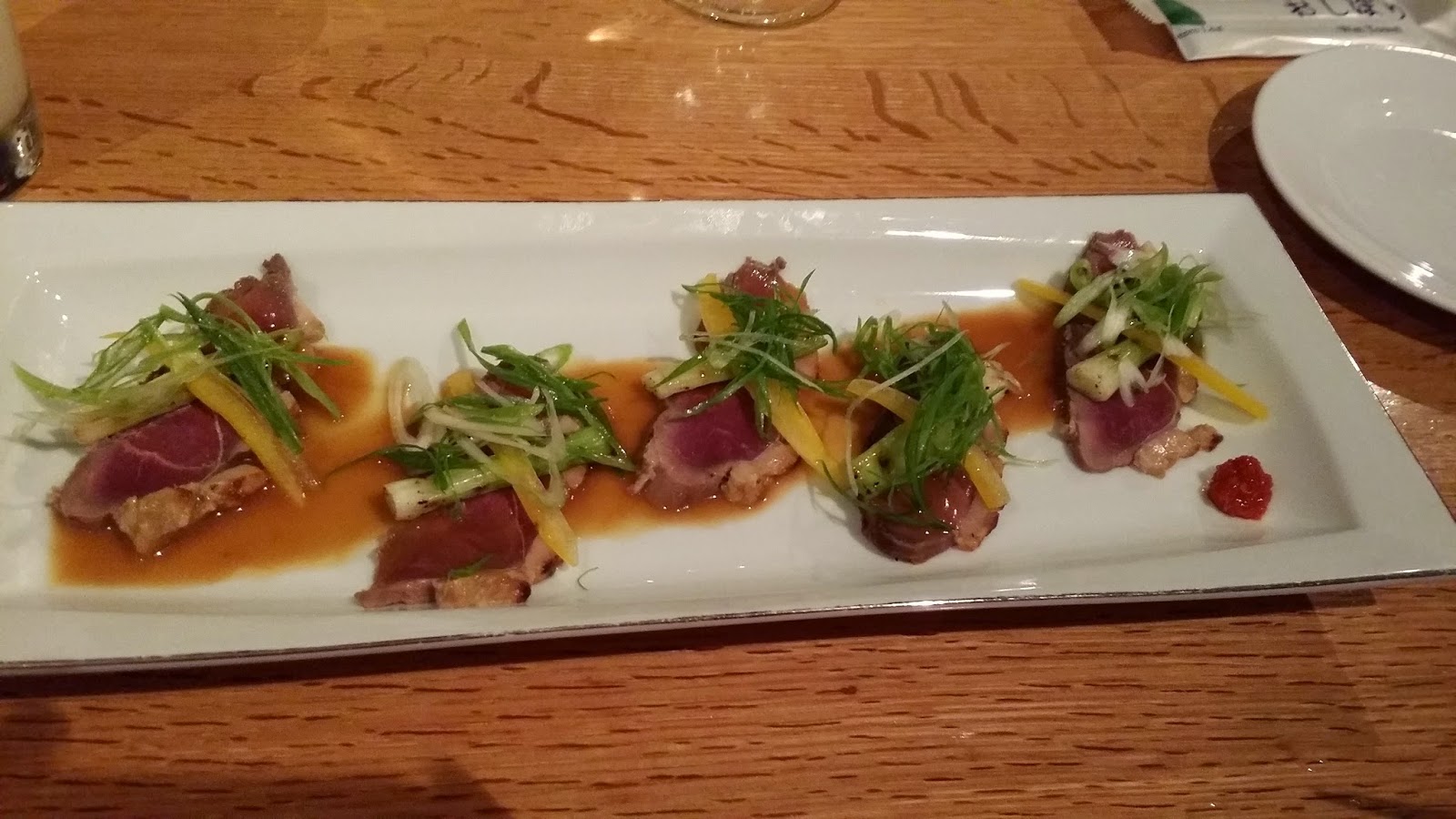 For the ramen I choose the Shiromaru Hakata classic, with a tonkotsu pork broth, thin noodles topped with pork loin chashi, sesame kikurage mushrooms, menma, red pickled ginger and scallions. The pork broth was packed full of flavour without being too rich, the ramen was cooked just as I like it with a lot of bite. 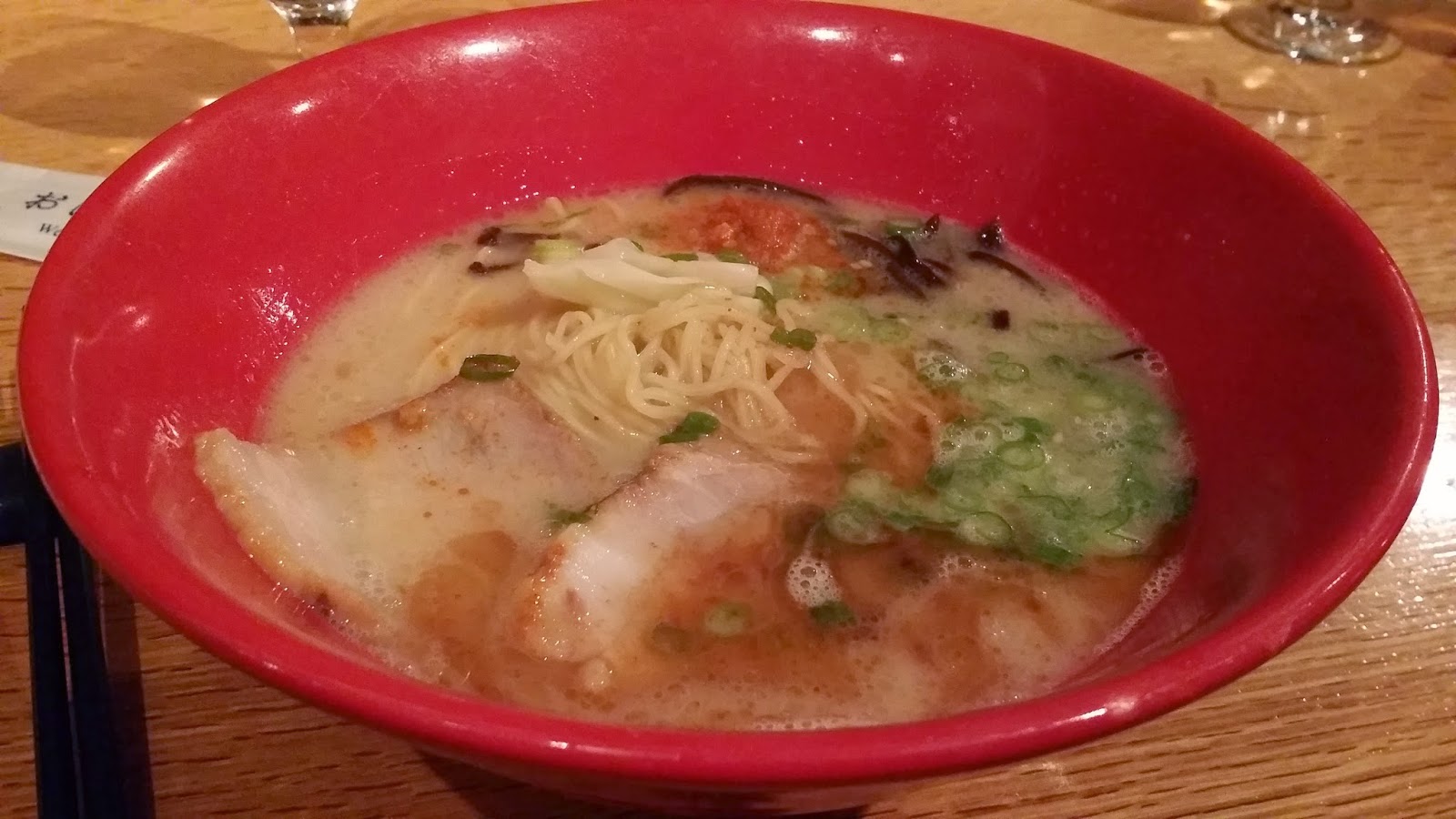 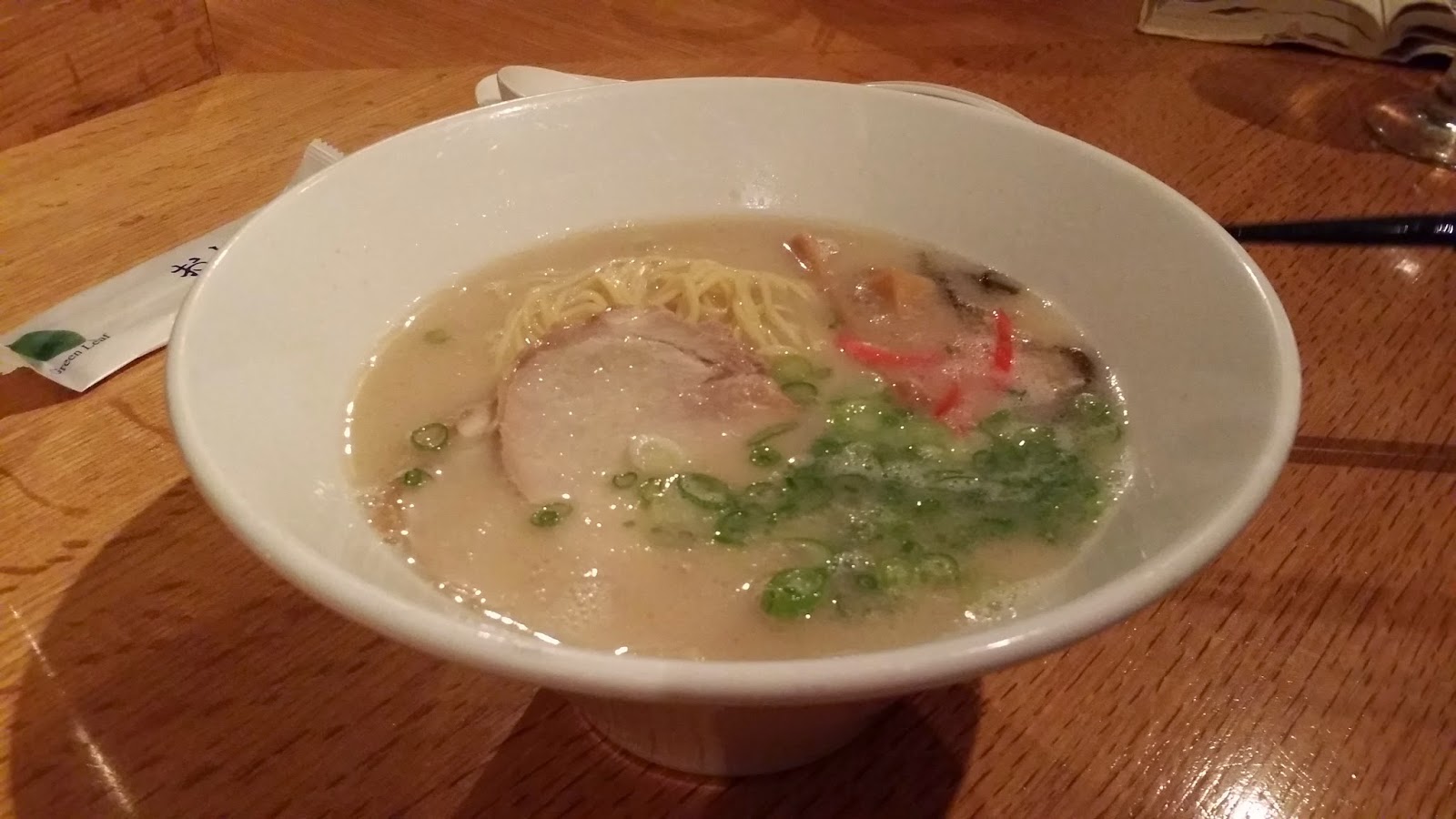 Additional servings of noodles were available for $2 but we just the one serving was enough for us and we finished with a selection of light sorbets and ice cream. The best of the bunch being a sublime Earl Grey tea ice cream and a blueberry sorbet. Mrs Nom loved them so much that the couple opposite us must of noticed and ordered the same! 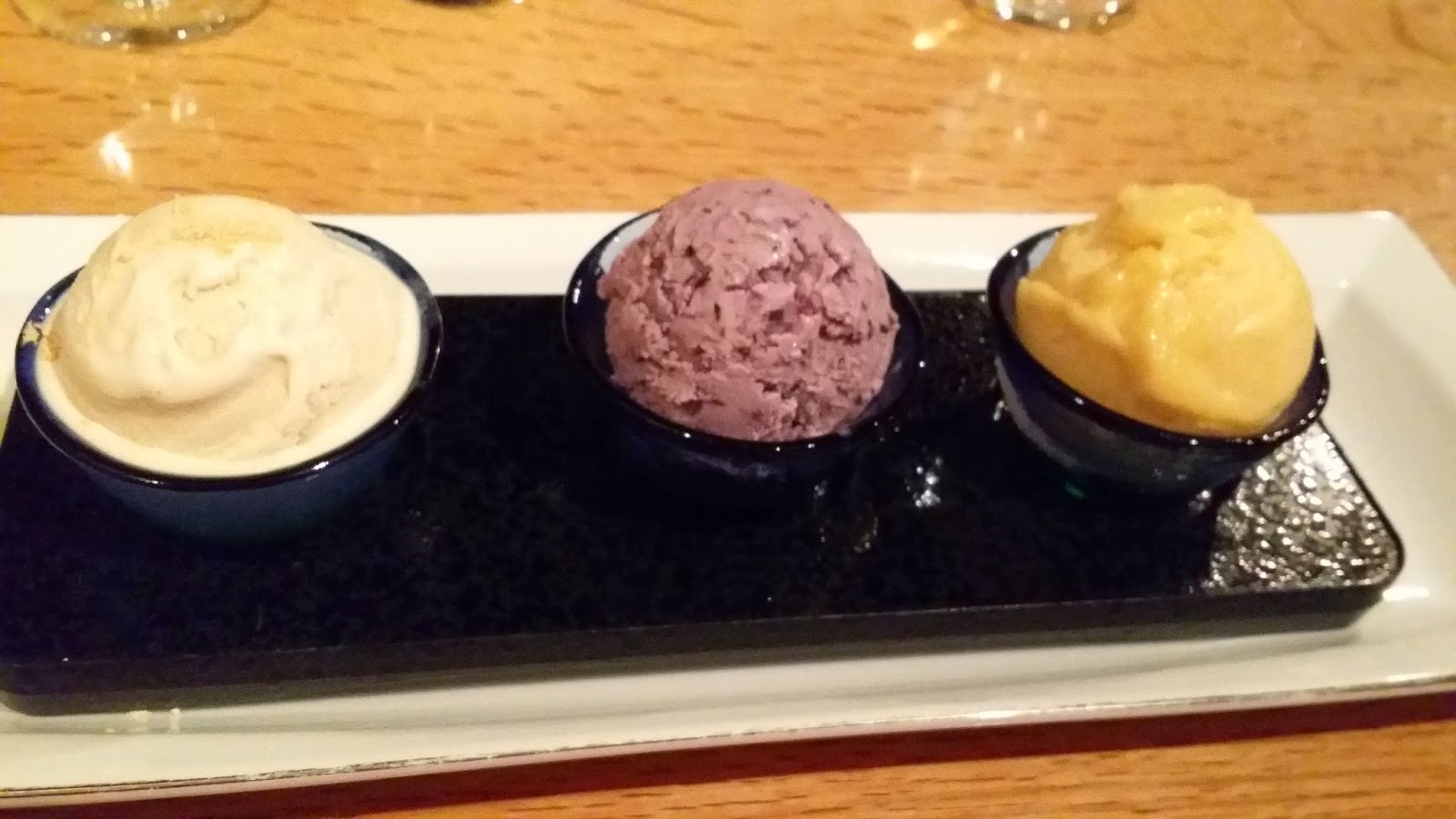 The Ippudo brand has recently opened its first restaurant in London and if the quality is to go by from its international branches it is sure to be amongst the favourites for ramen fanatics. 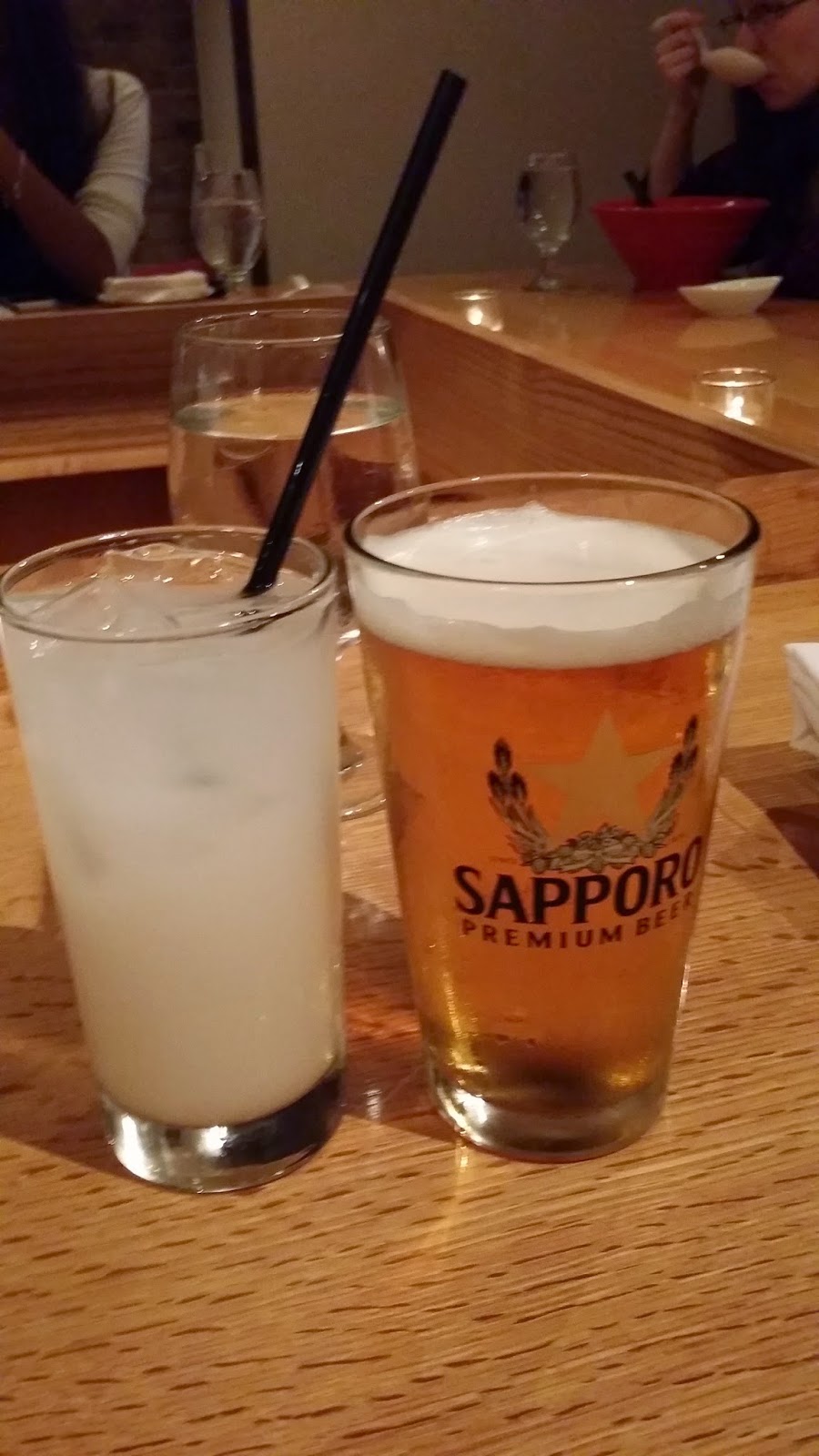