Momofuku is an institution in New York, founded by David Chang and serves modern pan Asian food through its numerous outlets in different guises. We visited Momofuku Ssäm Bar in the East Village after a long days shopping at Woodbury Common. Not knowing the neighbourhood we froze as we approached a queue of some thirty people and breathed a sigh of relief when we realised it was for Momofuku Milk Bar across the road which serves its famed cereal flavoured milk and crack pie.

However the wait for two at the Ssäm Bar on a busy Friday night was forty five minutes and we headed next door its bar, Booker and Dax, for some cocktails. After some fine cocktails we headed back and where immediately seated. We can recommend the Son of a Peach and Tropical Thunder cocktails, the attention to detail from the bartender was amazing and he remade one of the drinks twice as he wasn’t fully happy with them for some reason, rather than serving a substandard drink. 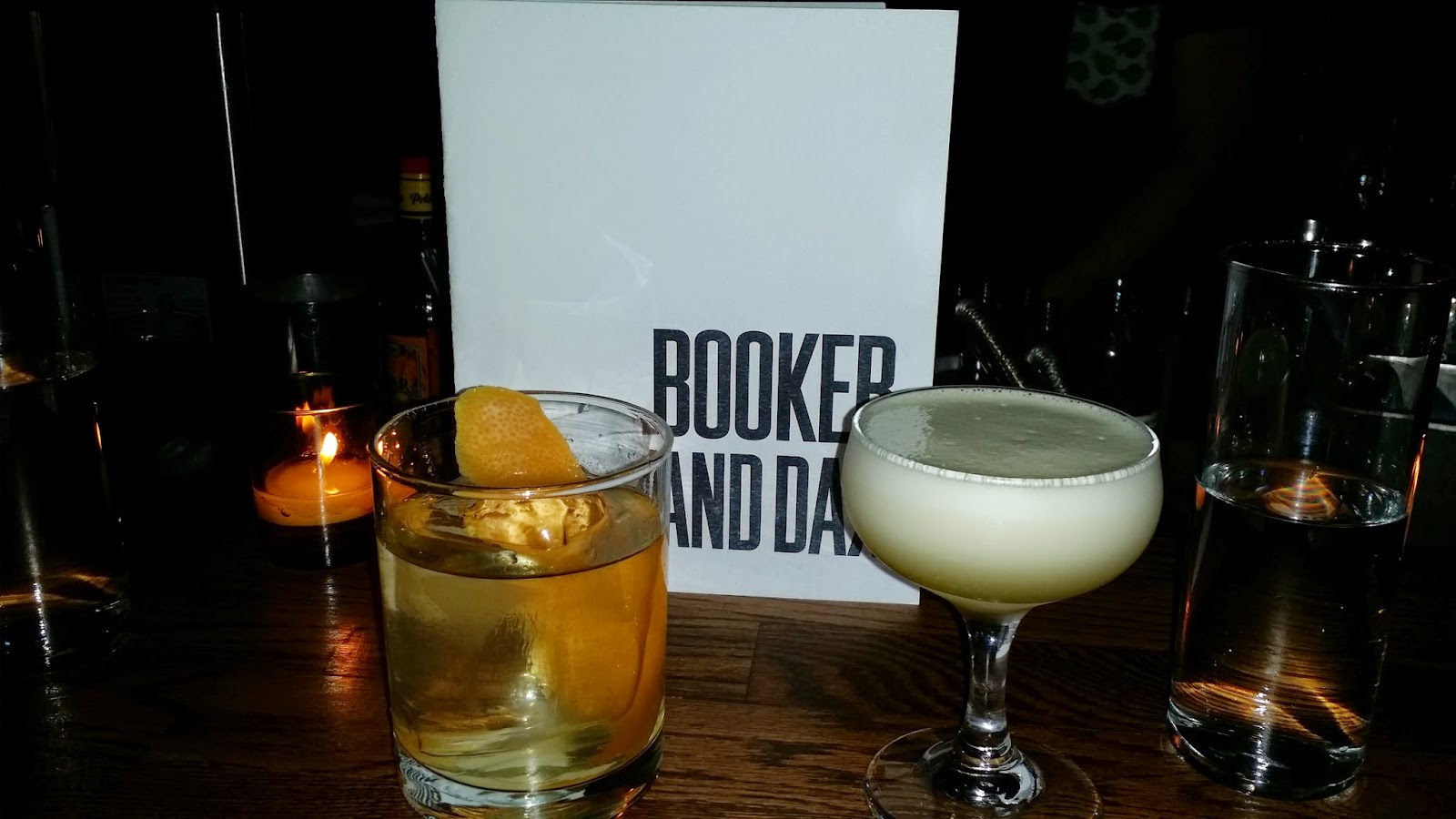 We started with Washburn Island Oysters with plum mignonette, for oyster lovers like us the variety of oysters available in New York is astounding and these were among our favourites from the trip. 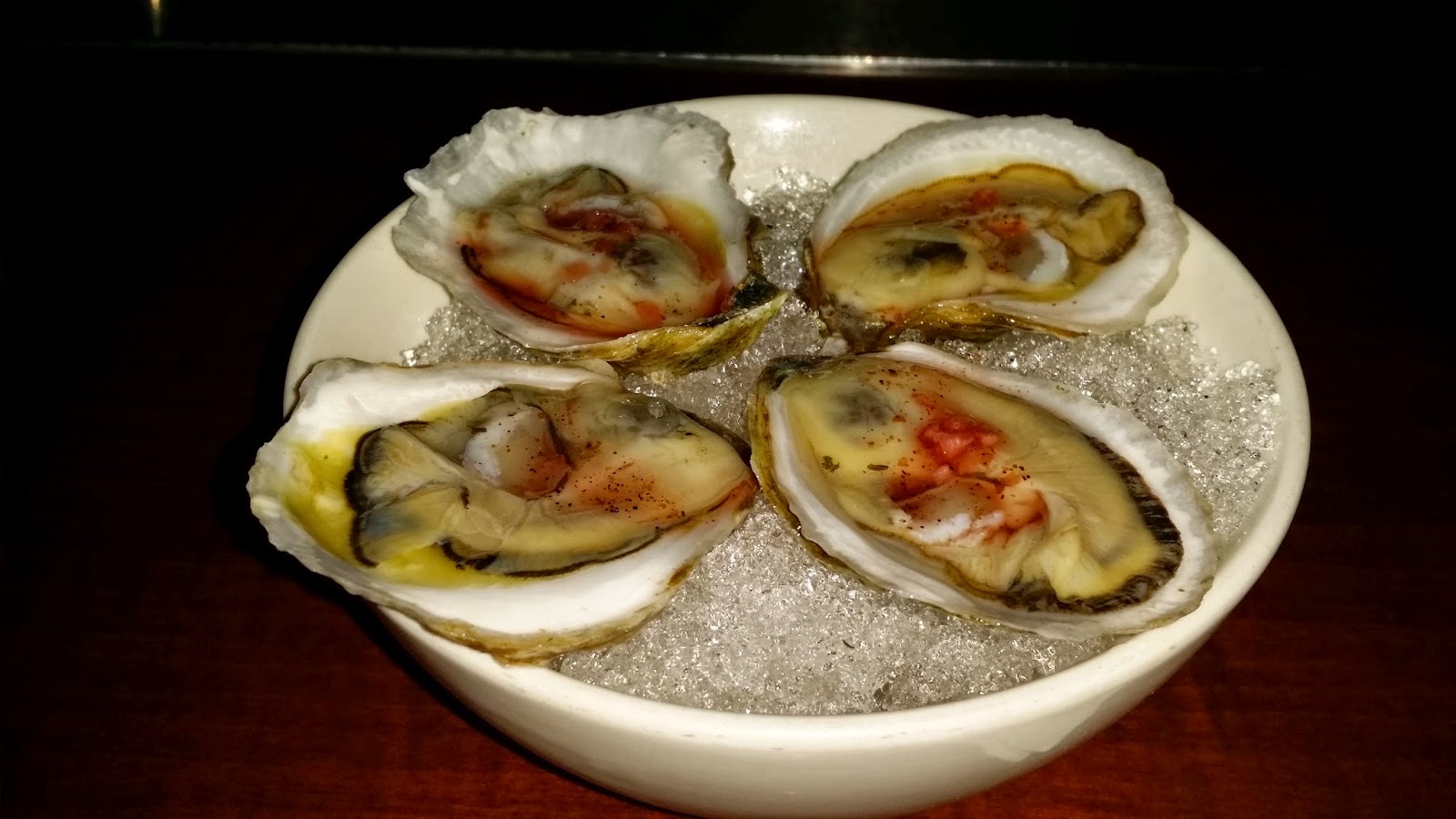 Striped bass with plum, ginger and cilantro provided us with another light and fresh appetiser before the forthcoming meat dishes. 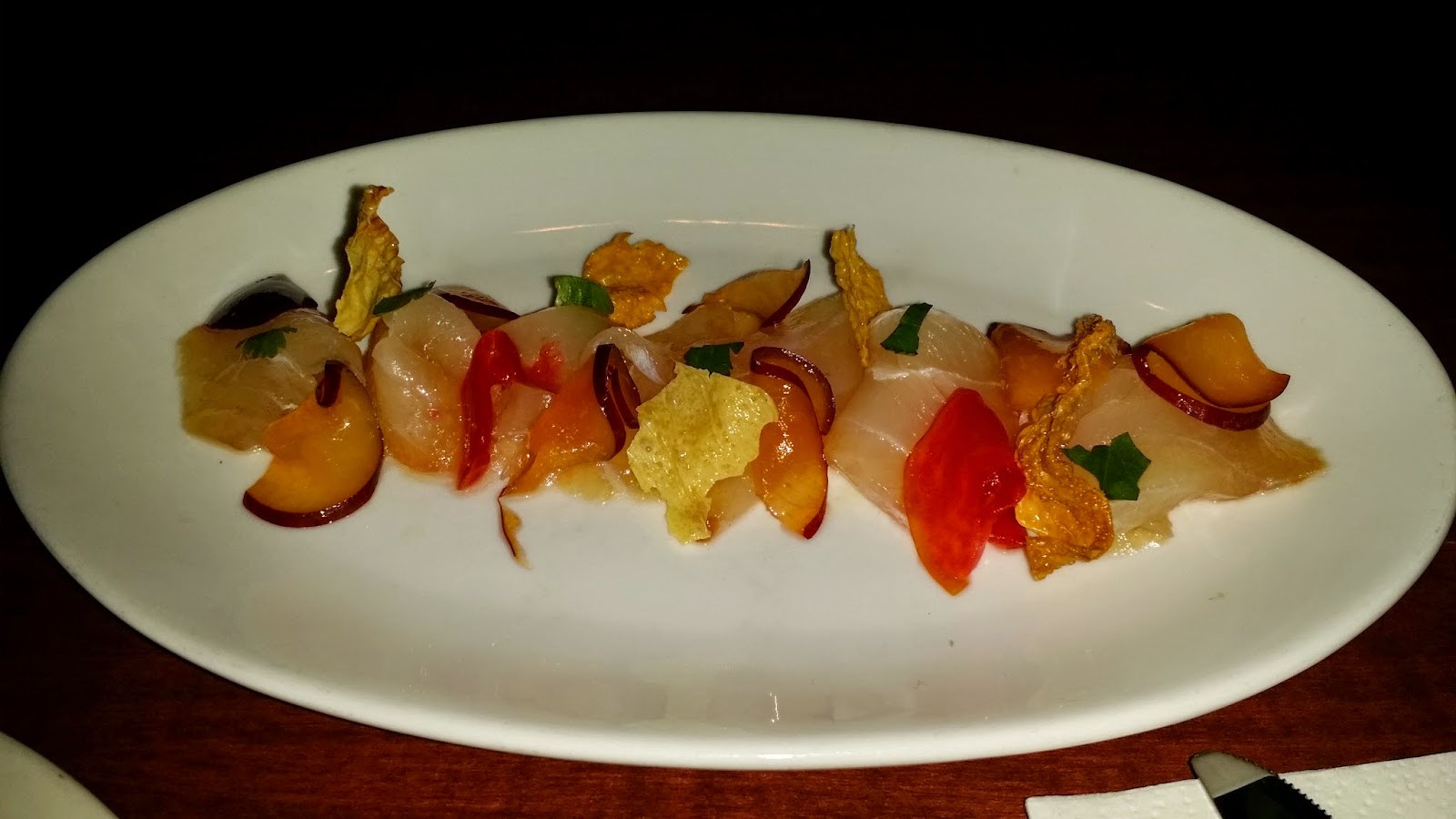 Perhaps the most famous Momofuku dish is the pork belly steam buns with hoisin, cucumber and scallion. I was happy to see the thick layer of fat around the pork which simply melted in the mouth and works so well with the fluffy bun. A must try for anyone visiting the city. 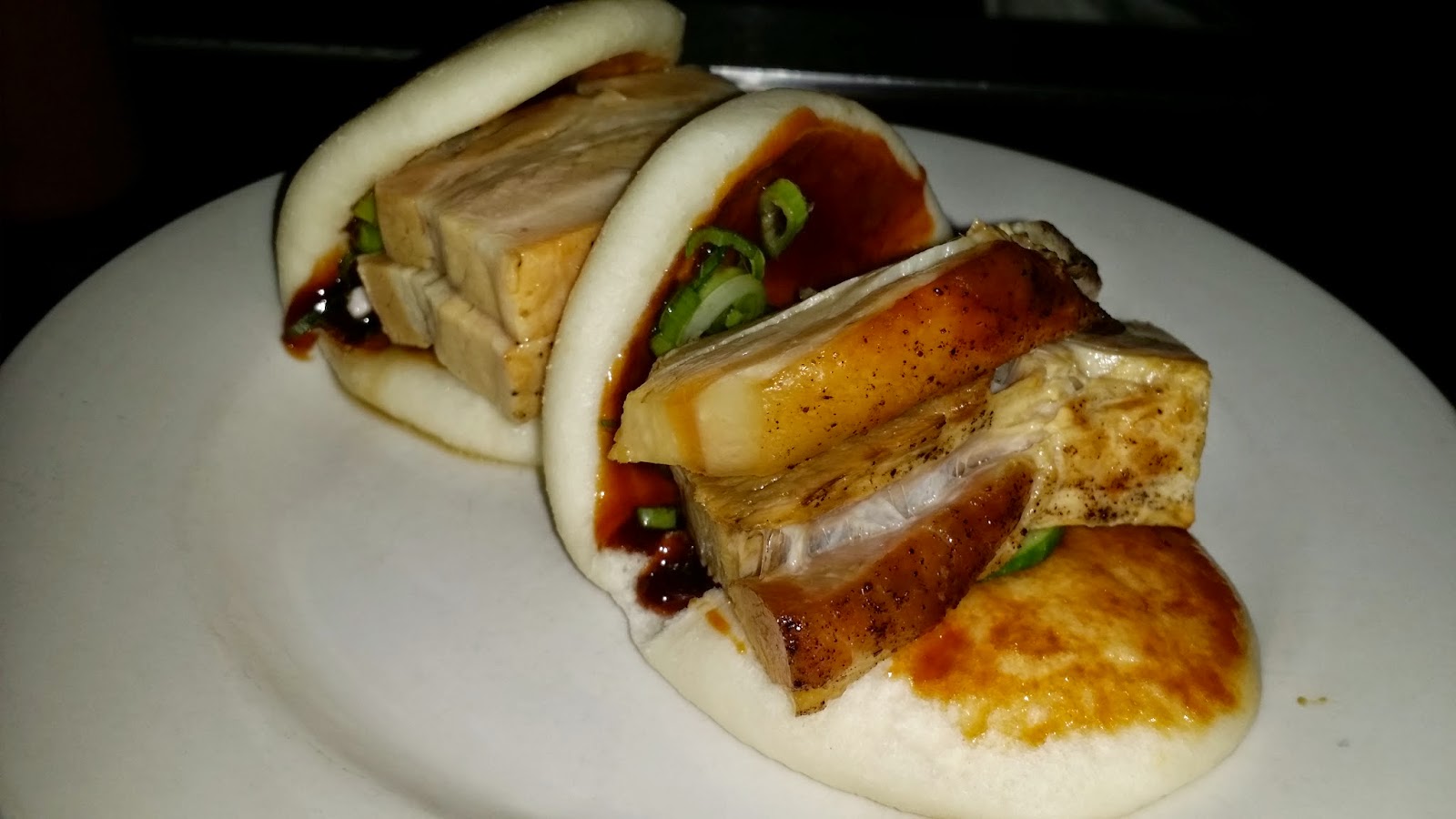 For mains we chose garlic roasted quail with watermelon radish, black garlic and watercress and roasted Long Island duck with lentils, carrot and prune. The black garlic with the quail was slightly overpowering but overall the cooking of the quail and duck was superb and the flavours generally worked well. 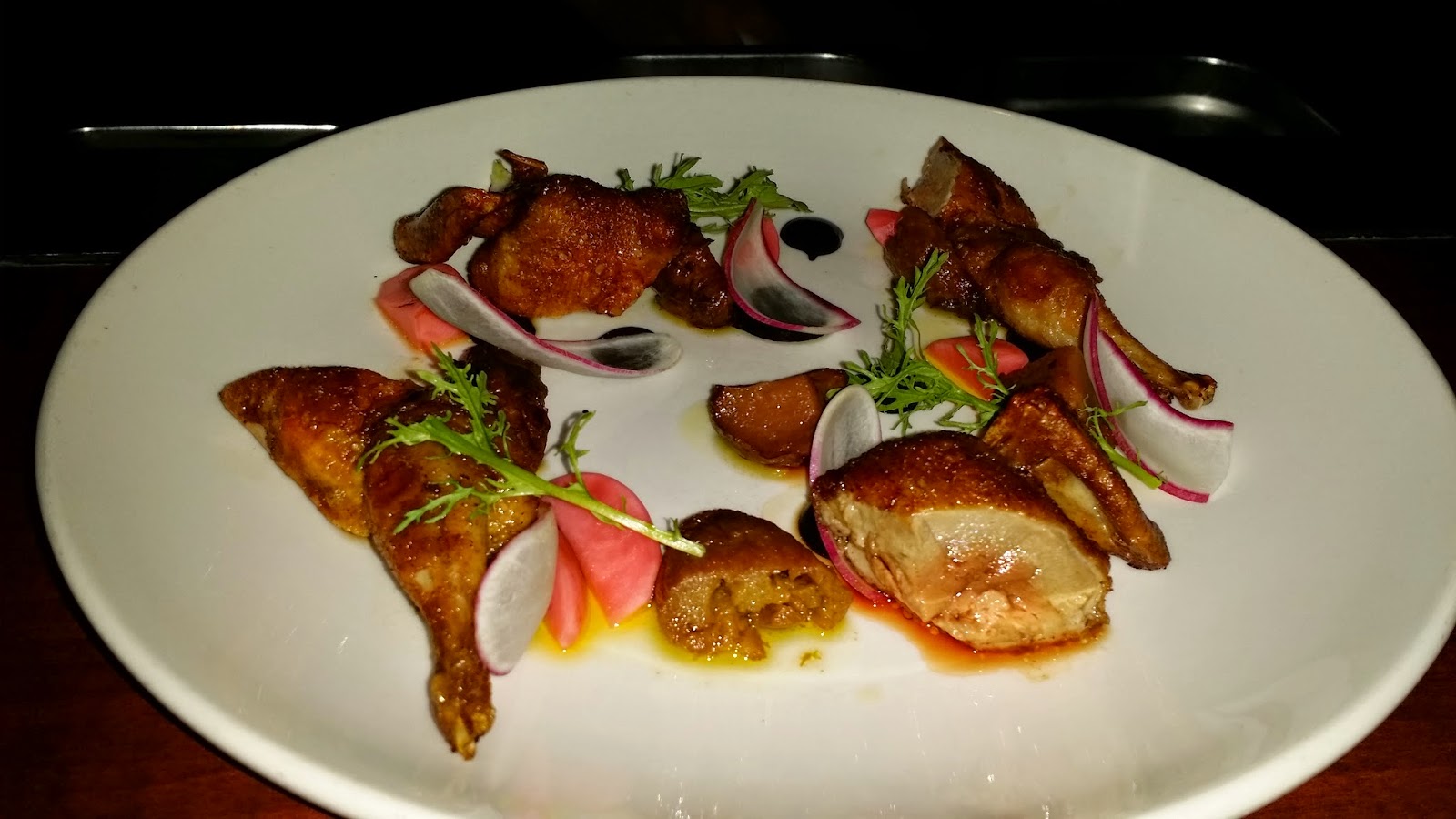 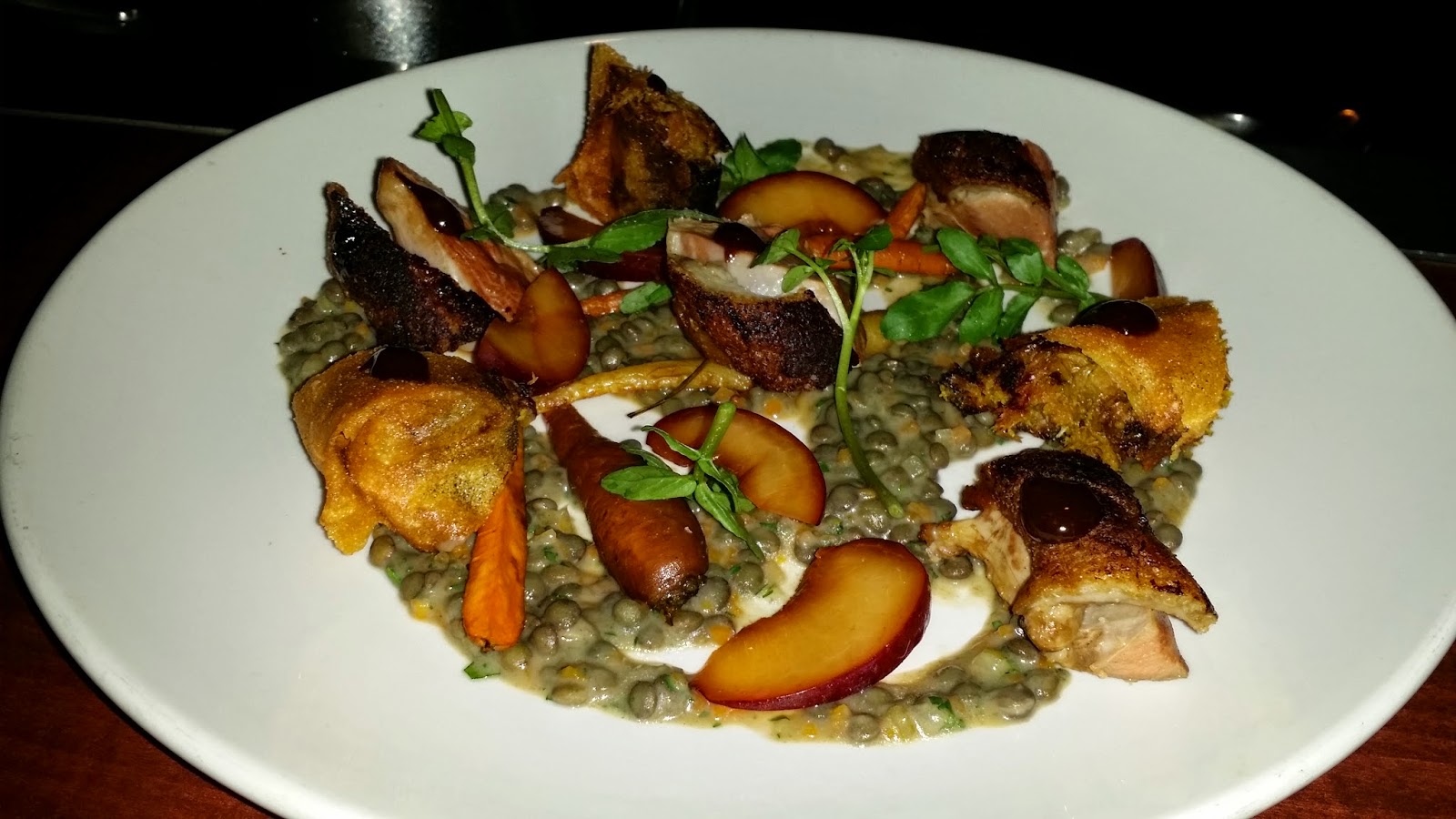 No fuss service with a diverse clientele of suit laden workers blending in with the jeans and tees crowd, it’s all about the food here.