During our summer holidays to the States the pick of the meals in Orlando was had in Bice Ristorante set in the Portofino Bay resort of Universal Orlando. The restaurant is part of a network of restaurants founded in Milan over 90 years ago. The seaside Italian village setting of Portofino Bay was certainly an ideal location for the restaurant which with its ceilings and classic interior exuded a cool charm. 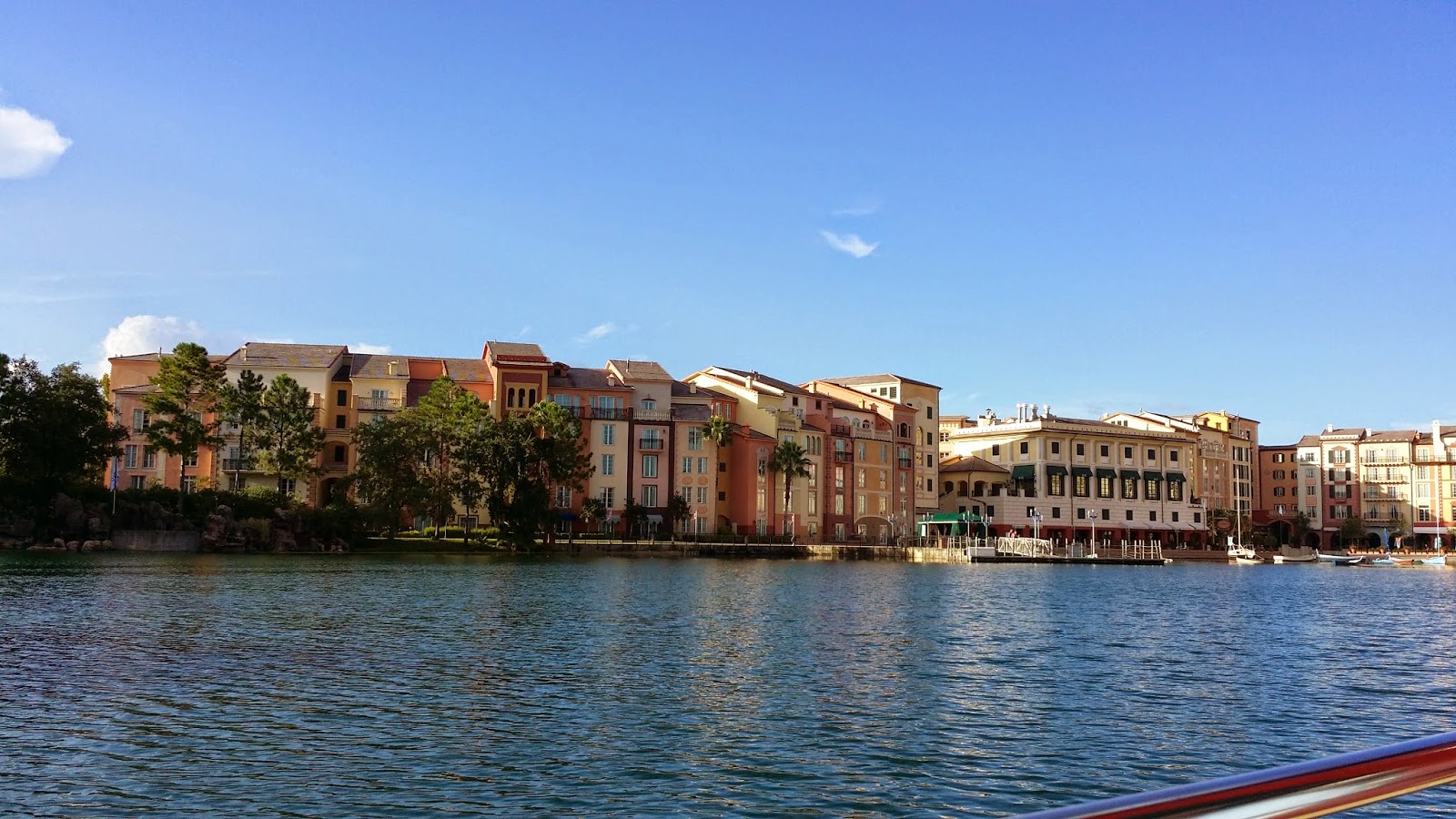 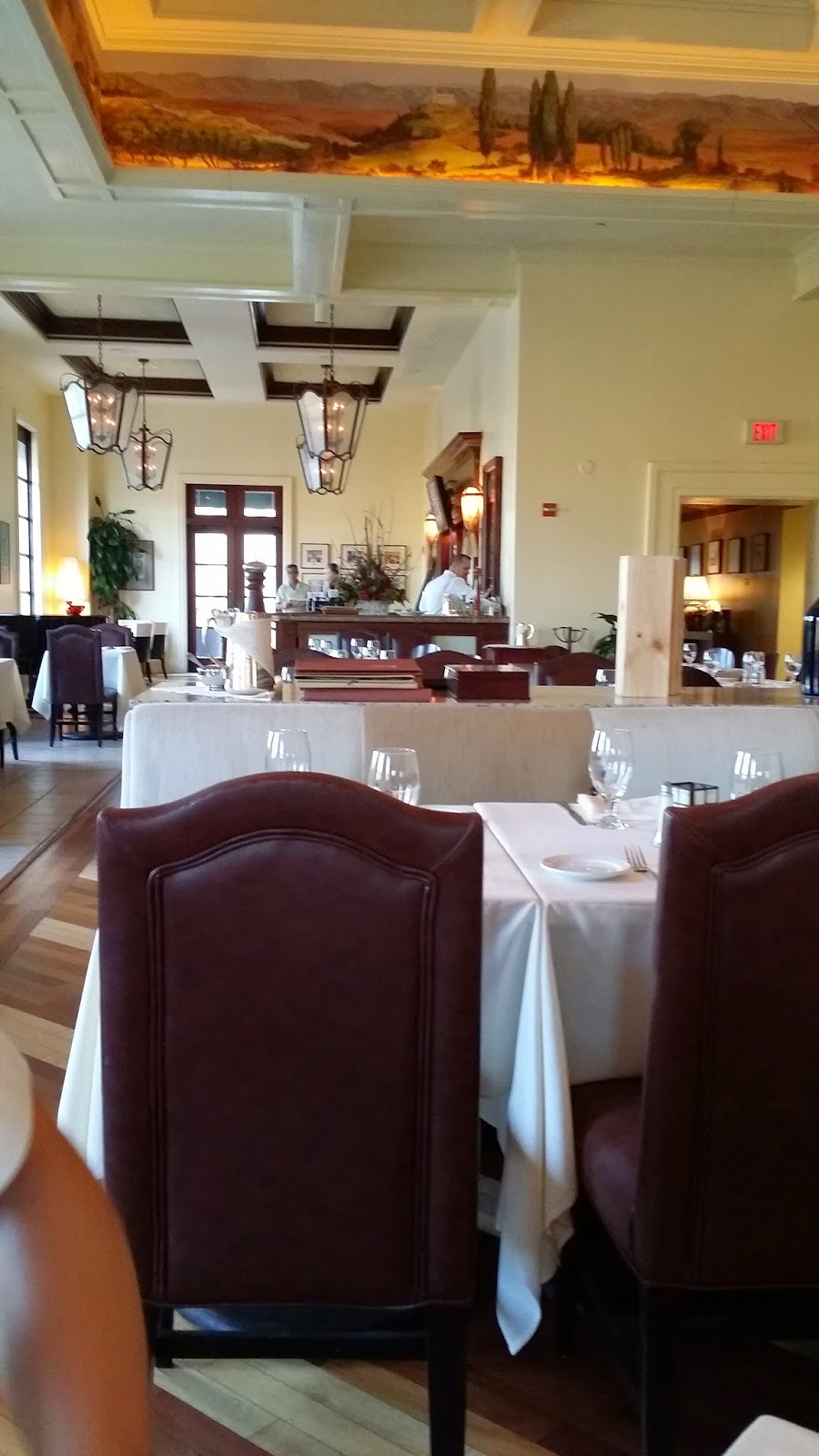 Being the first leg of our trip we were conscious of budgeting, especially with New York being the destination for the second half of the trip. We were in luck as September was billed as the ‘Magical Dining Month’ with many Orlando restaurants offering tempting set price menus at the very reasonable price of $33 for three courses (approx. £21).

The a la carte options had teasing options such as veal shank for $48 (£30) but we stuck with the set menu. The starters included spinach salad with roasted maple leaf duck confit, grilled pears, toasted almond raspberry vinaigrette and porcini and black truffle risotto served in a Parmigiano phyllo dough basket. 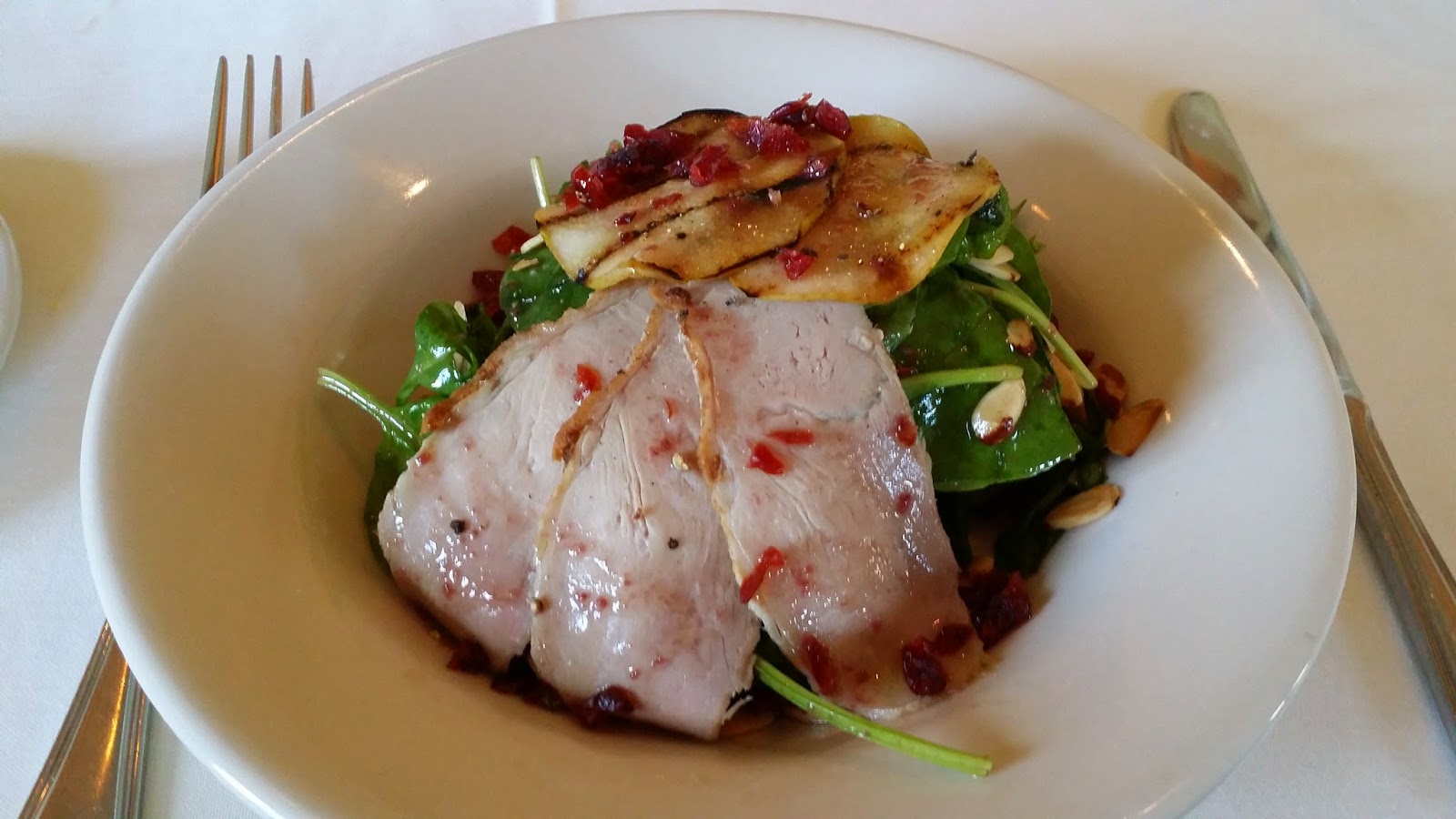 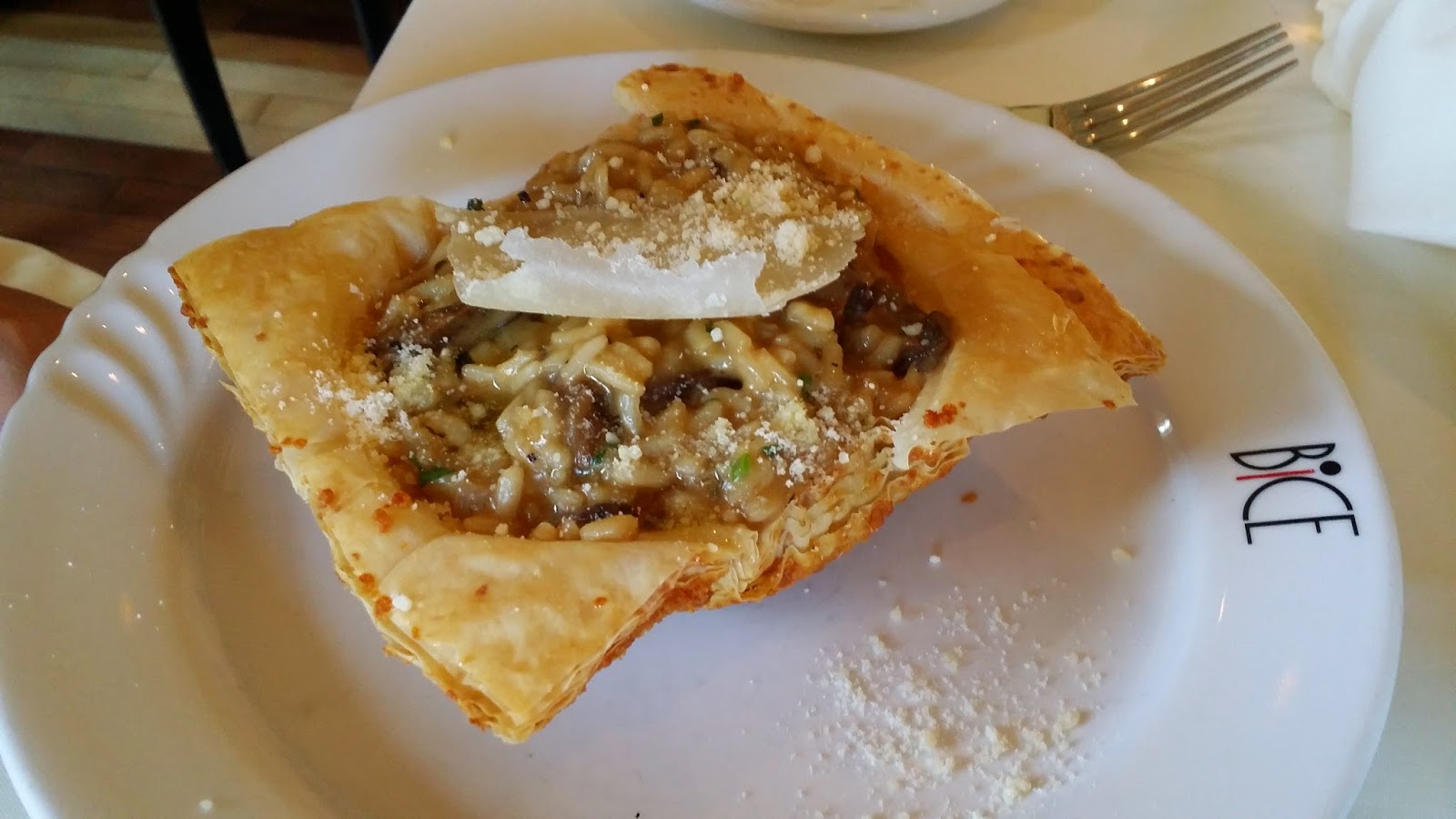 Mrs Nom enjoyed the salad and declared it incredibly well dressed. My porcini  and truffle risotto was pungently fragrant with the right bite as well as being a generous portion, so much so that I had to leave most of the basket.

My main was center cut pork chop Milanese with Sicilian eggplant caponata, topped with grilled pineapple, papaya, hearts of palm and Roma tomatoes. The fried pork chop sizable and not the best choice combined with the risotto as I struggled to finish it. I enjoyed the eggplant and tomatoes but less so the accompanying papaya, the flavours didn’t seem to mix well to me. 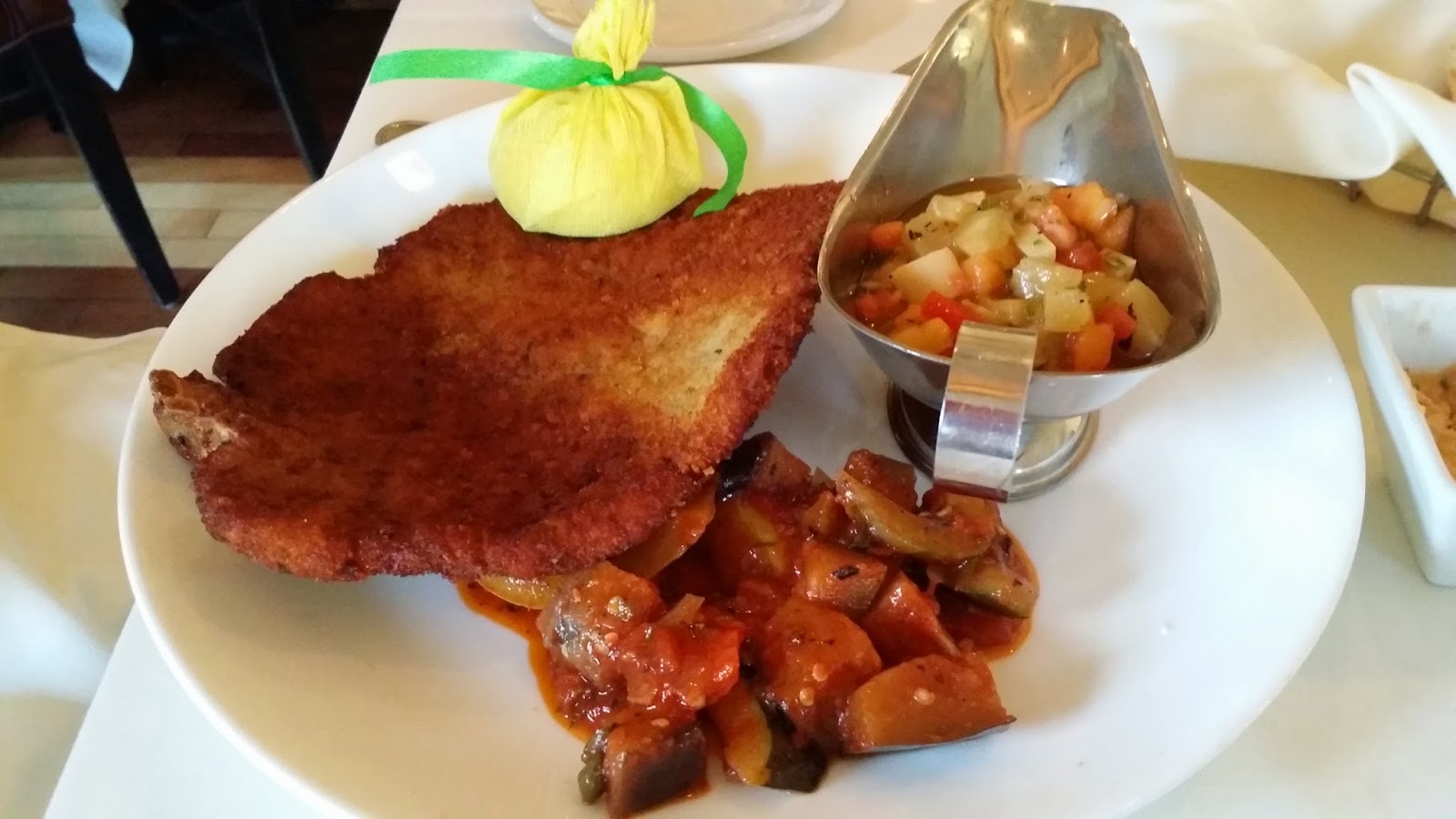 Mr Nom chose agnolotti filled with Maine lobster and ricotta cheese served in a Tarragon pink vodka cream serve and asparagus tips which she quickly polished off, the small sample I managed to obtain revealed light pasta with a superb rich filling. 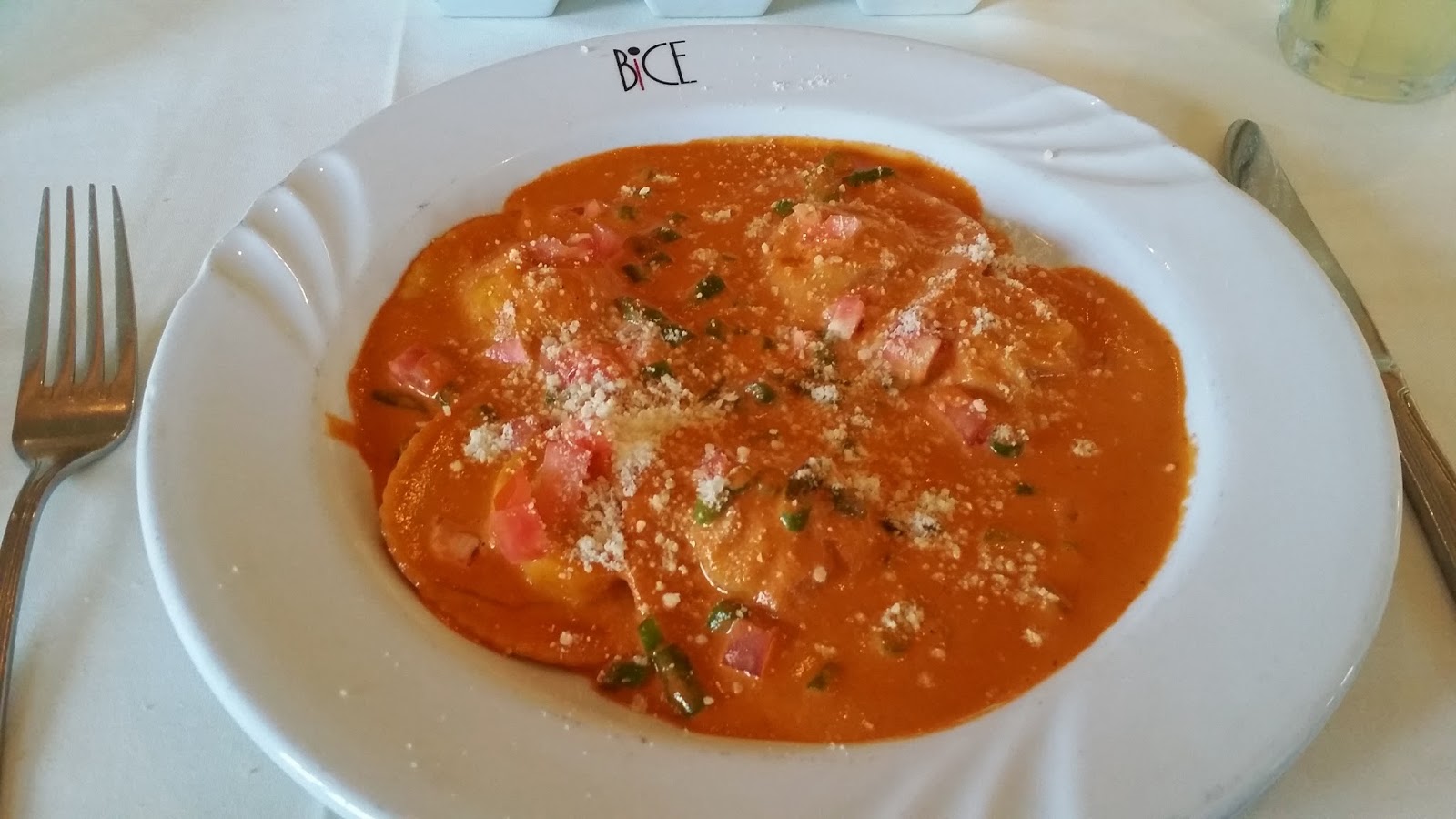 We couldn't pass up dessert and apple strudel ala mode rum chocolate coffee cake with nutella filling provided agood end to the meal. 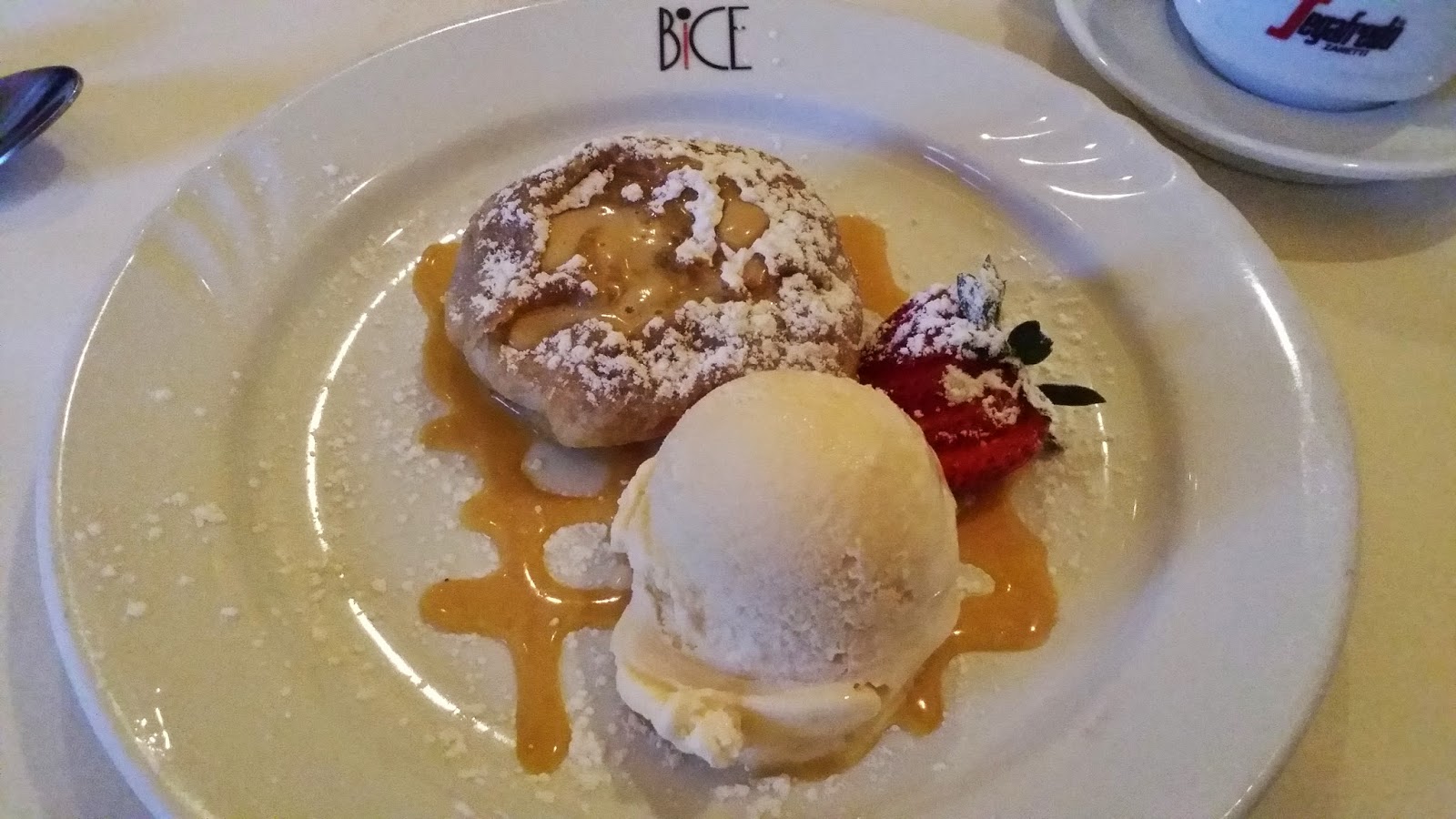 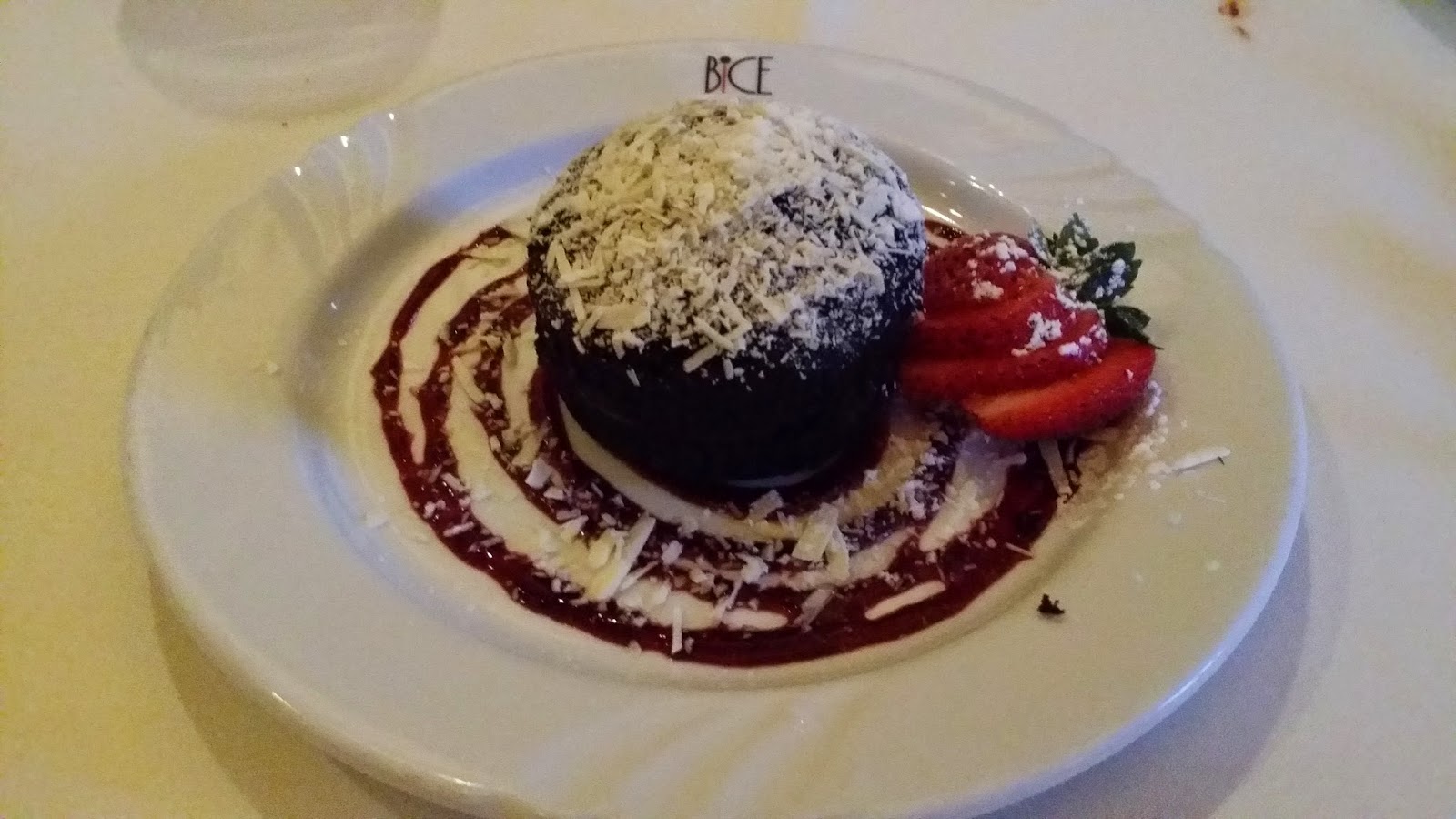 Service was very attentive with waiters in cream jackets, how they kept them clean I'll never know. Due to Mrs Noms overuse of the credit card earlier on in the day it was blocked for unusual behavior and we were discreetly informed as to not cause embarrassment, not that we would be that bothered but some certainly would create a scene. Probably one of the more high end restaurants of the family orientated Universal resort and recommended for a hearty Italian meal.