Tchoup Chop is an Asian Pacific restaurant from US celebratory chef Emeril Lagasse situated in the Royal Pacific Resort at Universal Orlando. The name is a nod to New Orleans' famous Tchoupitoulas Street, where Emeril's flagship restaurant is located.

The menu reads well with creative dishes. We ordered from the a la carte and a set menu, the portions were on the large size, which we now expected in the US but yet managed to over order again!

A starter of seared ahi tuna poke nachos was huge with piles of wonton chips, guacamole and Hawaiian chilli pepper alioli. This was a great snack with meaty chunks of tuna. 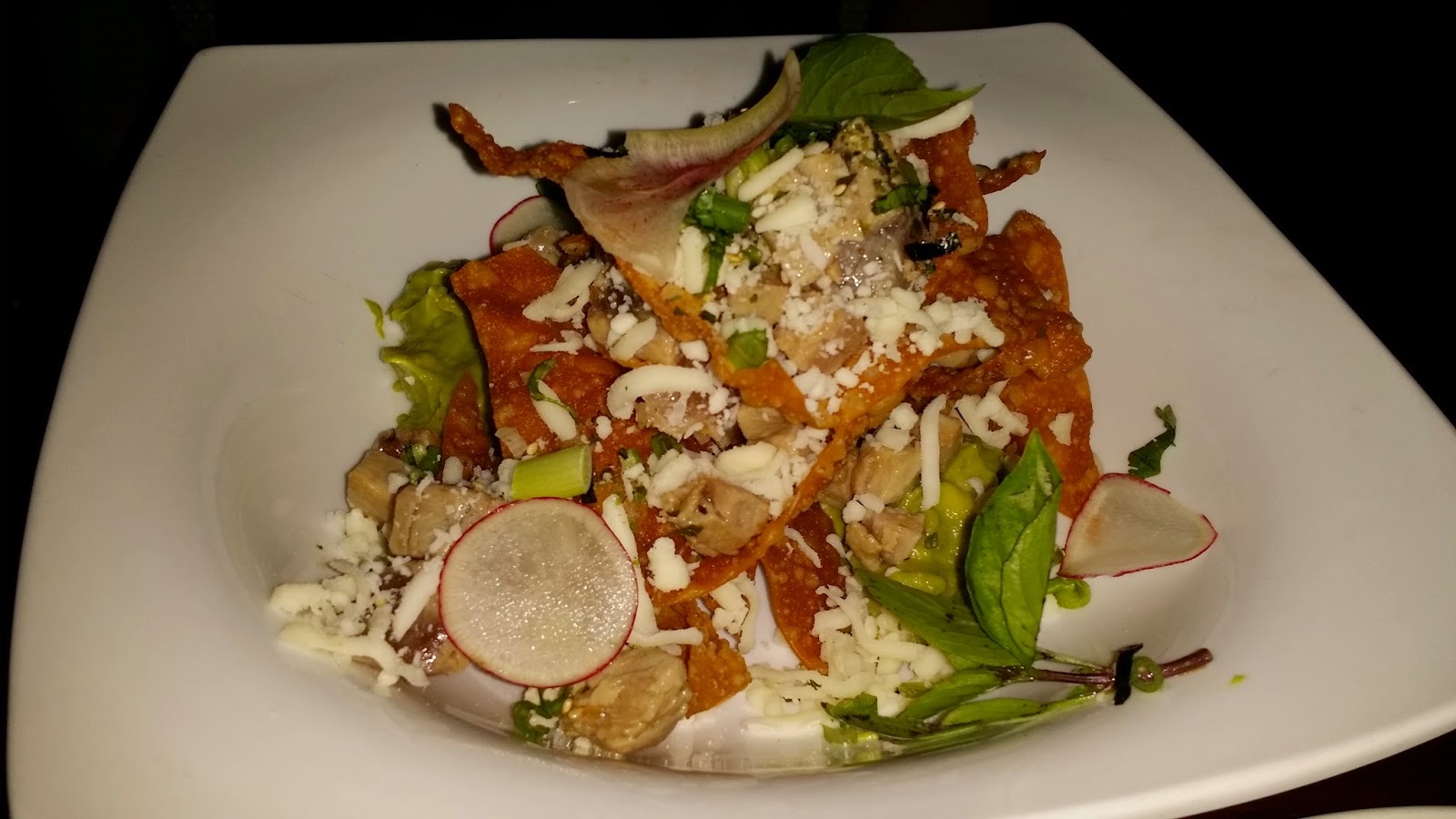 The signature starter was the Tchoup Chop crunchy shrimp with hot and sour chilli glaze. Three big hunks of fried shrimp with a tangy sauce. 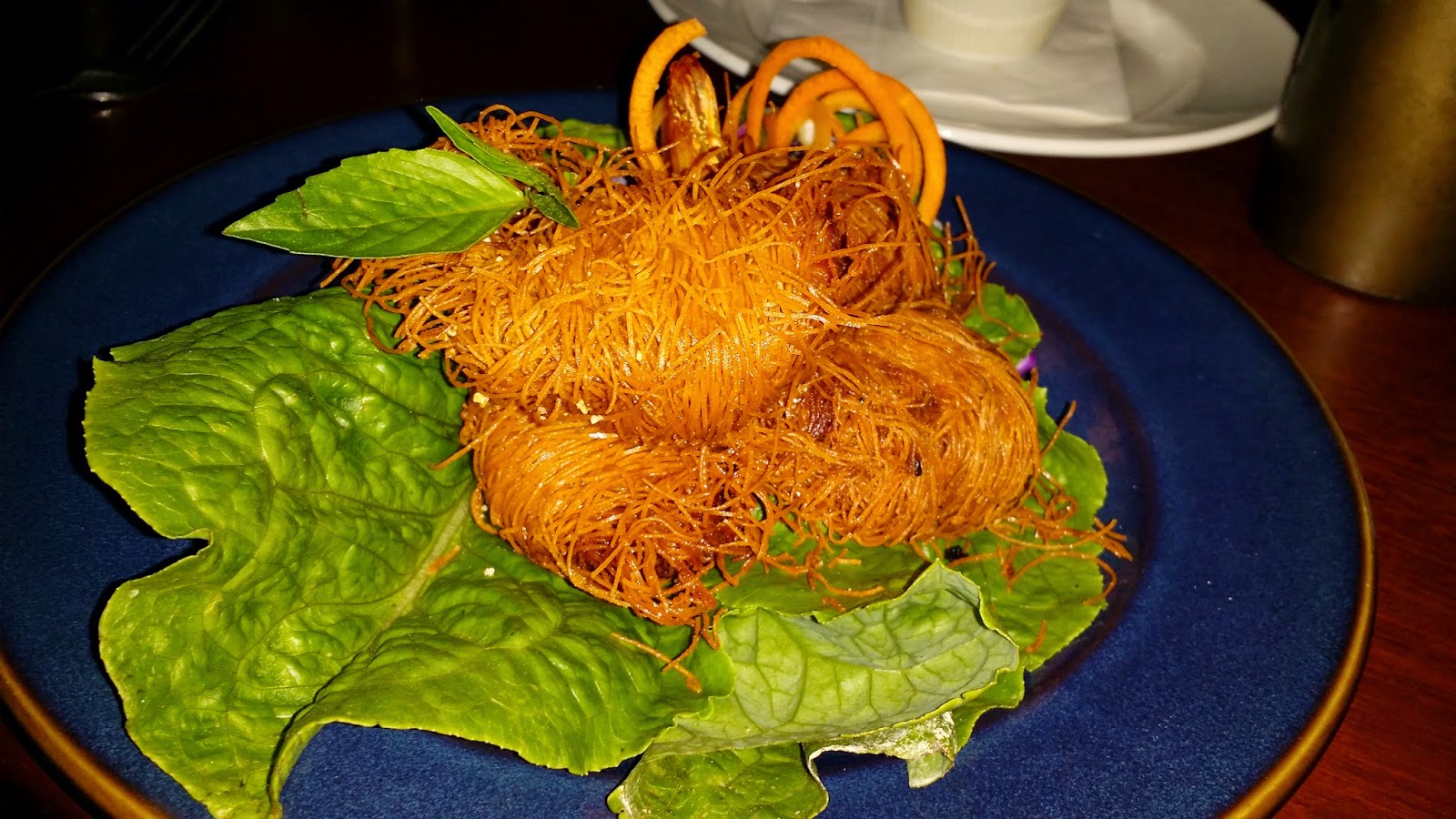 One dish we could of done without if we knew how big the portions were was the surf & turf maki, blue crab, cucumber, Hibachi skirt steak, Asian chimichurri and white truffle oil. Whilst sounding great we didn’t think it worked as a dish with the steak being too tough served as sushi and being a tad dry overall. 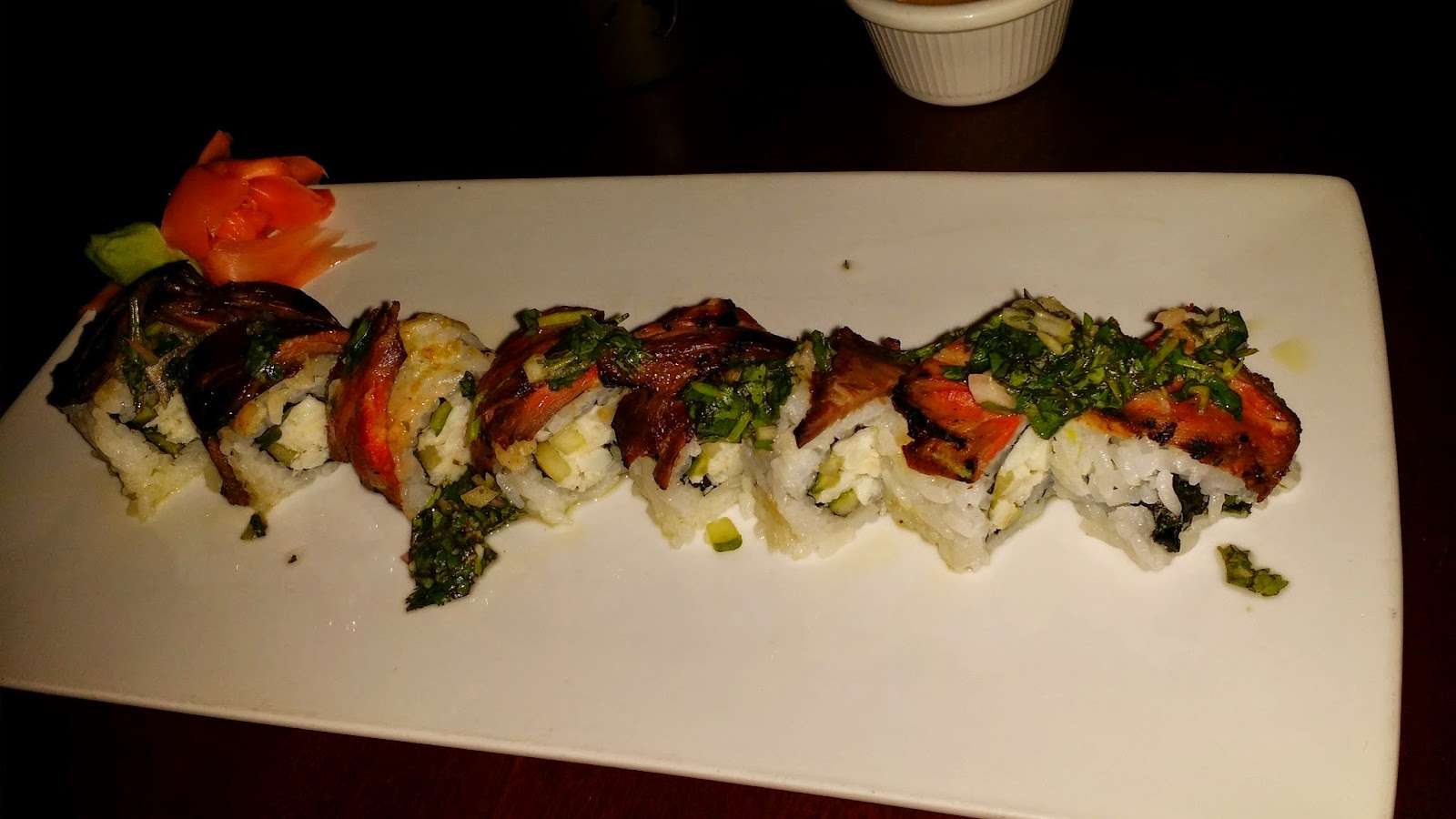 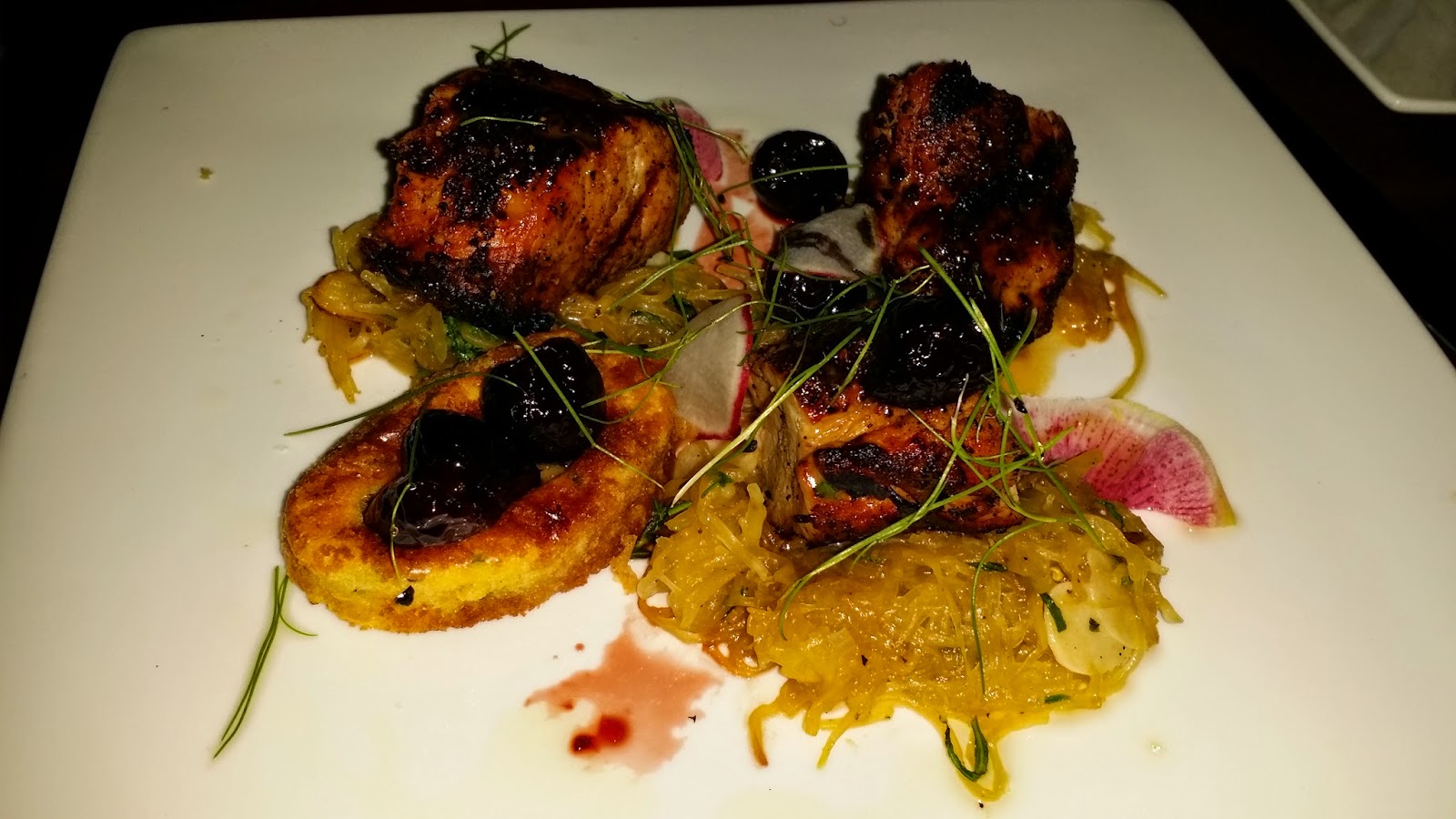 Less successful was the baked seafood cobbler, edamame mushroom ragout and truffle scented lemon herb streusel. Whilst very fragrant it became a chore to eat towards the end as the streusel became clay like when mixed with the ragout. 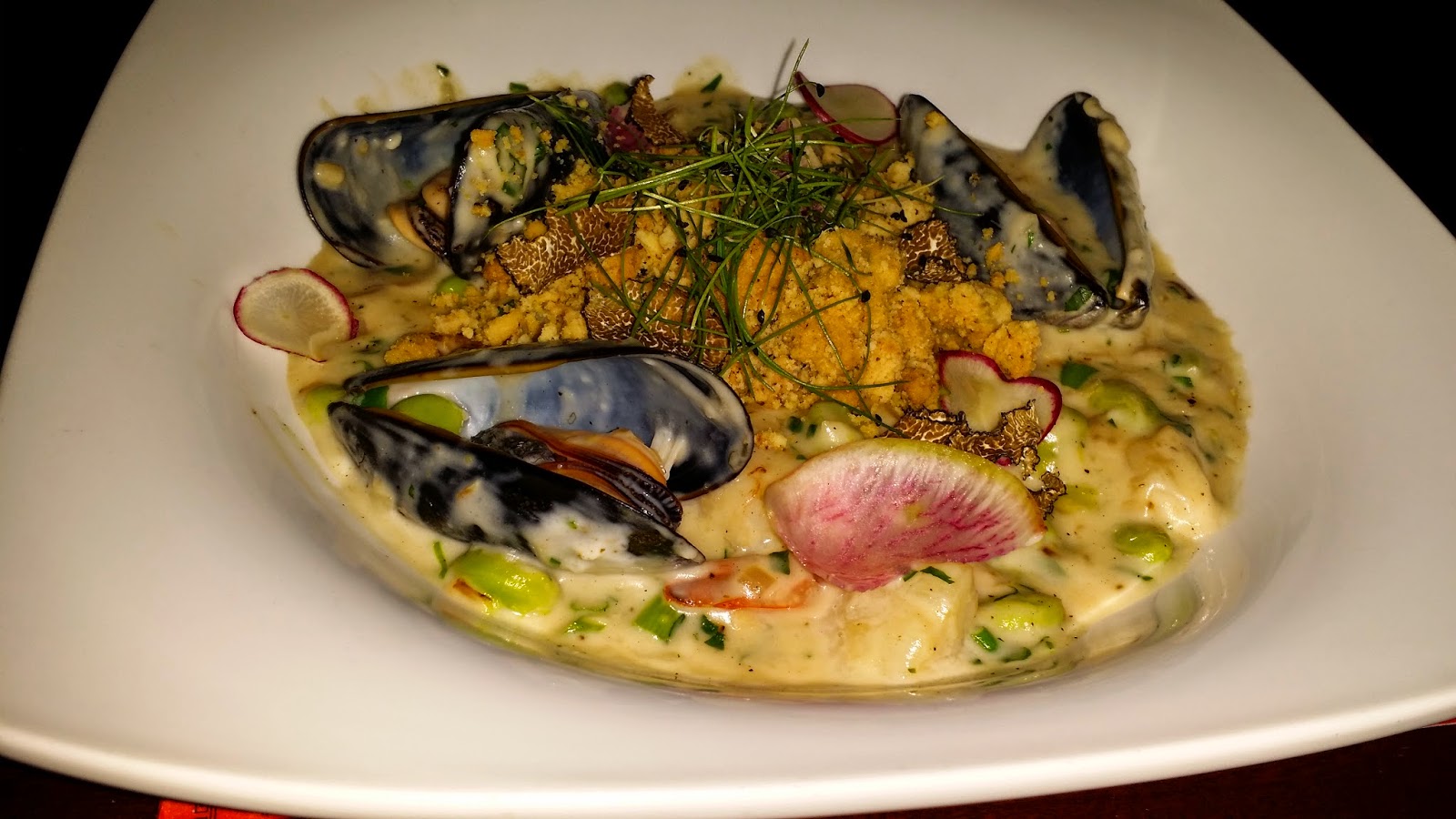 A dessert of baked Hawaii in a jar, coconut cake, vanilla ice cream, meringue and caramelised pineapple was a very end to the meal. 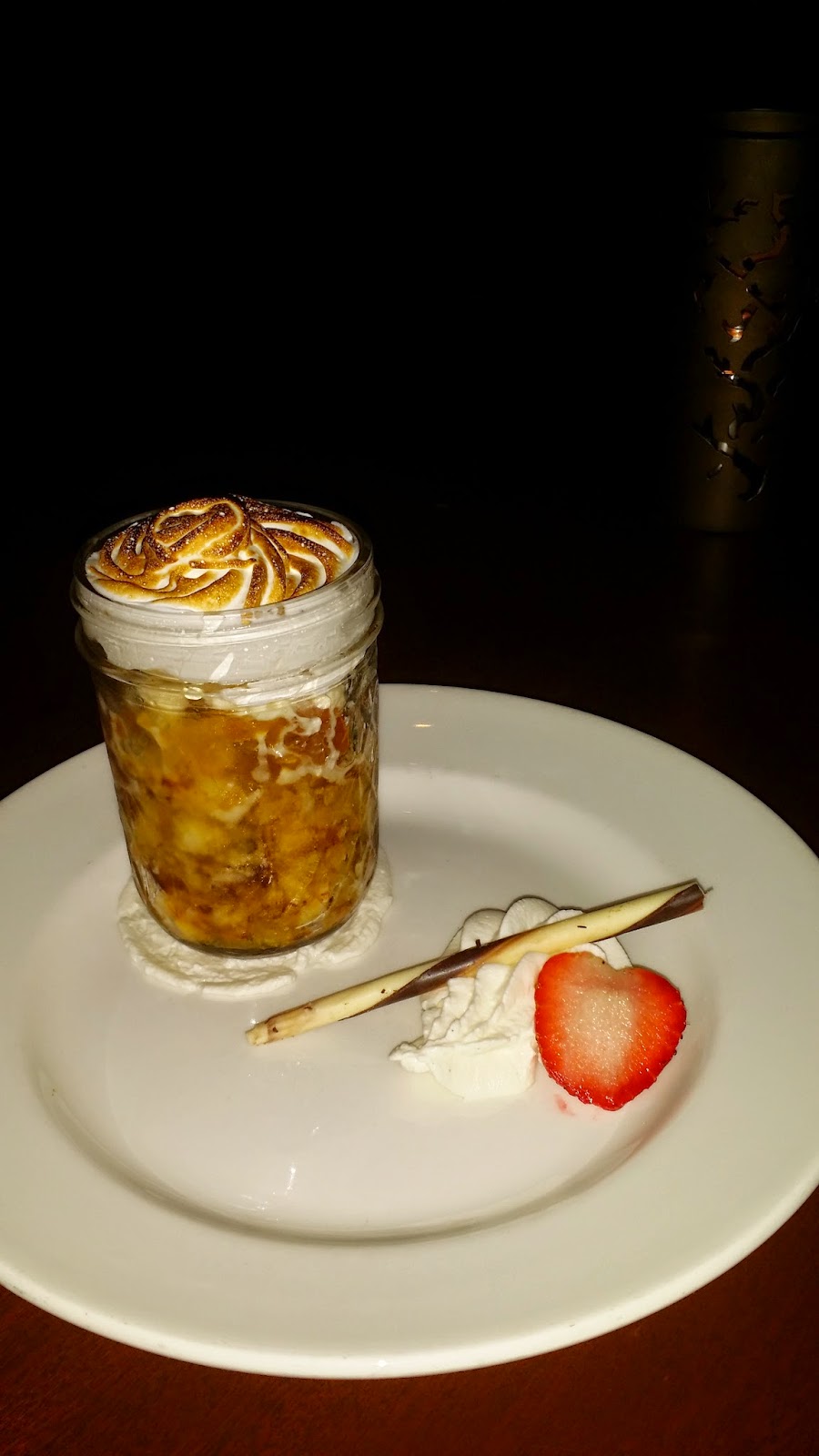 Overall some interesting concepts with some hit and misses, but bold enough to experiment. 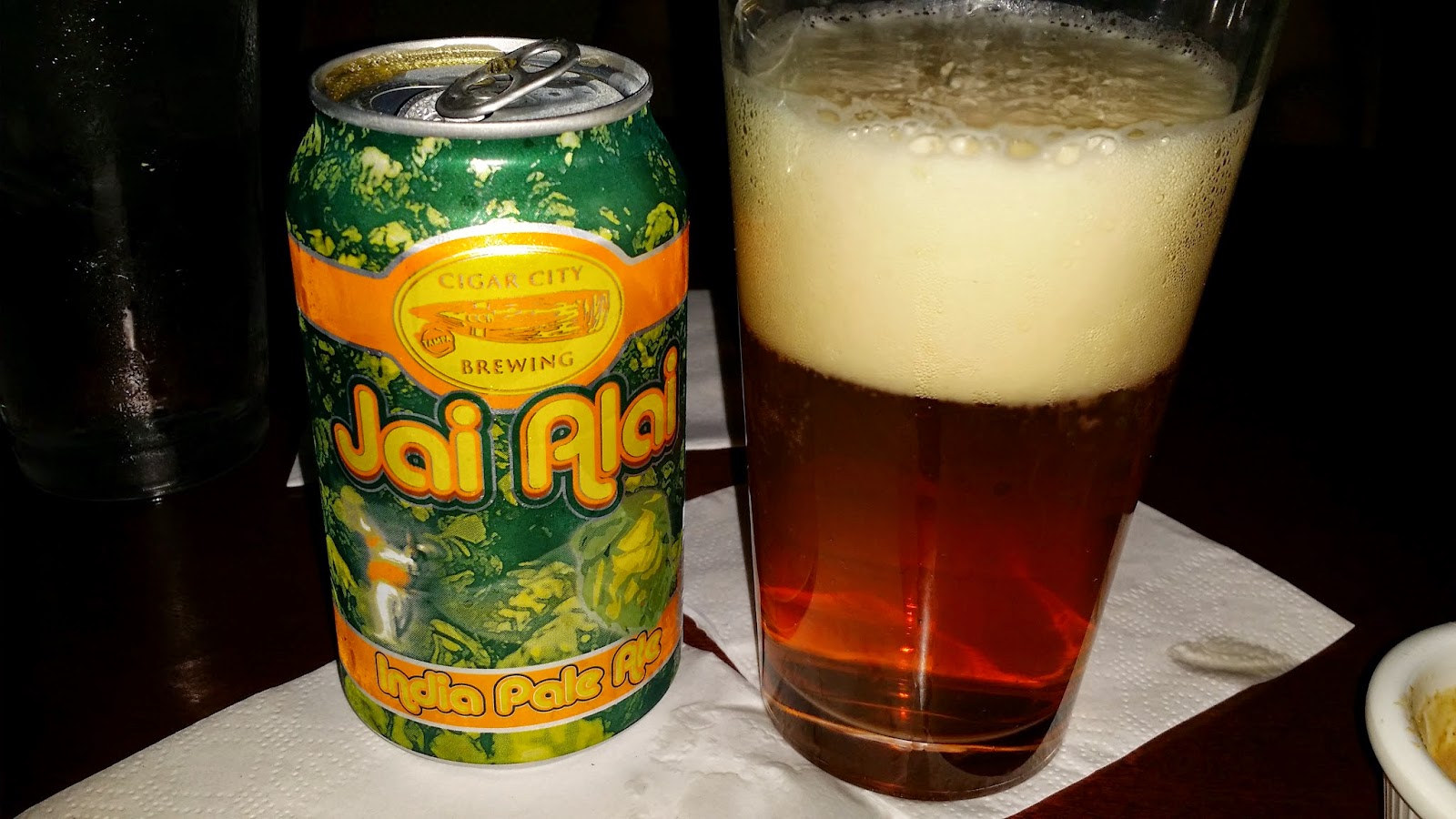 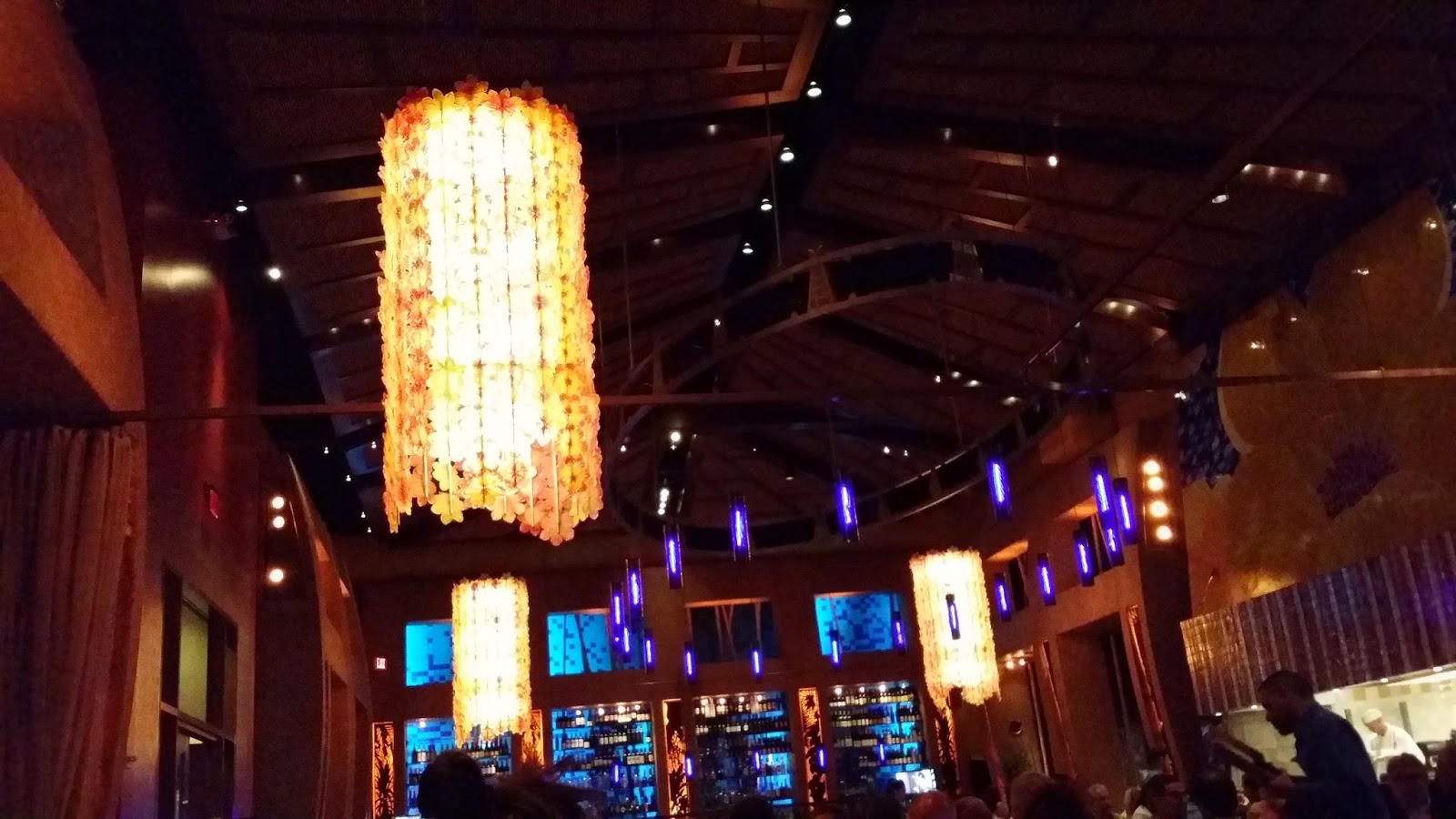