The Art School is the latest fine dining venture by Paul Askew which recently opened in early September. As a stalwart of the North West dining scene and formerly of the London Carraige Works on Hope Street the website states that it was Paul’s dream to open a fine dine food haven in Liverpool city centre. The restaurant is located in the lantern room of the Victorian 1888 ‘Home for Destitute children’ building on Sugnall Street which is a stones throw away from Hope Street. 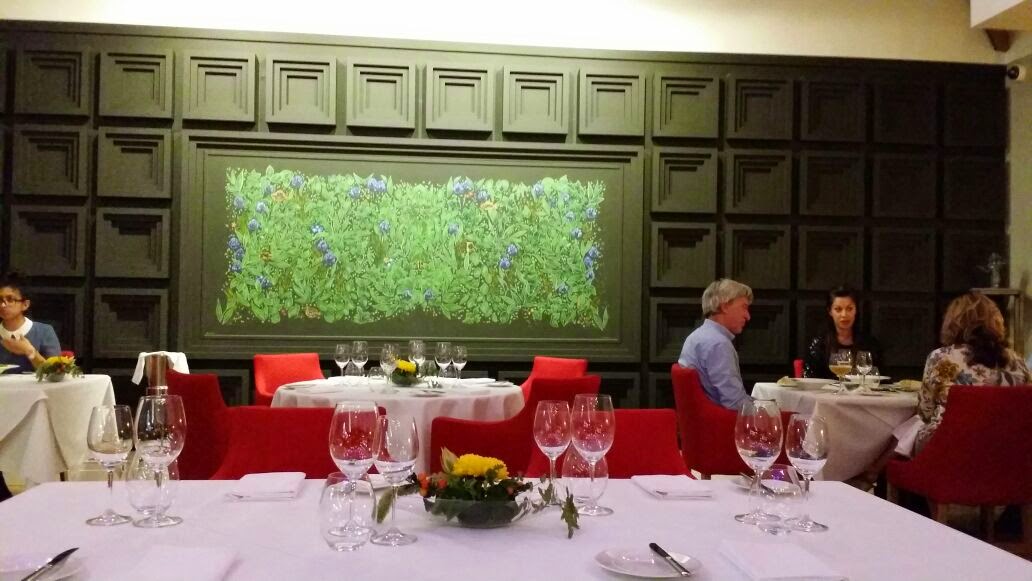 The ethos of the restaurant is to provide a high end dining experience using only the finest produce and ingredients perfectly accompanied by superb wines and champagnes. A range of menus is offered depending on the day including a tasting menu at £85 per head, prices to match the ambition of the restaurant. We visited to sample the prix fixe offering which at £29 for three courses offered good value for money, especially on an early Saturday evening. The dining room is bright and airy with a large window allowing guests to view the chefs at work in the kitchen. 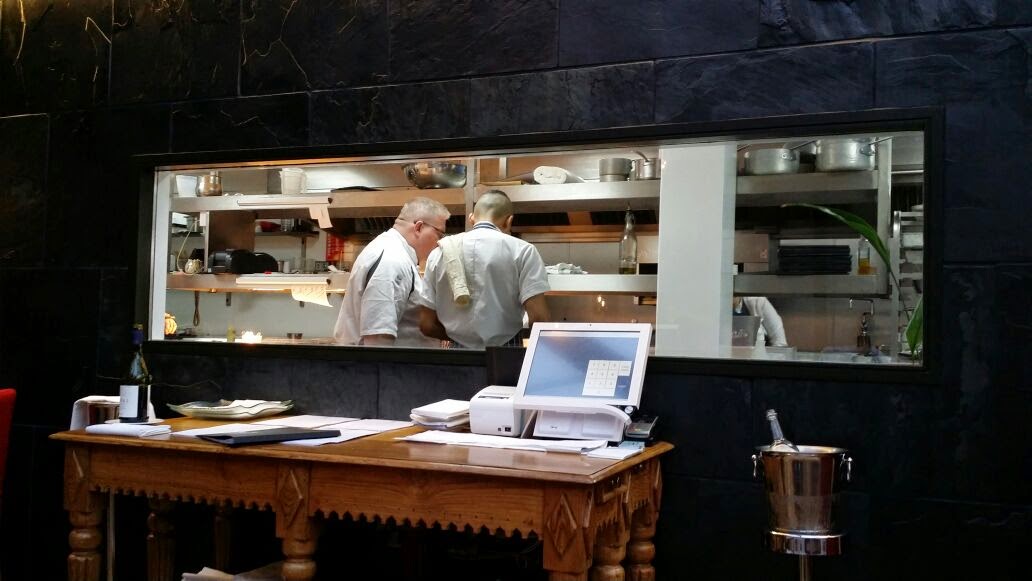 The prix fixe menu has a large variety of dishes including fish, meat and vegetarian. I opted for Lakeland venison carpaccio with horseradish snow, parmesan and caperberries whilst Mr Nom chose the twice baked soufflé of wild mushrooms, thyme and truffle served with Dijon cream and charred onions. The carpaccio was wonderfully presented and a light dish with ingredients with complemented rather than overpowered the venison. Breaking from his usual meat/fish preference the soufflé was well received. 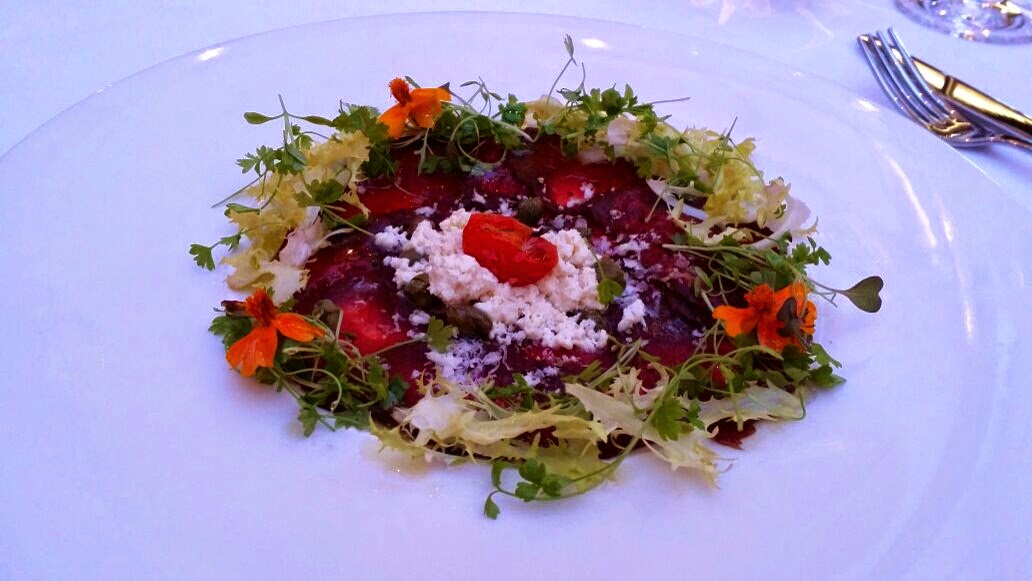 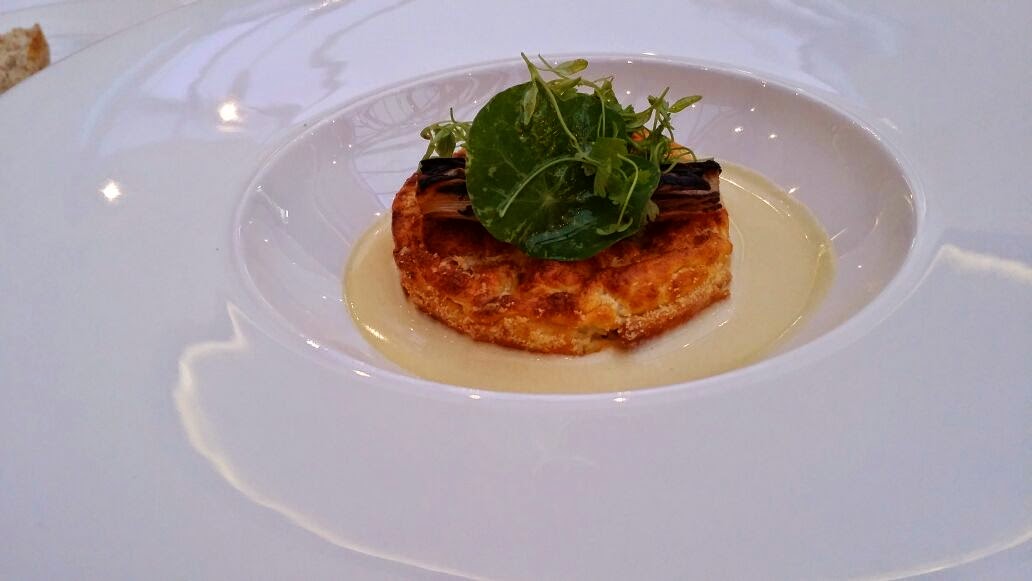 For my main I chose the Whitchurch free range chicken with sweetcorn, buttered spinach, game crisps and local black pudding. Topped with a multitude of crispy fired slices of root vegetables the dish came together as one to form a pleasing dish. 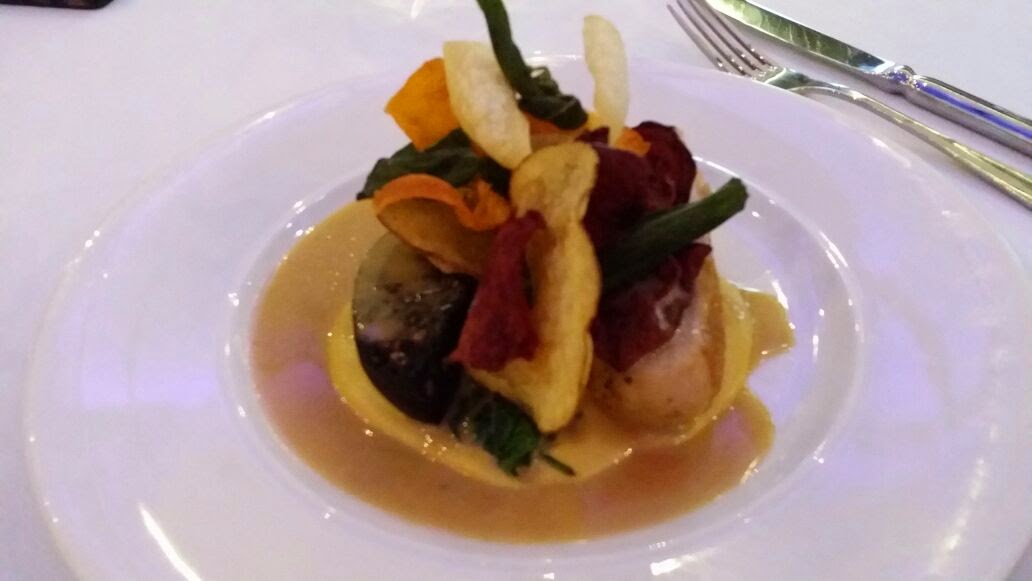 Back on familiar territory as Mr Nom chose the braised Hereford ox cheek and tongue served with heritage carrots, champ and natural jus. The braised ox cheek flaked easily with little pressure and the champ mash was a delight. 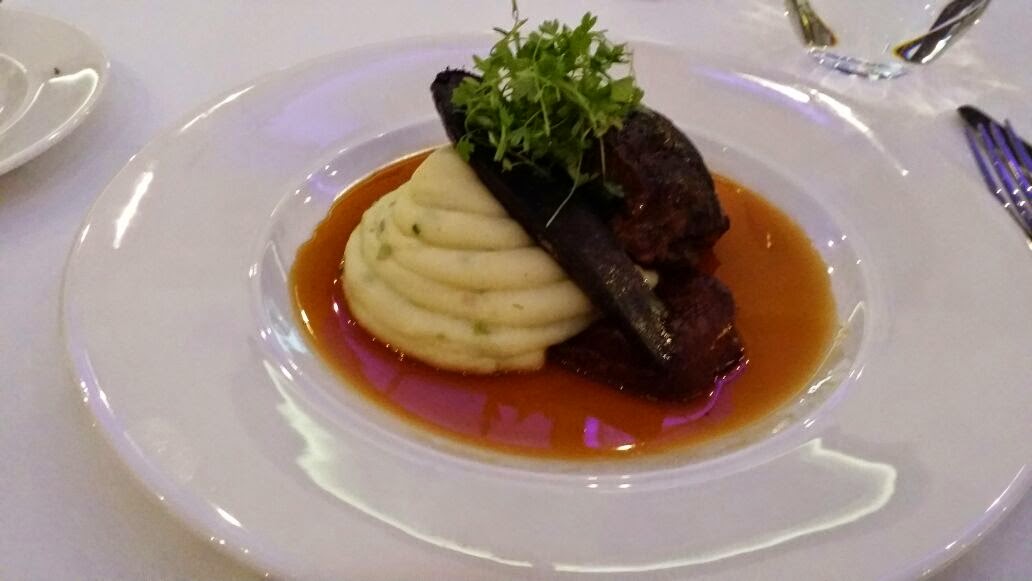 The dessert offering was a sharing plate of mini desserts including pear and apricot bordelou, mini éclairs,lavender pavlova, coxs apple tatins and macarons. Indivudially the pear and apricot bordelou and coxs apple tatins were excellent and we would have been satisfied with larger portions rather than one bite! The other components we felt would be more suited as petit fours. 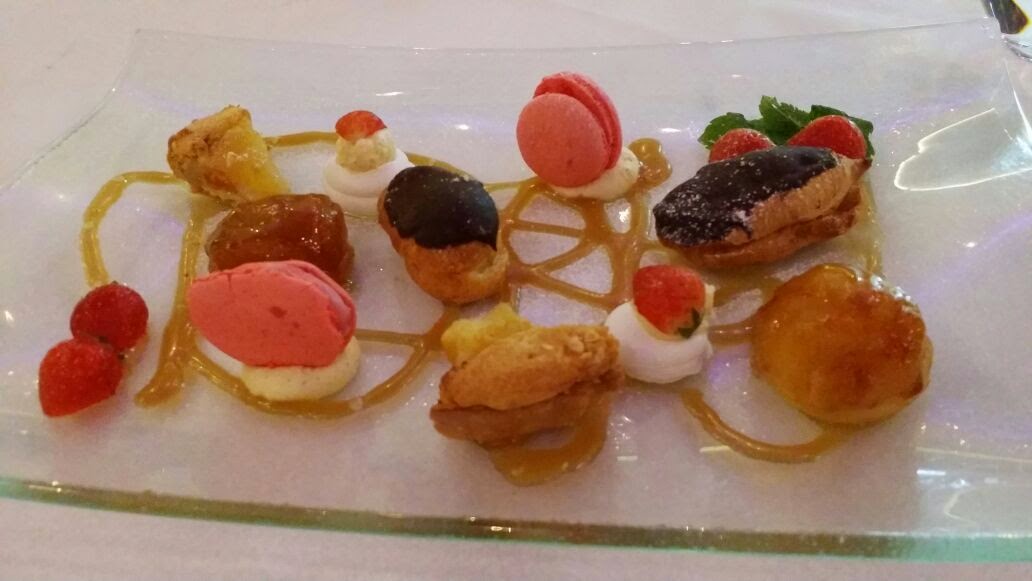 Service is overseen by the ultra-professional restaurant manager James Campbell who we have come across during his tenure at Fraiche. Despite the youthfulness of the staff, service was efficient and the team seem well drilled despite its early days. The drinks are not bad as well with my favourite cocktail being the sacred strawberry, sacred gin with strawberries with a Lichi-Li lychee liquor adding a lovely scent. Overall we were impressed with the prix fixe menu and it offers something very different to the current dining scene in Liverpool, although to truly judge the restaurant and its ambition the tasting/full menu is on the agenda for our next visit.