It has been a long time since the last post and an even longer time since we visited Parkers Arms back in January. It was a relaxing long drive from Manchester to Newton-in-Bowland over several hills, roundabouts and windy roads on a beautiful crisp Winters day. We were shown a very warm welcome by our host AJ as we escaped the bitter cold and were soon sipping on a latte to warm up.

The focus of the menu were the appetising game dishes and after ordering we were soon presented with some Tweet treats. These included cheese twists and crispy fried potato skins which kept us going after the long drive. We had seen Chef patron, Stosie Madi, tweet about the treats and were excited to receive them. 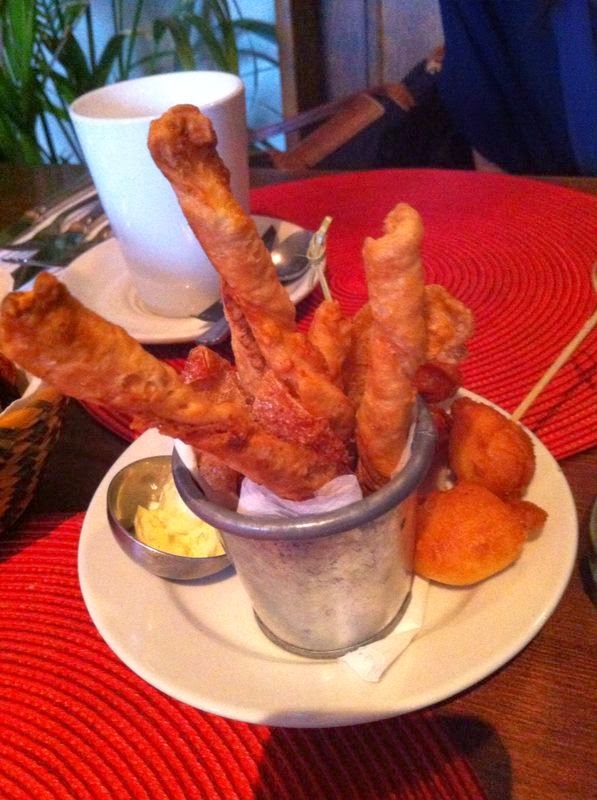 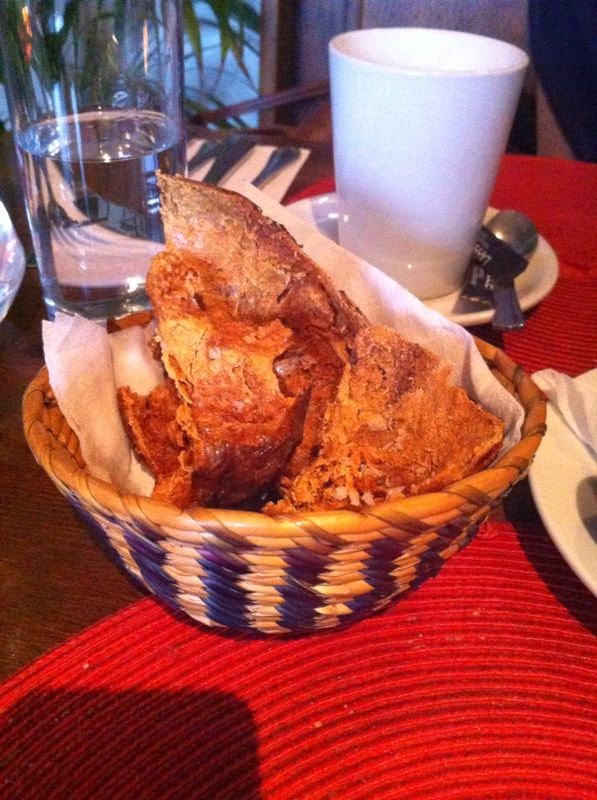 For starters I chose the pepper venison loin salad with damsons and damson jelly. It was probably not the best choice for me as I had a cough at the time which was aggravated by the pepper. However the meaty venison was enjoyable and it gave me the opportunity to eat most of Mr Noms starter instead which was the signature crab and scallop parfait with scallop ceviche, soused fennel and cucumber and lemon jelly. The parfait was silky smooth and our high expectations were met since we had read so many glowing reviews of the restaurant in recent times. 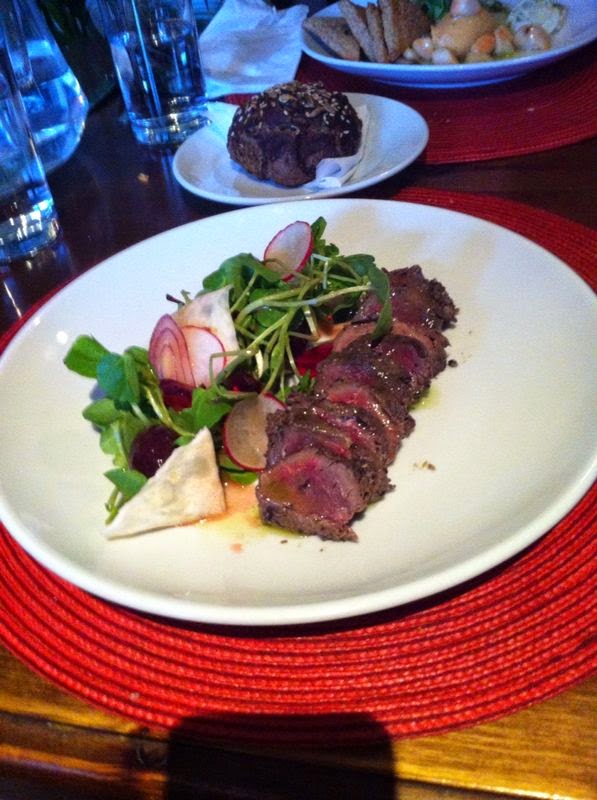 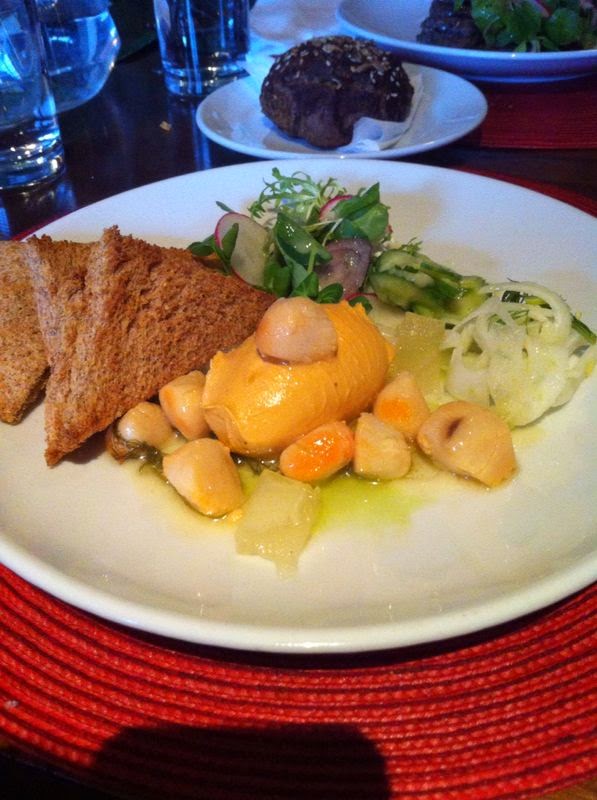 I chose the partridge with apple, chestnut and excellent Parkers chips for my main and it was simply a delight. Although Mr Nom preferred his bone roasted ballotine of pheasant with creamed mash, pasty of leg pasty and cider gravy. We later found out that the pheasant dish was one of AJs favourite dishes, we commented that the mains were proper portions which tickled AJ. It was good to see quality local produce being showcased in hearty, sublime dishes. 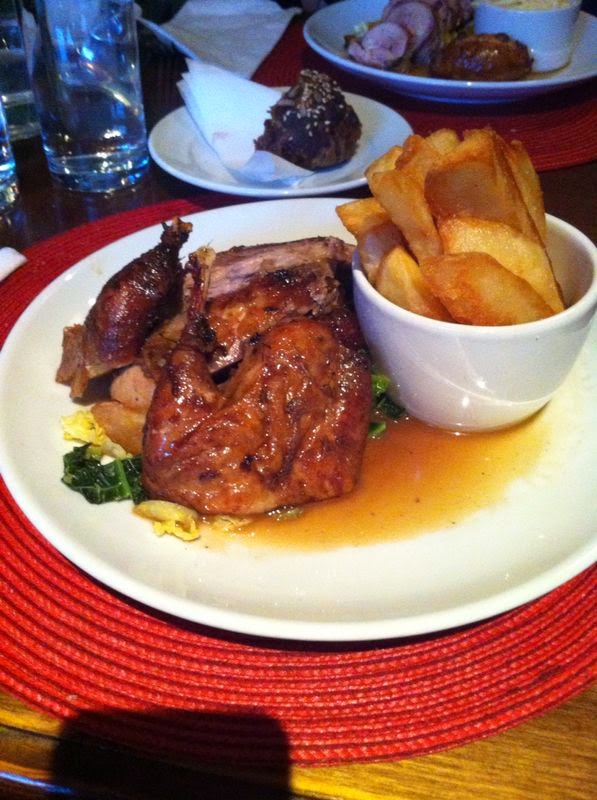 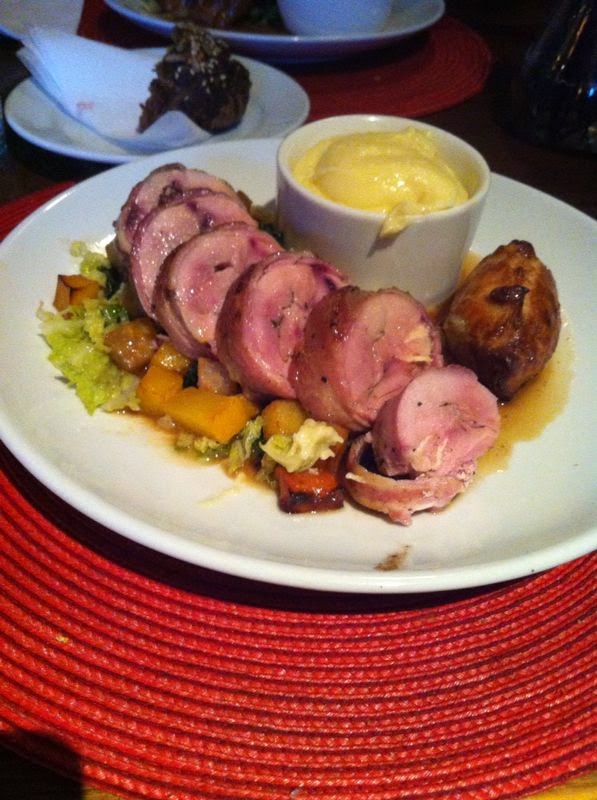 Although being absolutely full to the brim, we couldn’t say no to dessert and went for the Valrhona melting chocolate pudding dessert.  This was preceded by a orange pre dessert. Struggling to finish the desserts we were also presented with petit fours to finish which included little mini chocolate fondants. Mr Nom was scared of chocolate fondants for a while after this over indulgence! 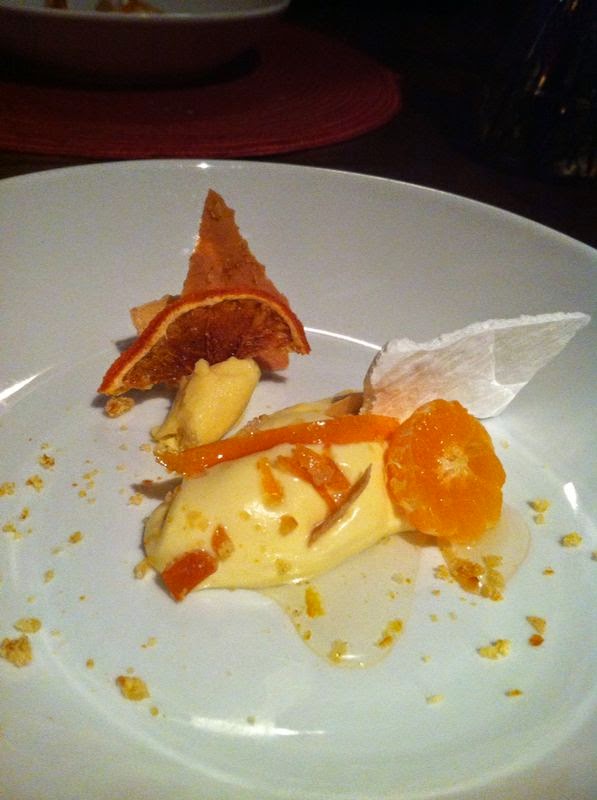 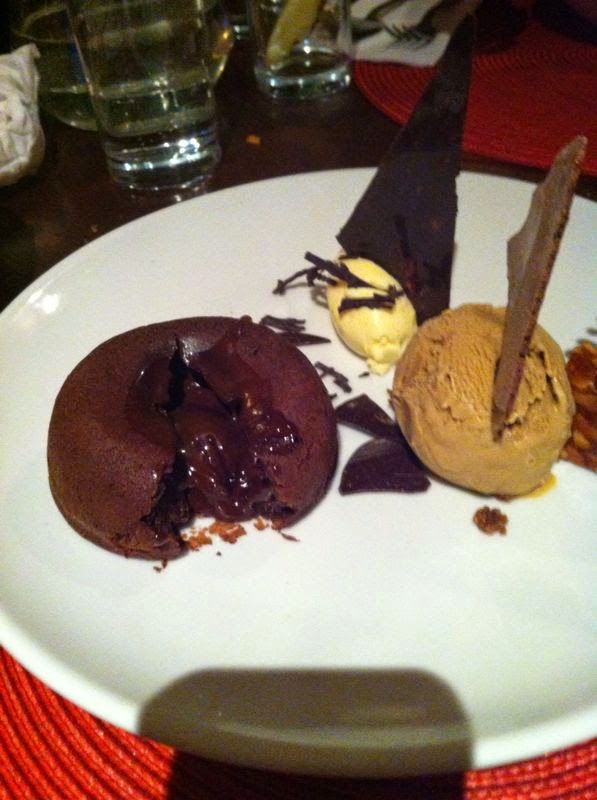 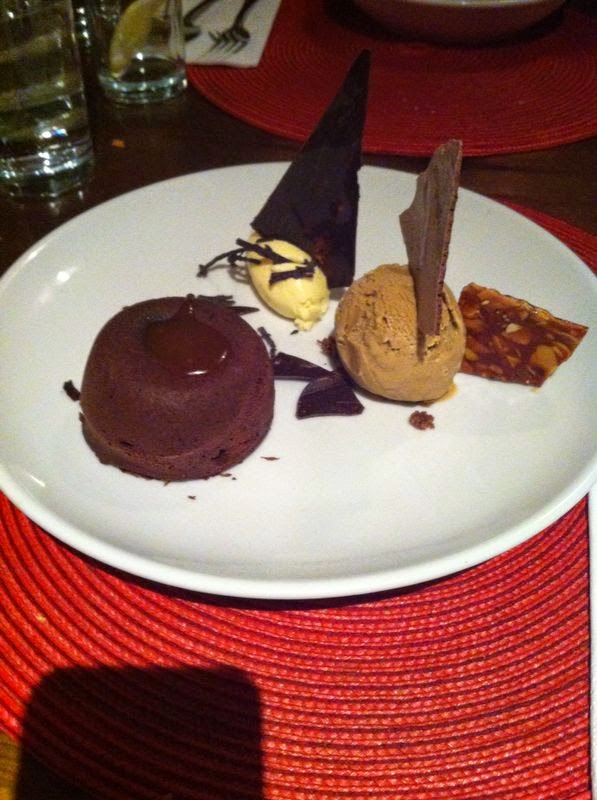 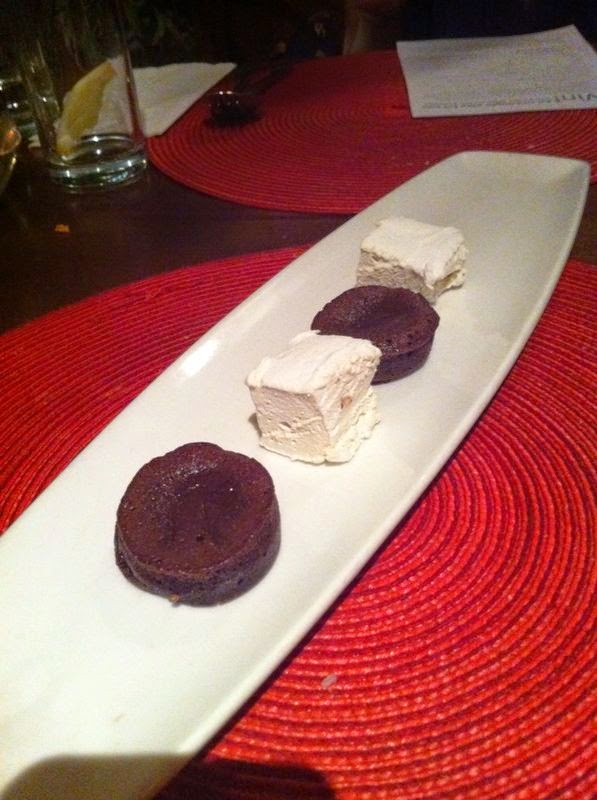 No one left Parkers Arms hungry was the quote from AJ and he wasn’t joking, I can’t remember a time when we had felt fuller. The drive home was eventful as we encountered a big sheep from the adjoining hills laying down on the road as we left, it strolled slowly out of the way and shown as if to tell us he was the boss of the area! If it was not so far from us I think we would be regulars at Parkers Arms, great local produce and hearty cooking.