The Pony & Trap is a Michelin starred country pub run by Josh and Holly Eggleton in Chew Magna, around 7 miles south of Bristol. The pub places emphasise on a field to fork ethos and source food as locally as possible from suppliers around the Chew Valley and the South West.

Chef Josh Eggleton was recently on the Great British Menu and has an impressive pedigree, having worked at the likes of The French Laundry and Chanterelle. During our visit last month we ordered the tasting menu at £60 per head along with the very competitively priced wine flight at £25.

A selection of canapes were delivered including pork crackling quavers with apple purée, scallipops, pan fried scallops wrapped with pancetta and a celeriac soup with cheddar foam. The latter came with a delightful Parmeasan mustard palmier. 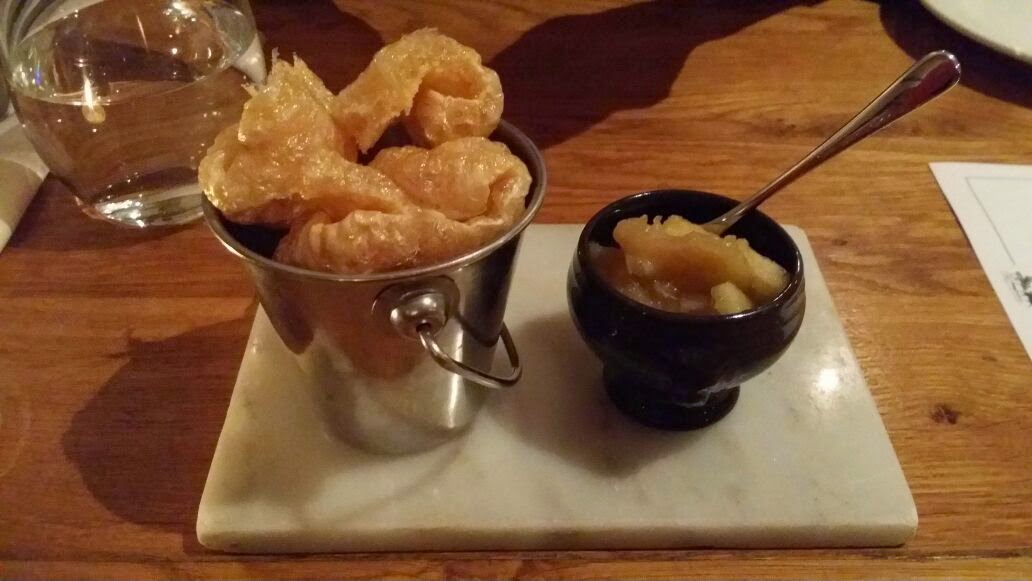 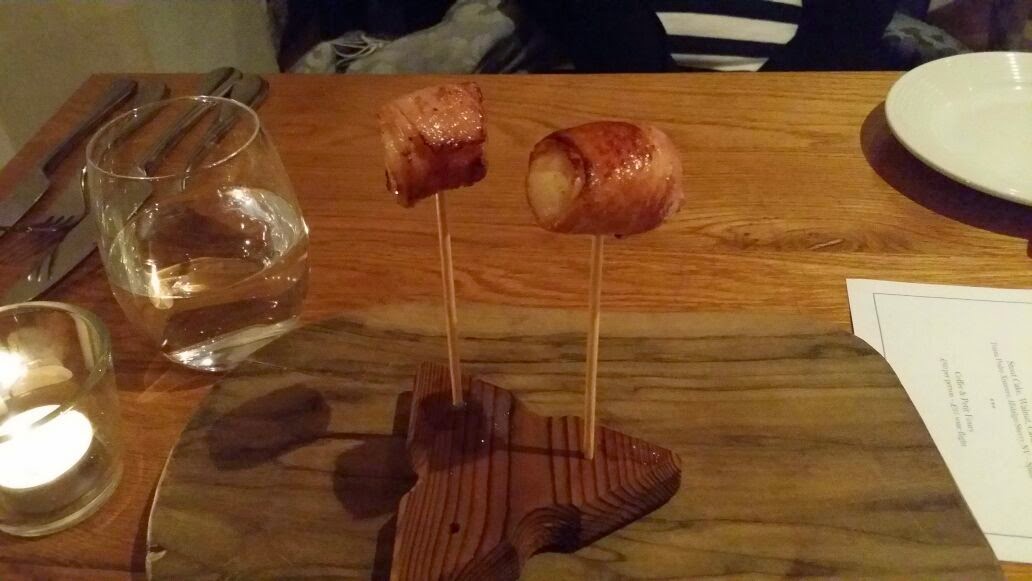 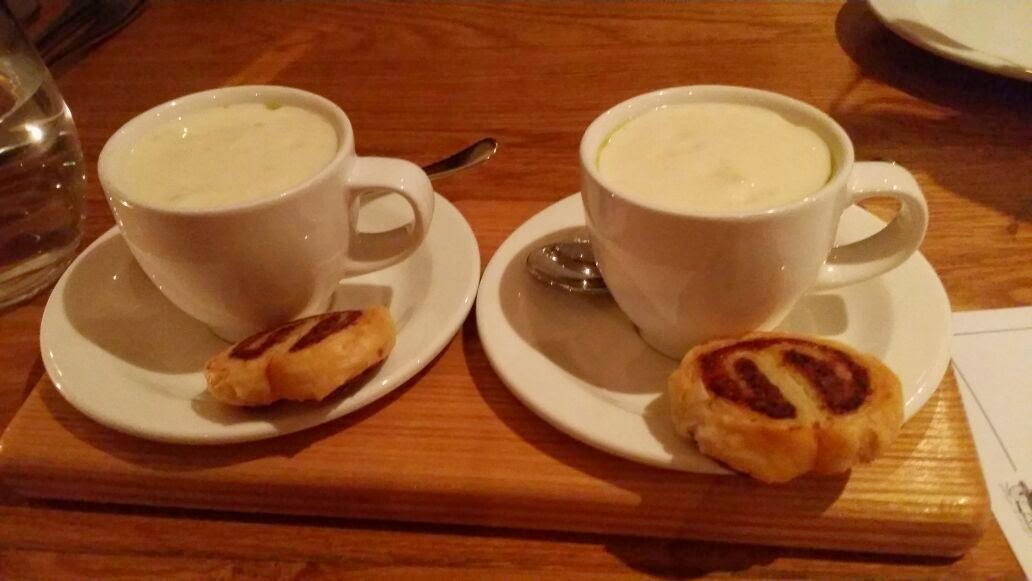 The first course was squash, Stilton and chicory with pumpkin seeds. Nice and fresh with different textures including deep fried squash. 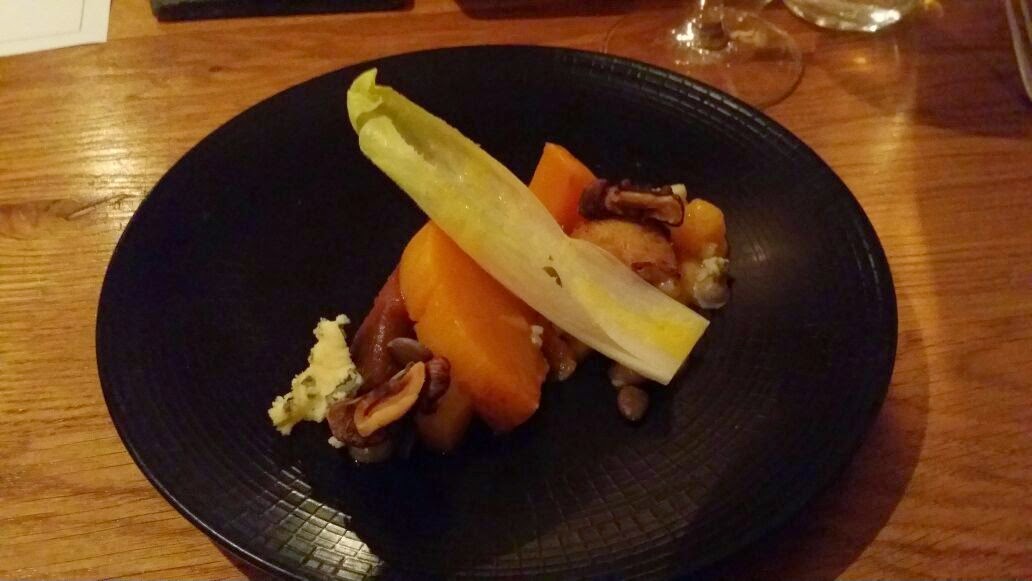 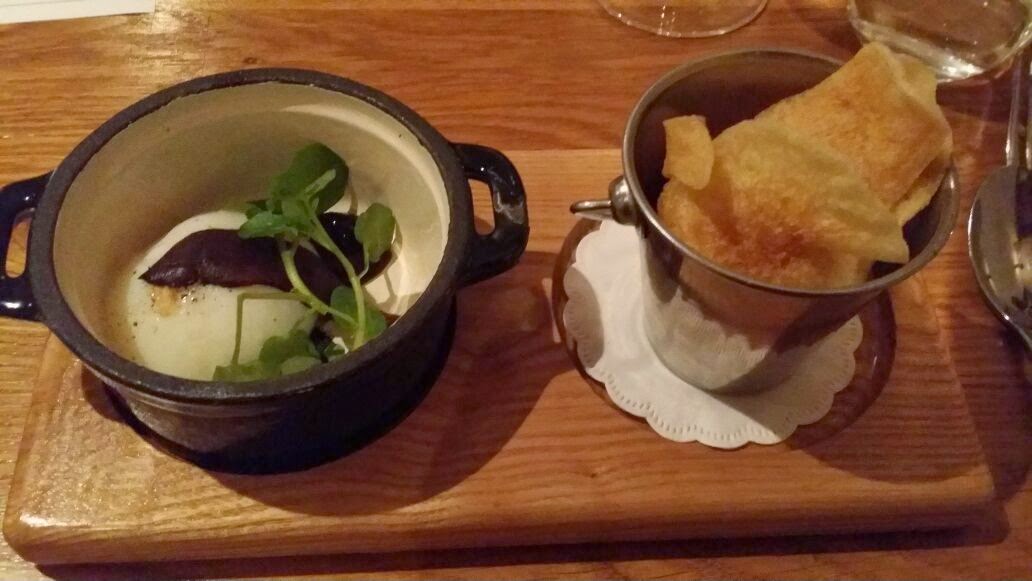 Brill, artichoke and girolles with burnt onion purée. The brill was cooked on the bone and was an extremely generous portion for a taster dish, it could have passed for a main course! 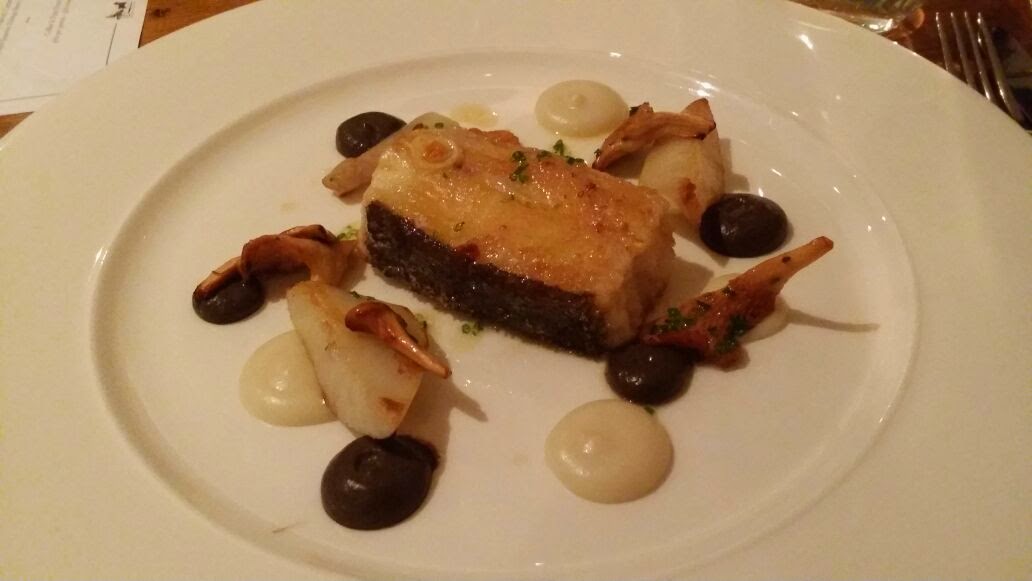 Rabbit, smoked pear and cabbage. Rabbit loin stuffed with offal served with a hodgepodge of black pudding. Again a main sized dish with three huge slabs of rabbit which were moist and well seasoned. The cooking was superb as the offal remained pink yet cooked through. 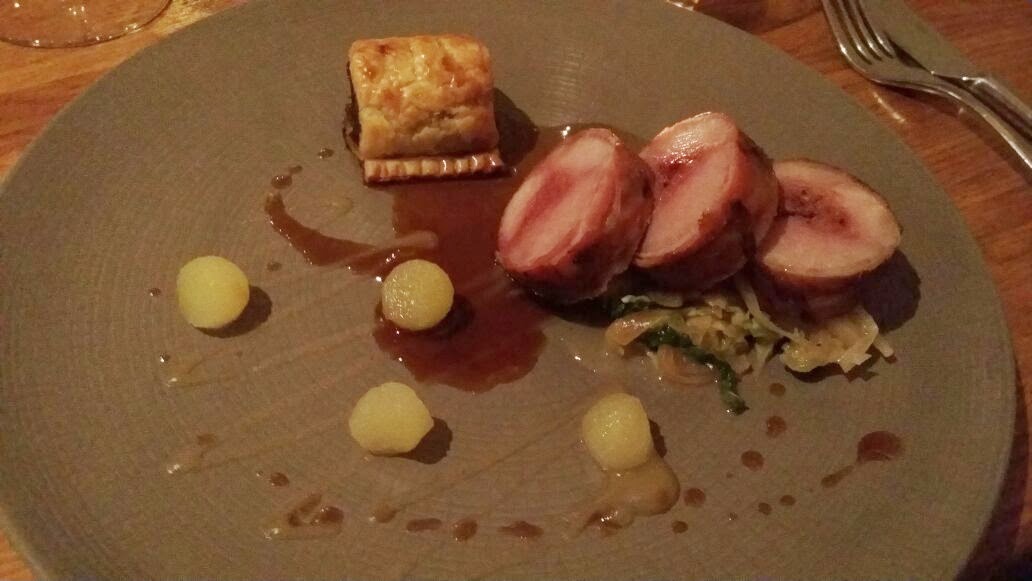 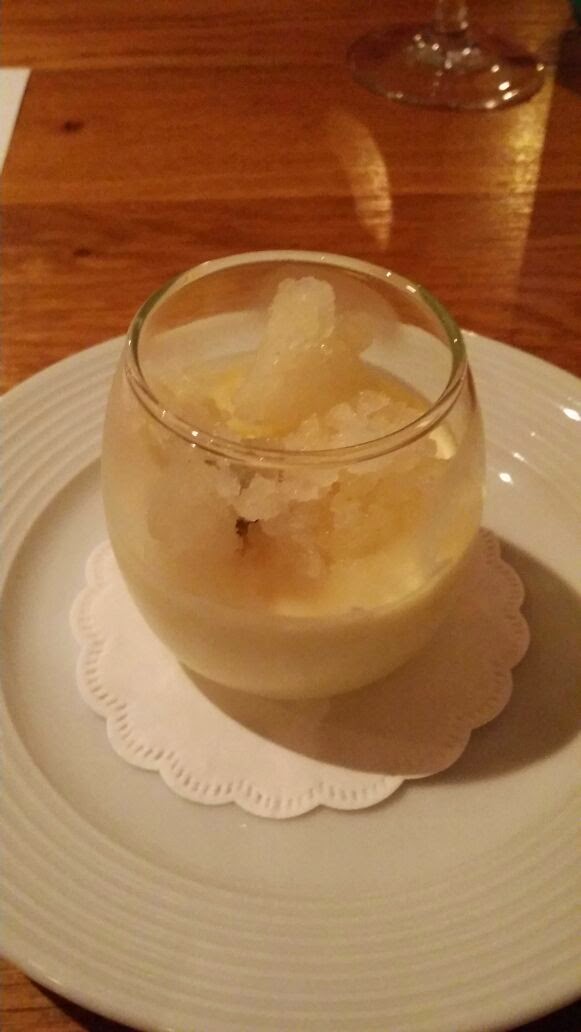 Stout cake, walnut and caramel, paired with a glass of Triana Pedro Ximenez which was like Christmas in a glass. 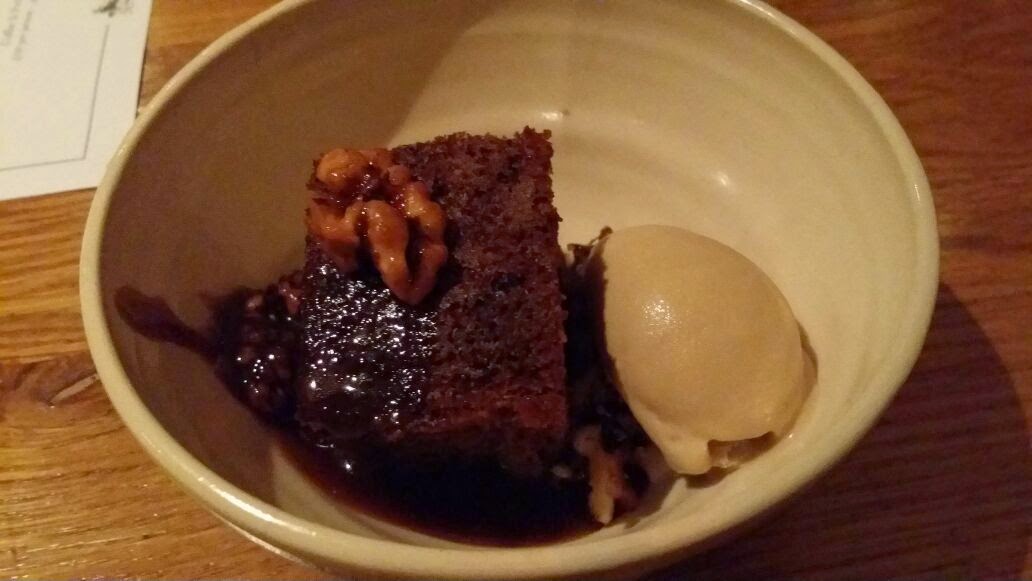 The Pony & Trap is well worth a visit if around the Bistrol area. Good hearty well cooked food befitting of a country pub.