Another random night without Mr Nom looking for somewhere to eat in Manchester. I was driving down Liverpool Road and nearby Albert’s Shed in Castlefield popped into my head since it had been a long time since my last visit.

My dining partner and I both ordered a scallop starter, the dish from the a la carte and one from the specials. The a la carte dish with wasabi pea puree certainly had a kick; in fact it was so powerful it totally unblocked my nose! King scallops in a thermidor sauce and buttered samphire was off the specials list. 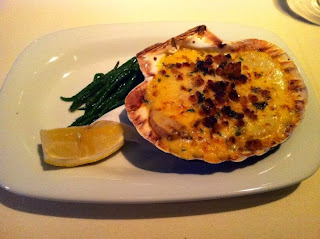 The delicious roasted rump of lamb was quickly demolished by my dining partner whereas I ordered seared tuna. 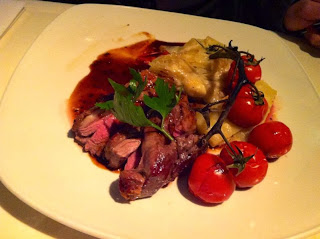 The tuna was zingy from the freshness of the limes but rather over seasoned for me. The dauphinoise potatoes were creamy and yummy but again over seasoned. I was dreading to try on the green beans at this point but they were ok! The rest of the dish however felt like it was my salt intake for the week. The supervisor/manager noted that something was wrong when I left it untouched and asked if I wanted them to heat the fish up again but to be honest I did not see the point as it needed a fresh piece of tuna to make amends. However they topped up the sides. 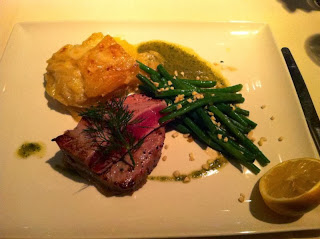 Since I did not eat much of my main, I definitely needed a dessert, one or maybe two! I was recommended the sticky toffee pudding although I did have my eye on the panna cotta. I am easily persuaded though and went with the suggestion, although I feared the sweet toffee sauce would be too sweet and sickly for me. It was nicely presented and is a fabulous dessert for those with a sweet tooth. 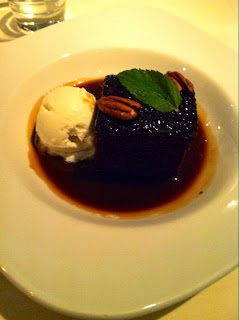 Hit and miss but I’ve always wanted to try the branch in Didsbury and there is one under construction in Worsley. 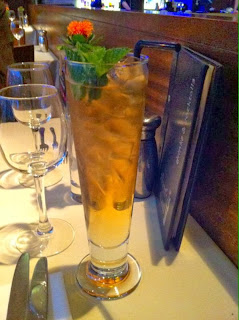