We finally made it to Sticky Walnut one Friday night.  Being based in Chester it is out the way for us being south of in-between Manchester and Liverpool.  With Mr Nom working in Wrexham one week he suggested we make a booking. However with it being just after rush hour on a Friday evening it was quite a horrendous drive from Manchester whilst Mr Nom cantered in from nearby Wrexham.

For starters I chose flamed mackerel, apple salsa with lemon, fennel and couscous which sounded enticing and it delivered. The apple was tangy and the lemon and fennel couscous was really fresh which worked beautifully against the fish. 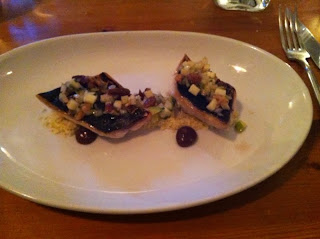 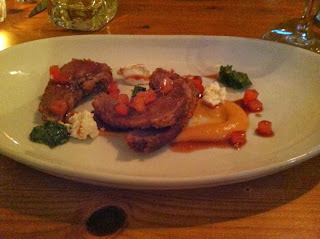 The shin of beef main was so tender, I wasn't too keen on the elderflower, but the crispy parsnip crisps added lovely texture and crunch to the dish, contrasting with the soft and juicy beef. 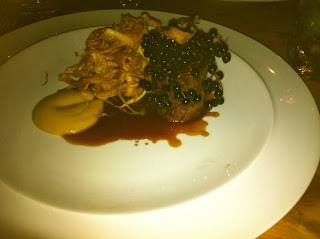 With no quail wellington on the menu Mr Nom ordered the grouse was from the specials board whilst it was still in season. It came with a grouse pate, very intense gamey flavours. 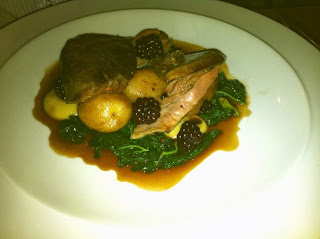 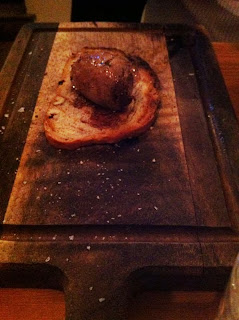 For dessert, we shared a blackberry and almond tart with creme fraiche and damsons. By now it was getting rather dark hence the declining quality of the pictures! 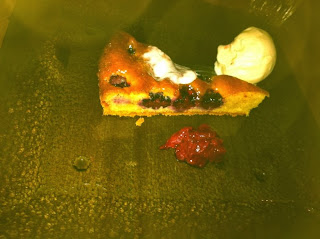 We saw quite a few tables ordering the chateaubriand which looked epic with all the trimmings which we both agreed to try next time.

Email ThisBlogThis!Share to TwitterShare to FacebookShare to Pinterest
Labels: Chester