Outlaw's at The Capital, London

Outlaws at The Capital Hotel in Knightsbridge opened at the start of the year and has already been awarded its first Michelin star.  Chef Nathan Outlaw holds two stars at his flagship restaurant in Rock, Cornwall, famous for his seafood cuisine.  Being lovers of fish we had high hopes for his London venture.

After an eventful trip filled with tube delays and cancellations we arrived a little flustered.  We were soon seated and settled down with the menus and a snack of possibly the best fish cakes we've ever tasted. 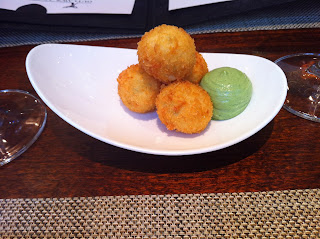 We decided to order off the lunch set menu of 3 courses for £25 which was awarded the best value set lunch in the Good Food Guide 2014.  Mrs Nom however couldn't resist the a la carte starter of lobster risotto, orange, basil and lobster dressing and went for that instead of the set choices. The lobster to risotto ratio was near equal which was very welcome and the flavours were new to us but worked very well.  I struggled to get more than a small spoonful off Mrs Nom as she polished the lot off quite fast. 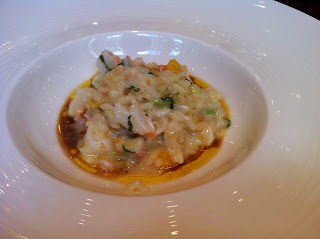 I decided on grey mullet, pickled red cabbage and horseradish yoghurt.  On paper there was a concern that the pickled red cabbage and horseradish would overpower the fish. However the dish was surprisingly light with well matched flavours and perfectly cooked mullet, flaking and moist.  We were offered cornish flatbread and a cheese and rosemary bread with our starters which went down well and they generously brought us another portion to mop up the lobster dressing. 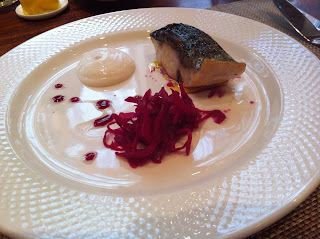 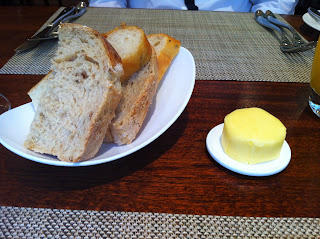 Mrs Nom had the hake, lettuce and warm tarture sauce.  Again the fish was expertly cooked, if I had my fish this well cooked every time I would be a very happy bunny.  This reminded me of a posh fish and chips with the capers in the sauce adding some tang. However the lettuce felt it bit mismatched on the plate in our opinion. 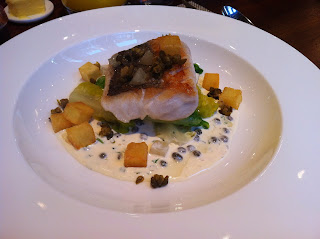 Originally we planned to share a dessert but Mrs Nom wanted both the banana sponge, sugared pistachios & coffee ice cream and lemon posset, pomegranate, gold raisins & figs. I wasn't expecting to be blown away but the desserts certainly delivered matching the standards of the other courses.  Mrs Nom was making mmmm noises as she was in dessert heaven. Simple sounding but executed well, the banana sponge was baked just right, the additive pistachios added crunch with the coffee ice cream being delightful and a great cooling contrast. The lemon posset with little meringues was tangy and delivered great citrus notes. 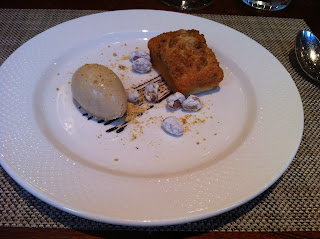 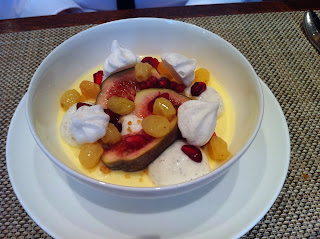 The service at Outlaw's at the Capital was efficient and as you would expect for a 1 Michelin star restaurant.  The clientele was a mix of casual hotel guests to the suited and booted and no one looked out of place.  We were given one extra surprise when we were presented with petit fours of mini treacle tarts and chocolate truffles with the bill. 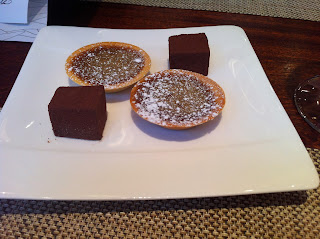 At just over £60 including service and a drink each for the whole lunch it was extremely good value for the quality and little extras. This was after using the Grub Club card which gave us a 10% discount from the Outlaws website.  Judging by the quality of the set menu which sometimes can be a mixed bag, not the case here, we are eager to return to try the a la carte menu.  Maybe even a trip to Cornwall is on the cards to sample Nathan Outlaws flagship restaurant. 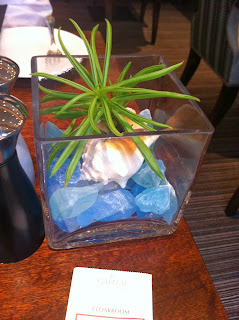 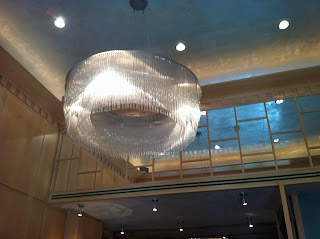