Mud Crab are the guys behind Kitchenette on Oxford Road in the former Fellicini site opposite the Palace theatre.  From the outside its not much to look at with its dilapidated appearance but we were surprised how big it was inside. The menu is a bit wacky to read with sections dotted all over the large sheet, a bit different but I suppose it fits the theme of the restaurant.

We ordered a selection of dishes to share. Mr Nom is always a bit greedy ordering way too much which had me worried about my poor waistline! Chilli crab tacos with mango and avocado salsa kicked off the meal with a good start. 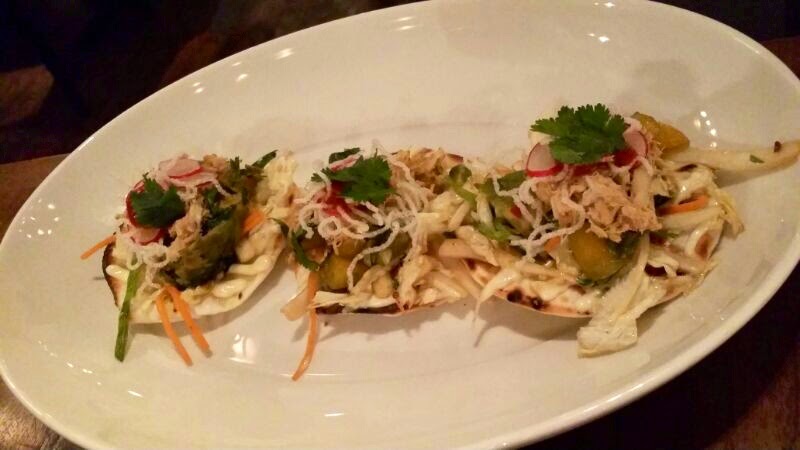 A sticky pork & Asian shredded salad was light and tasty with the sticky soy dressing but I wished the pork was less jerky-like. The use of fried lotus was also different. 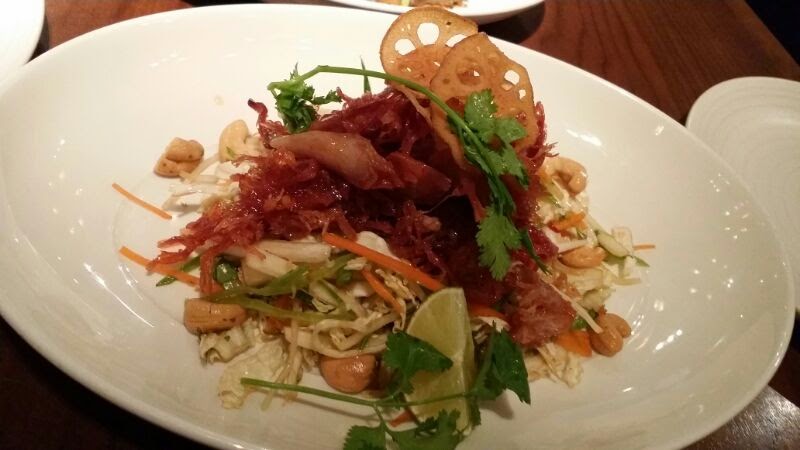 From the hirata buns section we ordered a filling of chargrilled skirt steak with a ABC kecap manis glaze. The generous portion of skirt steak was tender and we could have happily devoured it by itself. The hirata buns were fluffy served with house kimchi pickle but were a little thick and heavy, they needed to be more fluffy and light as advertised. 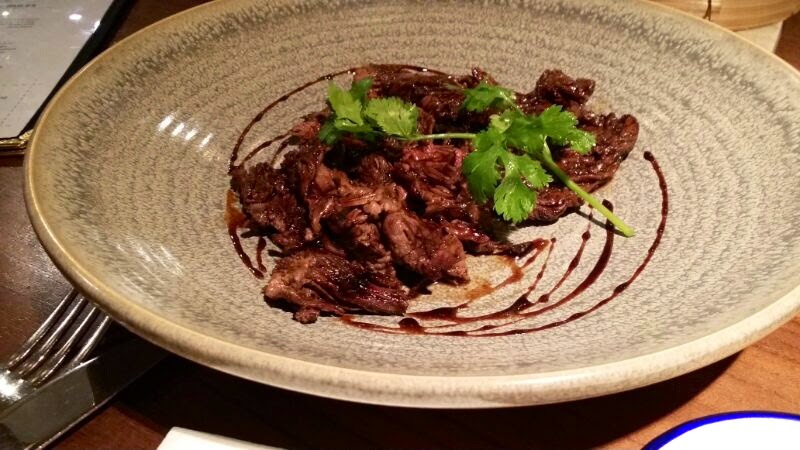 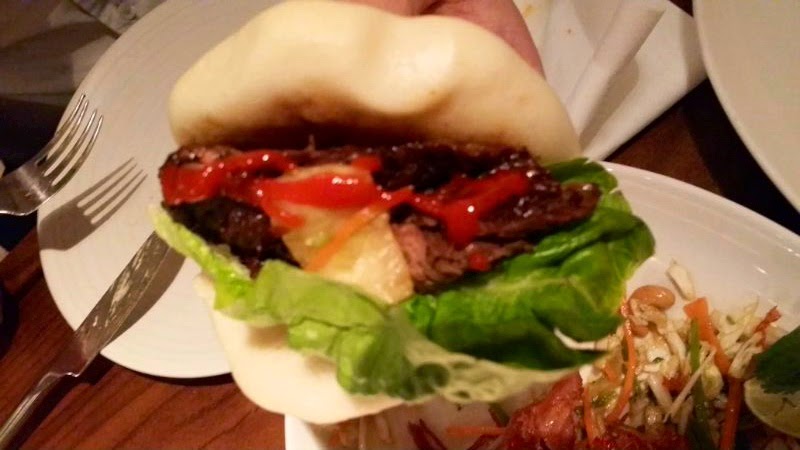 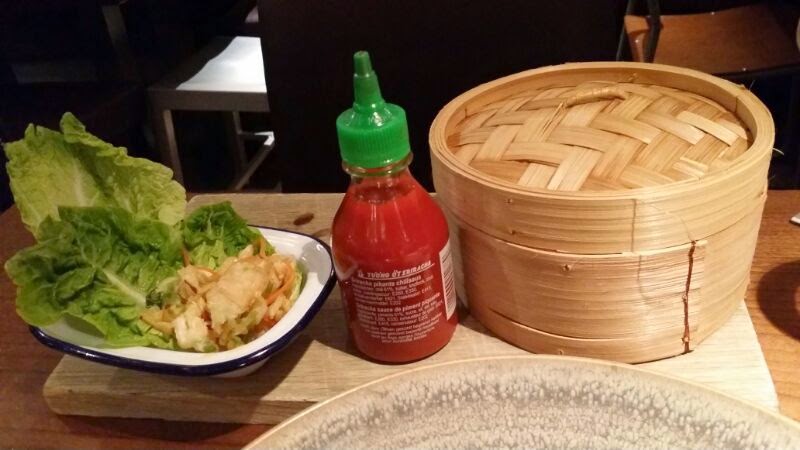 Each portion of food so far seemed like a main in itself and this continued with the duck & sweet potato hash with a deep fried egg. We ordered the smaller size but even this seemed huge and packed full of duck! 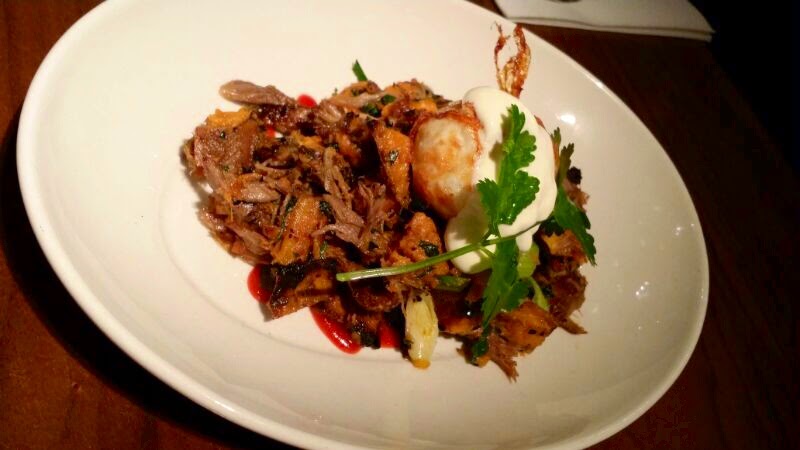 Despite my protestation Mr Nom also decided to a side portion of mac & cheese which he happily polished off by himself as I was stuffed but also secretly saving a small ounce of space for dessert. I chose the yuzu meringue pie to share and this was tangy and sharp as expected, the marshmallows were lovely but slightly too toasted. 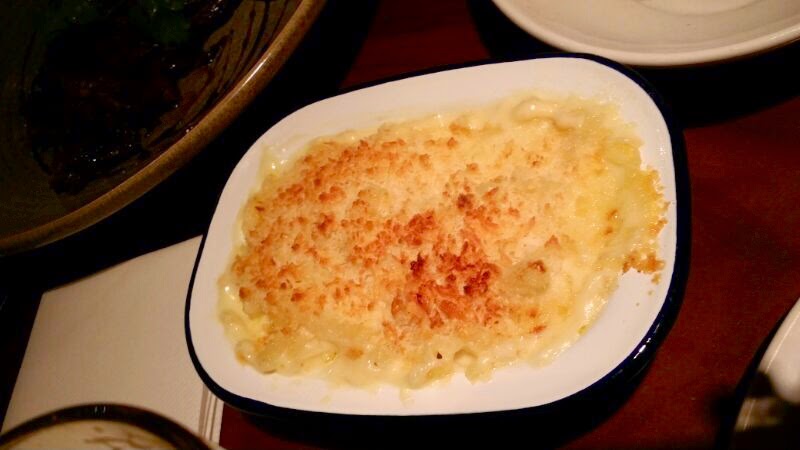 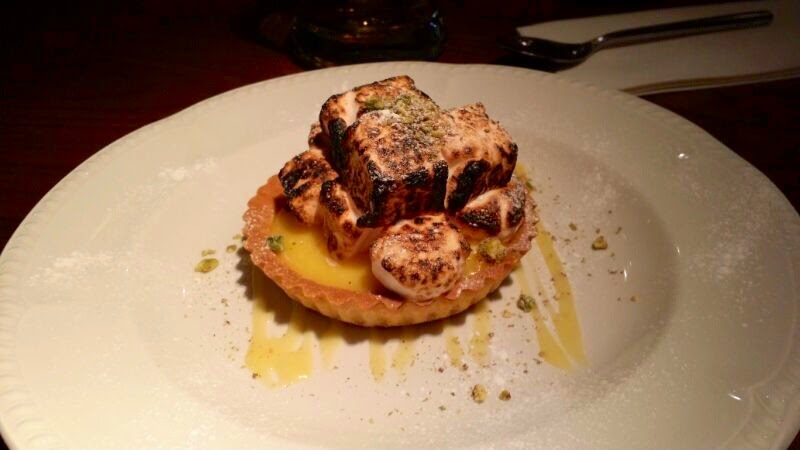 The fusion elements at Kitchenette daring and different to anything in Manchester that we have tried, and with main meal sizes for small plate prices it seemed rather good value for money.