Lyle's opened quietly early this month in the hip Shoreditch area in the Tea Building. The dining room is simple and understated with an open kitchen. The kitchen is headed up by James Lowe of the famed Young Turks. The restaurant offers a varied lunch menu or a set dinner option in the evenings for £39 per head which is what we experienced. 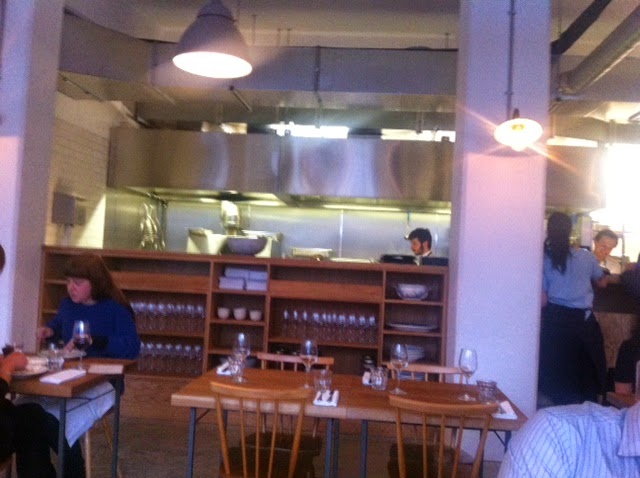 The first of the nibbles was blood cake & damson. 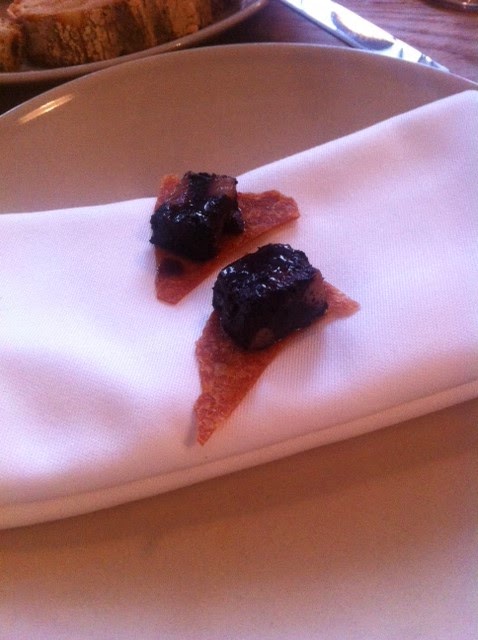 This was followed by quality asaragus & walnut mayonnaise, with produce this good and lightly grilled it was a sure winner. 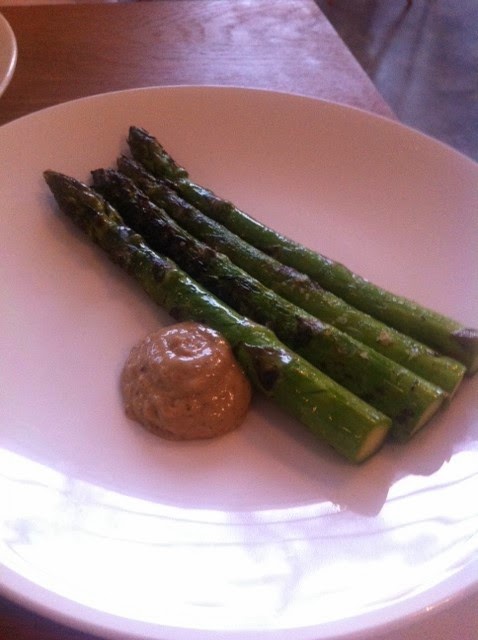 Next was a surprise with seagulls eggs with seaweed and celery salt, something I've never tried before. The egg was a bit fishy but not overwhelmingly so but this was balanced out by the salt. The dish was served by Chef personally and he was all too happy to tell us more about the gull eggs. Apparently only 20,000 are picked from nests and sold every year. 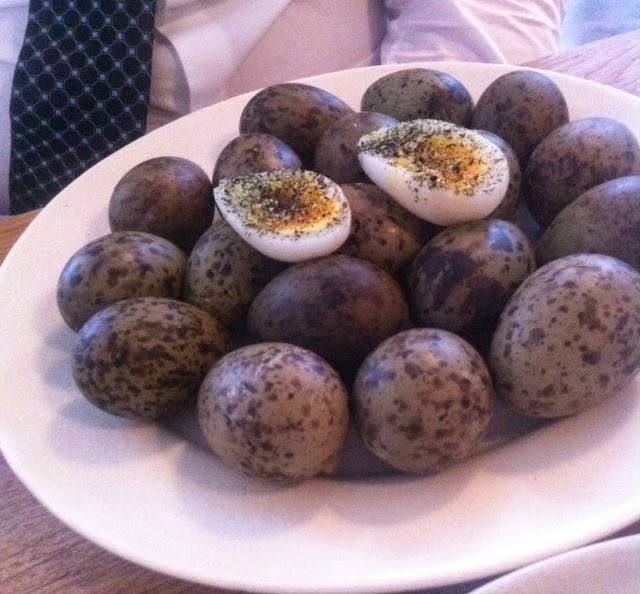 The first course was nettle soup, pheasant egg and cured pig's cheek. A refreshing soup with the welcome saltiness of the pig's cheek. 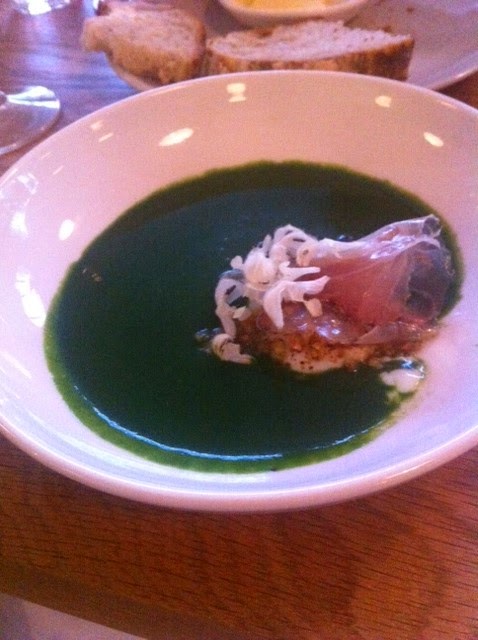 New season onion, ramson & yoghurt, again this was a simple and effective. I never thought I'd enjoy an onion dish so much! 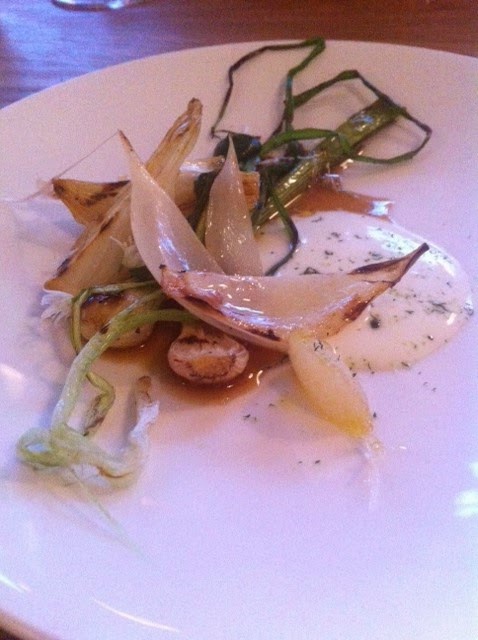 Turbot, jersey royals & sea beet. We were told that the turbot was aged for 5 days to allow the fish to firm up a little which was new to us, apparently inspired by Chefs time spent in Japan. The fish was certainly cooked very well, usually meaty and heavy the turbot flaked under the fork and ate very well with a superb texture. 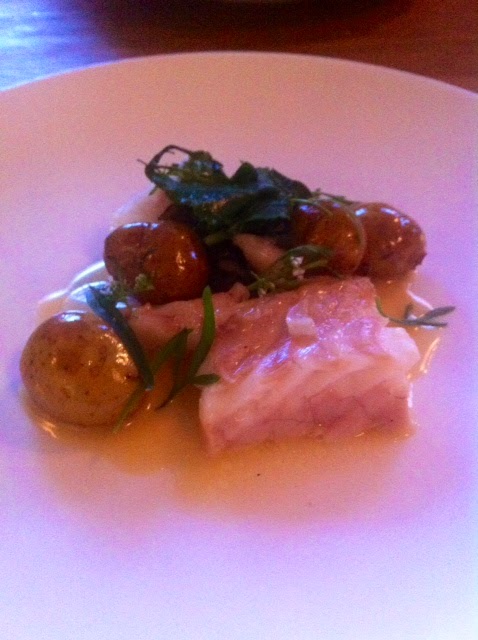 Baked riseley & chegworth leaves. This was a dish to share between two, just as well given the richness and heaviness of the riseley! 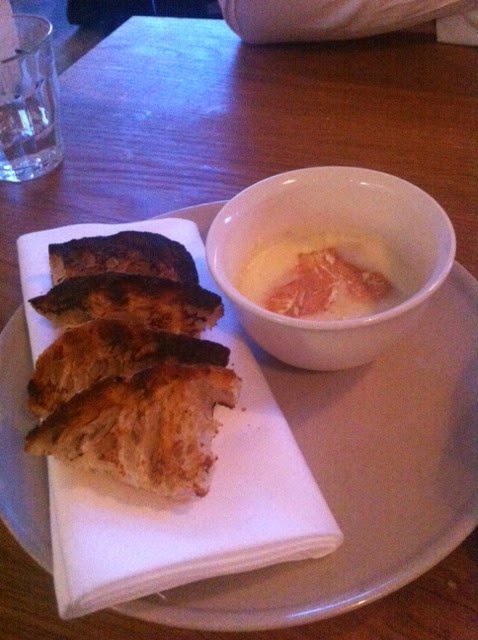 Dessert was a version of rhubarb & custard and a very fitting end to the meal. 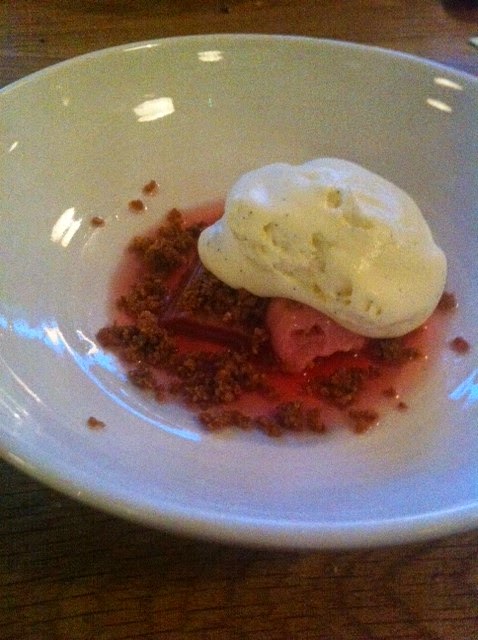 A solid meal from beginning to end and well worth the money. It is probably wise to book now before the word spreads.