As part of the recent Cheshire Oaks Food and Drink Festival we were kindly invited to an exclusive interview with celebrity chef Simon Rimmer. The weekend festival included various short food demonstrations by Simon and Stacie Stewart, who headlined the cookery theatre to demonstrate how shoppers can create delicious home-cooked delights. Alongside were a variety of stalls featuring a number of local artisan suppliers with products ranging from pies, sausages and chutneys to cakes, fudge and other sweet treats.

Are there any plans to open a restaurant in Liverpool?

I own the Elephant pub in Woolton which I bought at the end of December. So we took that over and have massive plans, we were going to refurbish it in February but then we had a couple issues with planning. We wanted to make sure the locals like what we do. The danger is, you don’t know the area, and we really wanted to involve the locals. We have done a lot of tastings with them and we have even shown our regular customers the swatches of fabric that we are going to use. It has been great really nice process. We will open the doors in August. Everyone is excited. It will be a big change in there but it would still hopefully feel like the Elephant of old.

What type of food will you be serving?

The food is going to be really good pub food. We are going to make everything on site, adding interesting little twists. For our sausages and mash, we are using hickory smoked sausage and we are doing it on patatas bravas, We are also doing a curry, but rather than doing a straight forward curry we are doing a pulled lamb vindaloo with buttered almond rice, coriander and mint yoghurt chutney. Again we are not re-inventing the wheel but we are putting my take on it. The restaurant is going to be a modern American brasserie, again everything is made on-site. Good simple food but with an American kind of feel to it. The decor is almost themed, you won’t feel like walking into a TGI Fridays, we have put a lot of research into it, Southern United States, Texas, New York, a lot of it coming out of the States, I find it really exciting now these days, so we are using that as our starting point.

Where are you going to source the produce from?

As local as we can, we are going to use Bexters as our butchers, just Liverpool based, a macaron shop in Wavertree, Liverpool Cheese Company just 50 yards down the road in Woolton, sausages are made by Scotch Beef Shop butchers, which is again in Woolton village. The famous Blackstick Blue, that I was part of the develop team off when it first came out. So we are using as many local produce as we can.

So what demonstrations will you be doing today?

I am doing a series of quick demos, when you do demos in a shopping centre its usually small fifteen minute sessions to keep peoples interest. Whereas at food festivals then maybe forty five minutes,  Forty five minute demos are too long. I see people getting really disinterested, I see people thinking I got to buy them shoes!

The demos today will include meatballs in a bloody mary sauce, I do pork and beef meatballs in a proper Italian American way. A lot of meatballs in this country are in a ball, so it is just meat that is fried so as a result you get just the tightness, meatballs were created to extend the amount of meat you eat. It is a essentially a peasant dish so meatballs should have loads of bread in them, bread mixed in with the meat to extends as a result you should get, if you do it properly, it should be nice and silky in the middle.

Salmon nicoise salad, I will scorch the salmon just on one side. First I will take a piece of salmon and cut it into four slices, then into a really hot pan, literally lay it on the pan, take it out, let it heat on one side, so it crisps on one side and cooks on the other. So you almost get crispy and soft at the same time, one side it’s like smoked salmon, so you get that really nice texture and then chocolate roulade and we are lining it with nutella, which is a good filthy dirty dessert!

Are you a hands-on type of chef? Can you be often be found in your restaurants at Earle and Greens?

Yes, but not this year since we bought the Elephant, not as many nights as I did, purely for practical reasons. Now, in Liverpool I am developing the new stuff, training the staff and over in Greens, I am still there creating all of the dishes but at the end of the day, I have been doing this for 25 years. I have great people and the business are at a size as it is now, in many respects it is impractical to run the business during the daytime and stand behind the stove for another 8 hours at the end of it, I’m knackered! If I had only one site then yes you can still find me in the kitchen all the time on site all the time but now you find me in each of the sites, maybe one day a week as opposed to five or six.

We are a bit ashamed to admit being foodies we haven’t had chance to visit Greens or Earle yet! Can you tell us a bit about the philosophy of the food?

We started Greens twenty five years ago. From a business point of view, a lot of customers are meat eaters and we wanted to do something for Vegetarians. It appeals obviously to veggies but it is an interesting way of food. The food is created is inspired by South Asian, Mediterranean, Middle Eastern cuisines etc. We want to do steak and chips, but we can’t do steak, so its how we replace that piece of meat in the dish yet keeping it interesting.

What is your favourite restaurant?

Ohhh… that’s a tricky one. It’s funny because it changes all the time. The busier I get, the more creative my point of view has to be, the more hats I have to wear with all of the businesses.  It changes at different times. At the moment, it is a bar just round the corner from my house, The Font, good beer and decent food. Because I am too busy if I can just walk round the corner I am dead happy. If I was going to recommend somewhere, I love Camp and Furnace in Liverpool, the food Slam Friday they do, the whole ethos behind food is good. Low level street food, in terms of expenditure, but in a very exciting way, I love it in there. London Carriage Works, by Paul Askew in Liverpool and in Manchester, I like Mr Coopers. Also Aiden Byrne is my mate at Manchester House, I think what he is doing is very creative although I have to be in the mood for it to be honest. I also like East Z East is good for a curry in Manchester.

How about in London?

I am in London at least two days every week. The interesting things in London, you see trends, I think Polpetto is fantastic in Soho. Equally, pizza which doesn’t have to be boring, it can be funky. I love Pollen Street Social and Berners Tavern is fantastic and incredible! If you want to be somewhere and just be blown away by the décor then that would be it, you walk in and think Oh My God! It feels like as a kid, when you first go into a restaurant, for me I remember it’s out of this world. It is just incredible.

What are your views on food bloggers? Are they good or bad for the industry?

Mixed really. Downside, it is very easy to be negative, easy to be smug. Oh that wasn’t very good; oh I didn’t really like that. There are good and bad points on any form of social media and online critiquing. Because at the end of the day, what gives you the right to think my opinion is better than yours, that’s the downside to it. At what point does a punter cross the line? Are you restaurant customers and do you want to write about your experience or what do you aim for? There are certain people who use it as a form of blagging which is one of the negative points. Some food bloggers in London, it seems like to get recognised, and use it as a means for eating for free bloggers, that calls the integrity into question. I think there are some great blogs who uncover little gems are great. I don’t think bloggers should blog big established restaurants by unearth new undiscovered gems for more of a buzz. However on the main they are good for the industry, the more and more people that do get involved with good food, the better.

Do you read the blogs about your restaurant?

No, Tripadvisor is the only one that we monitor; the only critical side about Tripadvisor is it seems like a negative place. I had someone complain, they gave us a two star rating on Tripadvisor because it was his birthday but he didn’t get a free glass champagne. There are so many sites to look at surrounding food and drink. Some who are have built up a huge following and are powerful tools. There is a danger with them, if they believe their hype a bit too much, then there are times their journalism can put you in the wrong light.

Being a red have you had an opportunity to cook for the team?

Yeah being in the public eye I have had the chance to collaborate with many legends and people from the club. As part of Kenny Daglish’s birthday and for his charity me and Kenny cooked in the kitchen. A few of the players have been in my restaurants as well as Brendan Rodgers. Although I was disappointed that he chose a well done steak!  In fact I am going with the team to New York in July for preseason.

What is your favourite type of cuisine?

Again it changes all the time, at the moment I love slow cooking, pulled pork and slow cooked meats. Ultimately, if it was down to my last supper then I will probably go for an Indian curry. I taught myself how to make proper char sui, I kind of got obsessive with that for a while, little things I will start to get obsessed with and go through phases.

One of the biggest single influences on my cooking is Thai, my best mate lives in Thailand and the first time I went over there I had done a little bit of Thai cooking.  I spent a day cooking with his housekeeper and I think that was the most valuable single day that I have ever had in my entire career. Just learning from somebody who is not a professional or restaurant chef and watching the way she did things, her knowledge of flavours was immense. 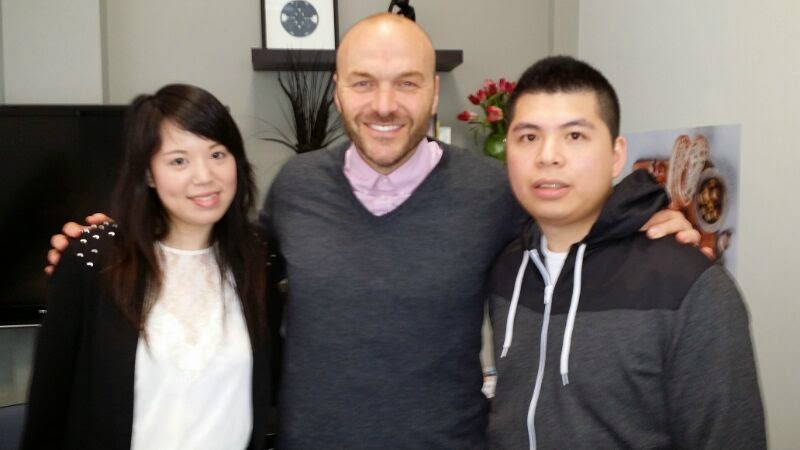