There’s definately no shortage of burger joints in London.  Wanting to try something off the beaten track we found ourselves by Carnaby Street one day after work and decided to try Hawaiian inspired brand Kua Aina. All of the staff are kitted out with Hawaiian accessories as expected and the interior has a beach club feel.

We ordered a half pound hamburger each, two bacon & cheese and one avocado & bacon topped with cheddar and Monterey jack cheese. The hamburgers are grilled and served open in a basket with lettuce, tomato and onions. When fully compiled the burgers looked too big to eat but we managed in the end. The grass fed beef is sourced from farms in the West Country and were meaty and juicy despite asking for them all to be cooked medium. 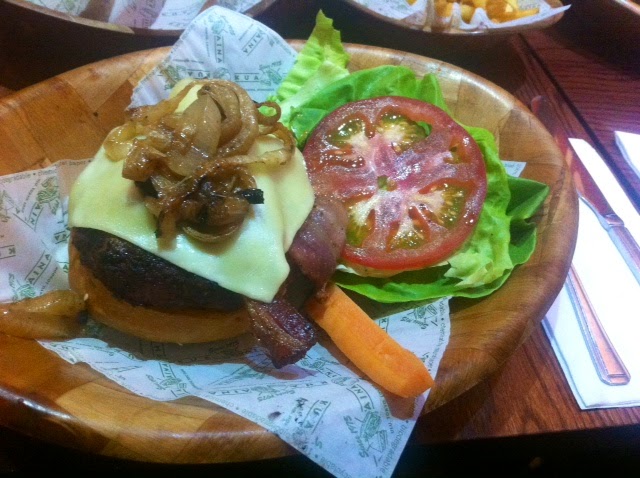 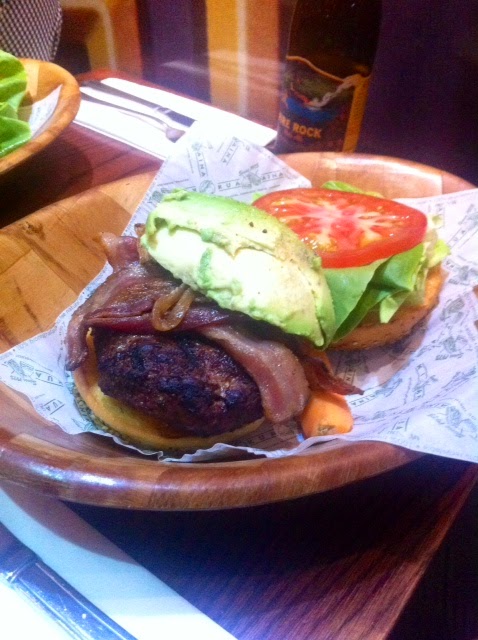 To go with the burgers we ordered large skin-on and sweet potato fries. Both the varieties of fries were nice and crisp. To wash it all down we couldn’t look past the Kona Brewing Co. craft beers, we each ordered a different one including Longboard Lager, Firerock Pale Ale and Big Wave Golden Ale. 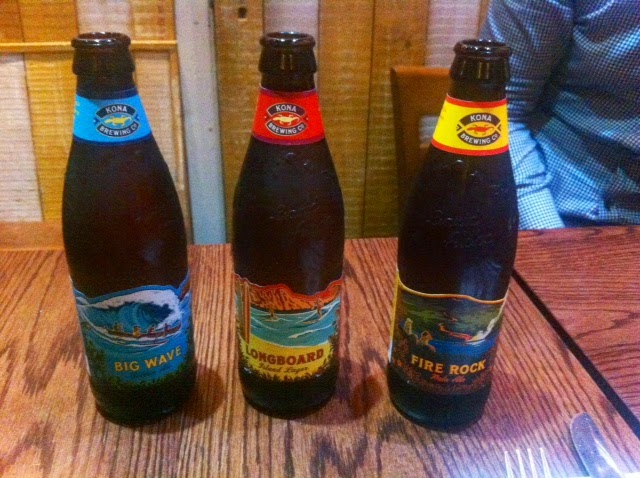 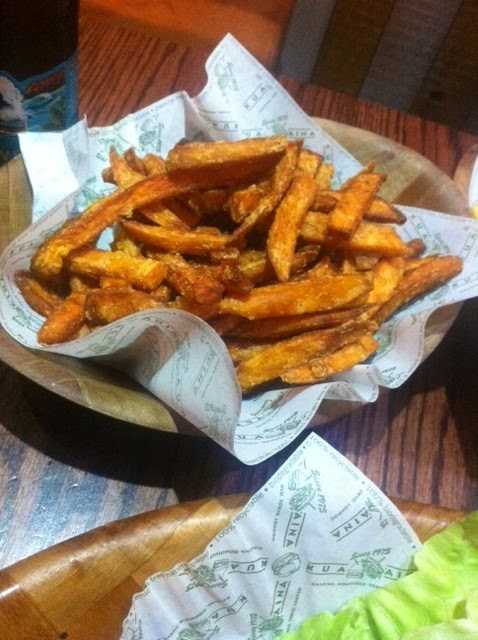 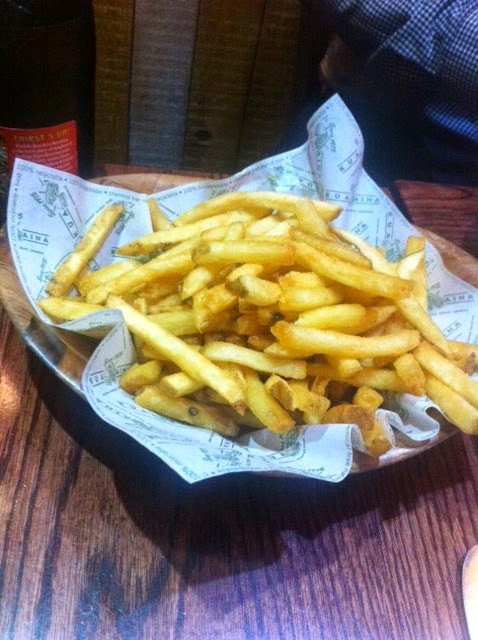 The burgers were perfectly fine but just lacked a little something to make it standout from the likes of Honest Burger, Meat Liquor, Patty & Bun at the same price point of around £15 per head including a drink. Probably a little too plain compared to the rest but still enjoyable.