In a shocking turn of events, we were shocked to find out that Almost Famous burned down yesterday.  At least no one was hurt which is the most important thing.  Being the inspiration for the name of our blog this write up of our visit to LLLB in April is a tribute to the guys behind the restaurants.

The items we ordered included the lettuce cups filled with chicken, peanuts, pineapple and mango salsa with BBQ sauce.  These were quite fiddly to eat by hand but were different and refreshing.  Dirty chicken street tacos topped with cheese, pico de gallo and chipotle sour cream which was flavoursome. 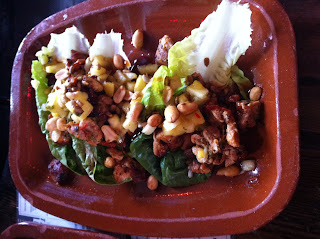 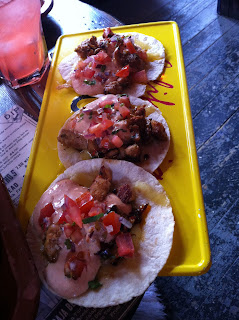 We also ordered two bigger dishes which were the jail break beef chilli filled with chorizo, smoky andrich, bacon, sour cream and served with tortilla chips and yum yum sticky pork buns, filled with spicy sticky pork on brioche with pineapple and mango salsa, also a healthy dose of chillis which you can see from the pic below which Mrs Nom picked off.  We complimented all this with a side of mac and cheese. 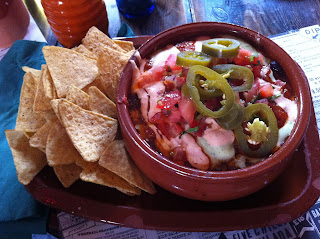 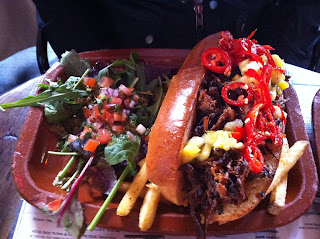 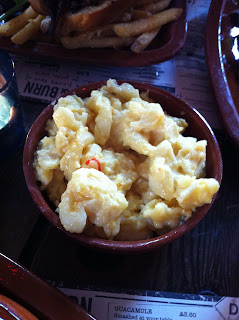 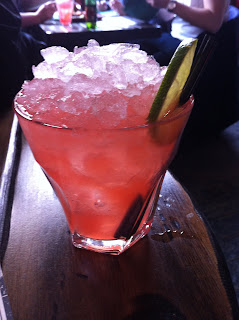 Our table for two was quite small and we wanted the dishes together which was a bad combination.  However we managed to fit everything on and attracted quite a few looks from other diners.  Not sure why though as it wasn’t that much food really, just the plates were big!  A diner in the eye line of Mrs Nom was making her uncomfortable by constantly looking over with a smirk.  Most people we observed were having burritos and not really entering into the sharing spirit which surely is what this type of food is about.

The food was more adventurous than what we’ve had at Wahaca and Lucha Libre which are quite similar being clean flavours rather than the stacked dishes at LLLB.  Each being enticing in their own right.  Both Almost Famous and Lust Lust Liquor & Burn will be sorely missed until they reopen.  We hope you come back bigger, better and stronger.