A couple months back we come across a 50% of deal to celebrate the launch of the Denman Street pop up branch of Shoryu in London.  The branch will reopen permanently around mid July.  Having heeded the warnings of massive queues at the Regent Street branch we arrived ahead of the evening rush and the restaurant was half filled around 6pm.
Being massive fans of Japanese ramen, having grown up on the instant Nissin versions we were high with anticipation.  After visiting one of the Hong Kong branches of Ippudo we were expecting hoping for tonkotsu, or pork bone broth of the similar standard If not higher.  We both ordered the signature Shoryo Ganso Tonkotsu along with sides of belly pork hirata buns and soft shell crab tempura.
The ramen arrived in a massive serving and certainly looked the part with masses of pork and condiments.  However the proof is in the tasting and the soup base seem to lack the depth of a fully simmered down broth and had a slight bitter twinge to it which left a sour aftertaste.  The ramen was on the firm side for Mrs Nom and we were not asked whether we wanted it softer or firm.  Whilst let down by the broth the ramen, pork, egg and spinach went down well, were suckers for ramen and as usual with larger portions I ended up finishing both of the ramen. 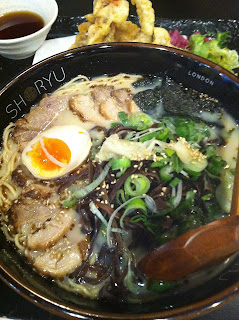 The belly pork hirata buns were well steamed with succulent pork and offered some interest inbetween the massive ramen serving.  The soft shell crab however was hugely disappointing being extremely greasy; I’d take Wasabi’s version in Manchester all day long at half the price. 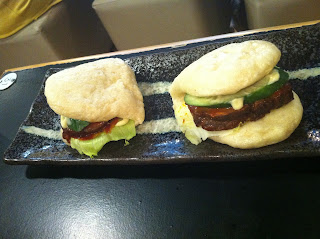 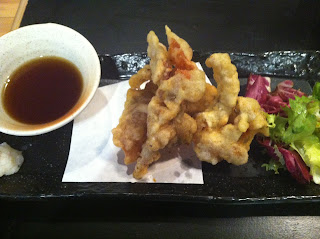 We finished with a couple of desserts, cheese soufflé cake and matcha azuki rolled cake.  The cheese soufflé cake was delightfully light and airy and we fought the last pieces.  The matcha cake was average, turned out to be just a rolled up sponge cake with cream.  The drinks menu was interesting of sakes and Asian drinks, we settled for aloe juice and strawberry calpico which were refreshing. 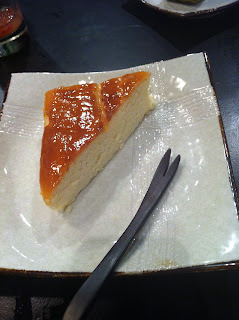 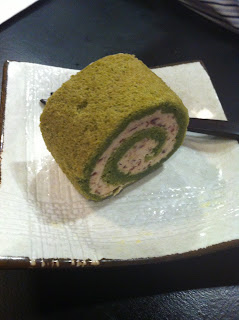 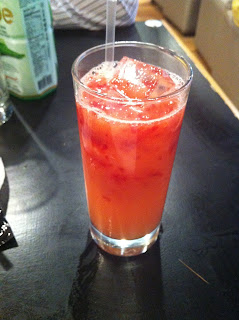 By the time we finished the place was packed to the rafters with large queues formed outside and it proved difficult to attract someone to settle our bill. A bit hit and miss, however as it was only open for a few weeks the tweaks may have been ironed out for the permanent opening.  Not sure if this would be my go to place for ramen whilst in London, Bone Daddies and Tonkotsu seem to get good reviews so we’d have to try them before we can pass judgement.