One of the delights of Hong Kong is the choice of Sunday brunch buffet offerings in the many hotels and restaurants.  When visiting buffets back home I think of the likes of Red Hot, Tops, Cosmo and the endless Chinese buffet joints, however hotel buffets are on another level if not planet, although you pay extra for the privilege. However coupled with unlimited drinks packages it ends up great value, although this depends if you eat and drink enough to make it worth it!  One brunch spot that caught our attention was Whisk based in The Mira, a 5 star hotel in the Tsim Sha Tsui area. There were rumours this is where Edward Snowden hid out during his recent exodus to Hong Kong.
Having booked some half a year in advance we were allocated a table in the middle of the main dining area.  Entertainment included a live DJ playing chilled tunes in keeping with the relaxing atmosphere and a magician who went around the tables, although not ours!  To be fair we were too busy eating and trying to get our monies worth anyway!
For £60 per person this included the semi buffet brunch and an unlimited alcoholic drinks package including set cocktails, wine and Veuve Clicquot Ponsardin Vintage Brut champagne.  A non-alcoholic package was also available for a lower price.  The way the semi buffet worked was that appetisers and starters were in a traditional buffet style being self-service and the middle and main courses being from a choice on the menu.  Drinks were constantly topped up by the attentive waiters. 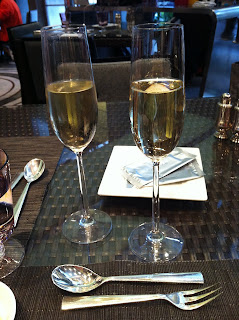 We didn’t need a second invitation to help ourselves to appetisers and starters and I went straight for the seafood section.  Mrs Nom was in awe of all the food and the desserts in particular, taking the opportunity to take some snaps of the different food stations.  The cold seafood selection included lobster, oysters, clams, crab meat and salmon.  I was like a kid in a sweet shop and stocked up on lobster and oysters.  This would be the first of many plates of starters.  We noticed a caviar station next to the seafood and tried this next.  Not being a caviar connoisseur I’m not sure what type it was but we were living the life and lapping it up, there were blinis and condiments to go with the various types of caviar. 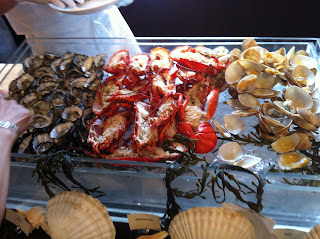 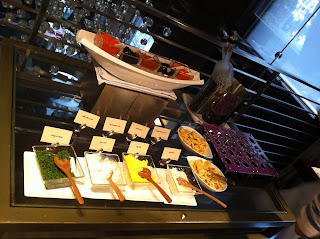 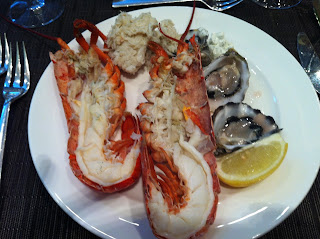 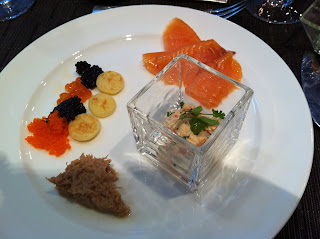 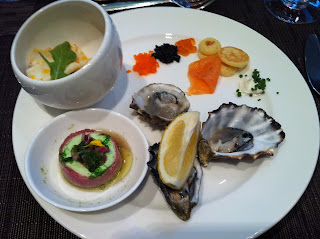 The middle course consisted of either a gourmet egg with parmesan foam or scrambled eggs.  We choose the gourmet egg but this turned out to be quite disappointing, probably mainly due to all of the other options on offer.  Other food stations included salad with a twist, with the watermelon medley being the highlight, along with small servings of other savoury items, from memory this included crayfish and chicken mousse type dishes.  The food stations also extended to outside in the garden where grilled tiger prawns and suckling pig was on offer.  This turned out to be the highlight with the prawns being massive and sweet, the pork was also delightful. 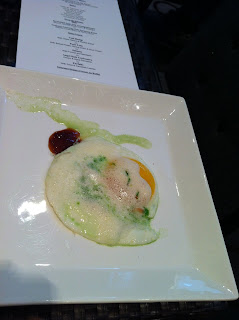 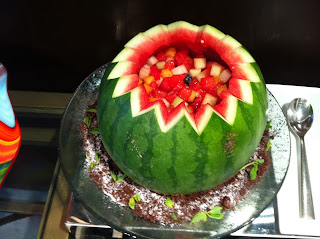 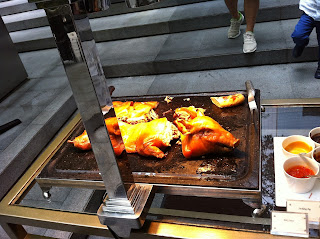 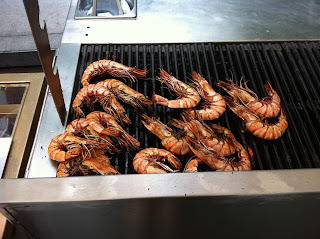 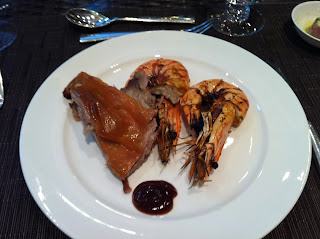 By now, some 4-5 plates in we were beginning to feel the pace and ordered our main courses.  I went for the veal steak and Mrs Nom chose the pork chop.  The main courses were bland compared to what we had before.  The pork chop come with a gigantic potato wedge that was the same size and seemed out of place, in comparison my veal steak come with greens only.  With her mind set on dessert Mrs Nom left most of the main leaving me to finish the pork chop and leaving the potato. 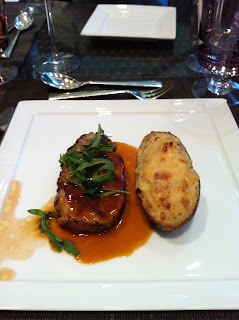 Mrs Nom had already snapped her way through the dessert station and was excited to fill her boots.  By now about two and a half hours had flown by and we were advised that the dessert bar would only be open for half an hour longer.  Being quite full we stocked a plate each, selecting as many different types that had caught our fancy.  The various cakes, parfaits, jellies were a fitting way to end the meal.  We had probably ten glasses of champagne between us along with a couple of cocktails, with the white sangria being the standout.  There was a scenic seating area in the garden that we had noticed earlier and asked for a top up before relaxing in the sun stuffed as a pig.  If only every Sunday could be like this, caviar and champagne, I could get used to this. 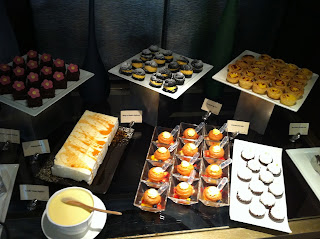 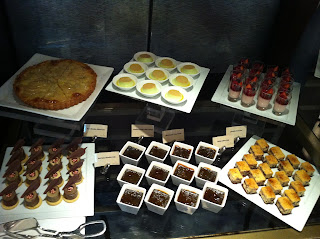 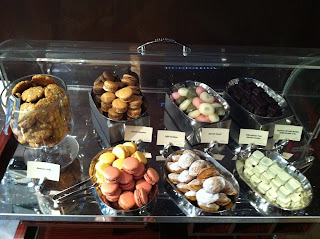 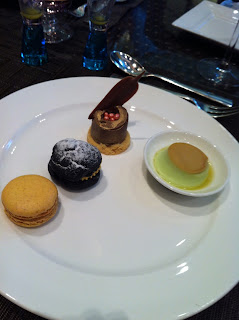 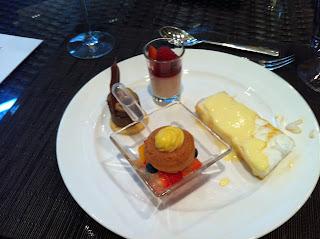