Mr Nom and I am a huge fans of lobster, we read about a lobster van called Bob’s Lobster doing the rounds in London and were instantly tempted to track it down.  Stalking them on Twitter we found out that they were popped up at Borough market.  Surrounding the van is a seating area with deck chairs and blankets for those that were feeling chilly.  We noticed all the staff were dressed smartly for an outdoor casual pop up and the creator and owner Rob would tell us why later. 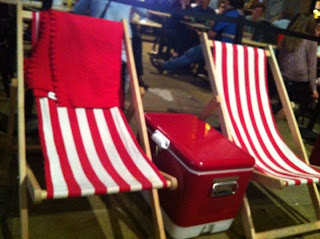 The menu was short and to the point, we ordered the lobster roll, tuna tacos and lobster mac n cheese.  The tuna tacos were very moreish and they were rather spicy for me, I did not expect them to be so hot but they were delicious I just had to bear the heat and indulge on each bite. 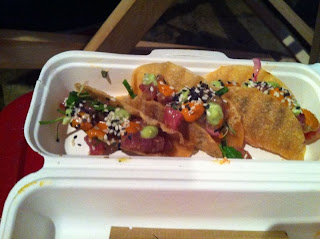 The lobster mac and cheese was addictive, I could not stop myself from taking bite after bite from the lovely pot and Mr Nom was complaining that he wasn’t left with much. The chunks of lobster were generous and every mouthful was full of the meaty crustacean, the essence of the lobster was evident in the taste. 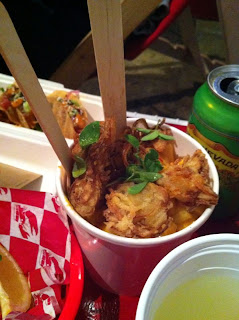 The lobster roll was Mr Nom’s favourite out of the three.   The bun was made from brioche, slightly toasted so it was crisp, light and buttery. I love brioche because the bread isn’t heavy unlike usual hotdog buns. The sweetness of the brioche was lovely with the chunks of lobster. The amount of lobster meat was surprising and there must have been nearly a whole lobster in the roll, including a whole claw which I liked.  Along with the mac n cheese it certainly fulfilled our lobster cravings.  The only thing we didn’t order was the lobster bisque but I am craving it now! 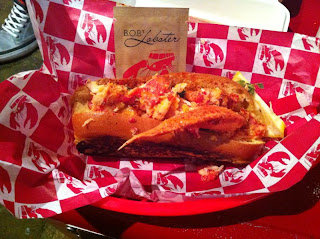 On finding out that we were from the Manchester and Liverpool the owner Rob came over for a lovely chat.  He told us that back in Canada and the US that lobster was accessible to all and that it was still seen as snobbish (hence the play on the shirts and bow ties) in the UK and that Bob’s Lobster aimed to introduce lobster to more people to dispel the perception over here.  We think the concept is great and unique in the street food scene.  We were given one of the famous polystyrene lobster claws which I was happily wearing back to the hotel which got a few funny looks!  Hopefully sometime in the future Bob’s Lobster will go on tour and visit us in the North West, here's hoping! 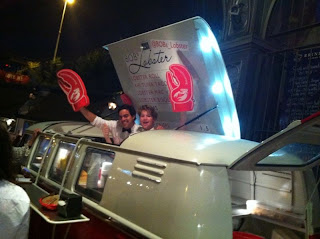 To find out where Bob's Lobster van can be located see the link below: