It seems like most of the Manchester bloggers have visited Mr Cooper’s House before we finally did last week. The restaurant is really funky yet stays in line with the heritage of The Midland. It is named after Mr Cooper whose house and garden sat on the site back in 1819. There is a big tree in the centre of the restaurant to reflect the garden and a wall of live herbs were growing as well which I thought was pretty cool. 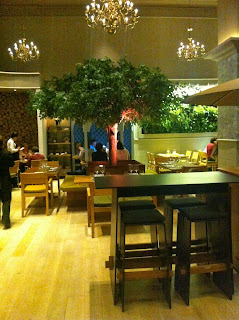 We started the evening with cocktails at the bar which was actually the library section of Mr Cooper’s House before being led to our booth in the study. Mr Nom was surprised that his Garden of Tea-den cocktail was served in a teacup but it clearly stated on the menu. 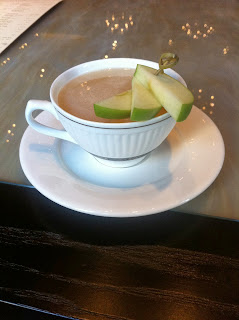 After seeing an array of wonderful pictures of the food on Twitter and various blogs we had an idea of what we wanted to order.  We choose a selection of starters to share.  First was corned bread, chicken livers, mango chutney and watercress, tasty delights and I loved the mango chutney; it was a lovely touch to the starter and just made me want more of it. 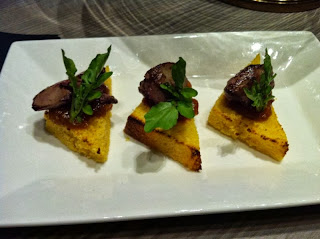 Parmesan patties, mushroom ketchup and baby leaves were delightful. I was not really that enthusiastic when Mr Nom ordered this but it was a pleasant surprise, I think this had to be my favourite starter. The sliders were flavoursome and the parmesan wasn’t too overpowering which I feared at the beginning. To complete the trio, smoked eel torte, lovage and pork belly, probably my least favourite starter, the torte was slightly bland for me and the eel and pork belly didn't really come through as expected. 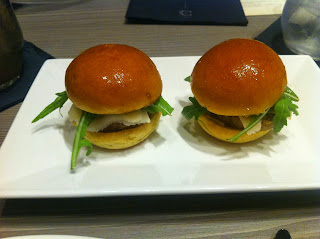 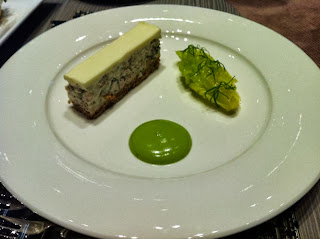 Hot on the heels of the starters, our mains arrived. I did not expect them to be small portions, but it just meant I have extra room for dessert!  I chose sweet potato casserole, spiced duck breast and sesame, the duck was slightly too pink for me, but I still ate it; in fact I don’t mind my duck served that rare now. The sweet potato was really intense in flavour and the sesame was an interesting combination.  Mr Nom had mussels, monkfish and potato romesco, this was seafood joy and I really liked the red pepper based sauce with the meaty fish. 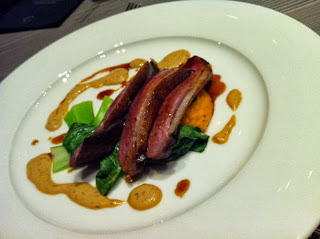 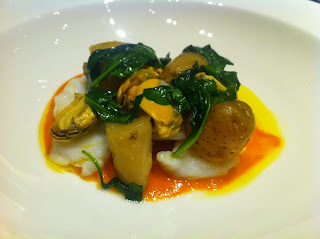 Our waiter politely asked whether we would be interested in desserts, despite knowing the answer! There were several desserts that I wanted but we only selected two for now, don’t want to be too greedy and we want to return to work our way through the rest of the menu!

We both had our eyes on the apple butterscotch pie so that was a must order. What came was warm chunks of apple pie with a puddle of tasty butterscotch, and a scoop of cinnamon crème anglaise, this was simply bliss! I also chose chocolate hazelnut pavlova, with chocolate sauce poured over the pavlova upon arrival, it looked delectable. I think I made a noise when I tasted it as Mr Nom tweeted that I had just had an orgasm over the dessert which Mr Cooper's retweeted, oh my god shame! Anyways It tasted like Ferrero Rocher, one of my favourite chocolates, a lovely dessert to end an enjoyable evening at Mr Copper’s house. 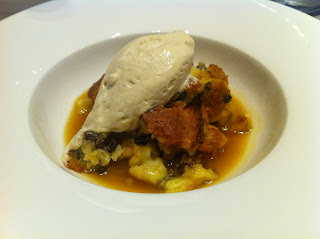 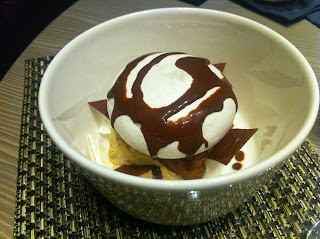 The food at Mr Cooper’s House has been consistent and great all round; if you are a big eater you do need to order several starters like us! The portions are quite small but it just means you can sample more dishes.  The service is very efficient; I was surprised how quickly each course was served, in the case of the desserts it was barely five minutes from ordering. It won’t be long before we return to munch our way through the rest of the menu.