A long anticipated visit to 1 Michelin starred Yauatcha in Soho London was finally fulfilled last month. We were all looking forward to sample the dim sum dishes, desserts and drinks that we had seen plenty of pictures online. As a party of 3 that evening, we ordered a selection of cocktails and mocktails.

Hakka cocktail is one of Yauatcha’s signature cocktails containing sake and vodka, it was strong but still fruity with the addition of lychee, lime, coconut and passion fruit. 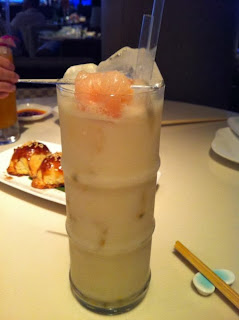 Nara iced tea, refreshing lovely with a dose of cinnamon. 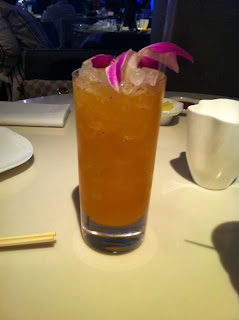 Strawberry and vanilla iced tea, there were strawberry bits and aromatic vanilla flavouring, what's not to like! 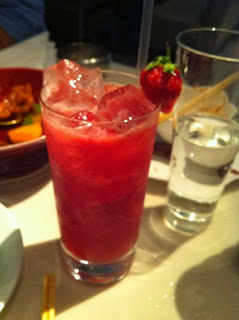 The venison puffs were first to arrive and were probably Mr Nom’s favourite dim sum. The meat was flavoursome, I reckon we could have all eaten a full portion to ourselves. A dish you don’t want to share with others and we highly recommend them! 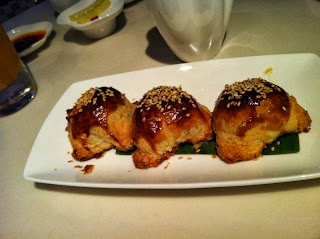 Roasted duck pumpkin puff was a pretty looking dish. Pumpkin shaped puffs and pumpkin was incorporated in the dough as well. Additionally, inside there were cubes of pumpkin and shredded duck along with coriander for added flavour. 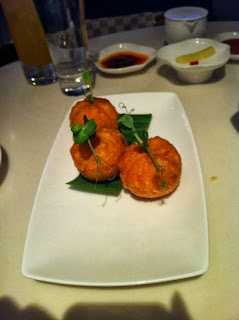 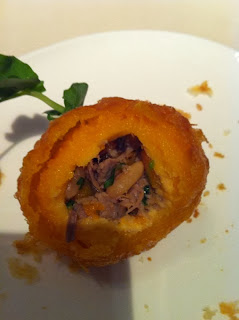 Lobster dumpling with tobiko caviar, quite a mild flavour, was not as special as we imagined it to taste. 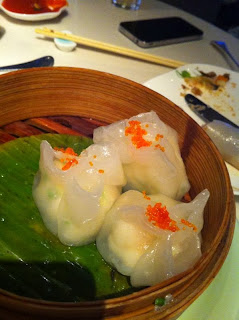 The truffle and mushroom spring rolls were simple and nothing special. 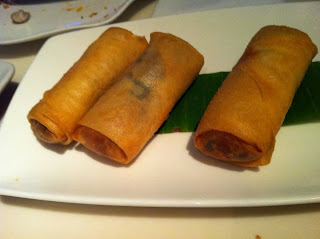 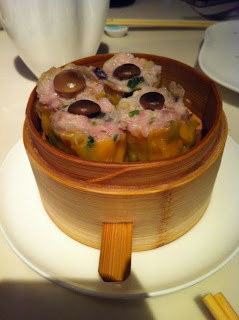 Striploin beef with enoki mushroom cheung fun, this was a tasty dish, the beef was delicious and the use of onions was fragrant alongside my favourite enoki mushroom which has some bite to it. 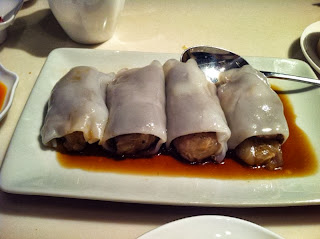 Jasmine tea smoked ribs was delicious, slightly smoked with a hint of jasmine. They were a winner on the table too. 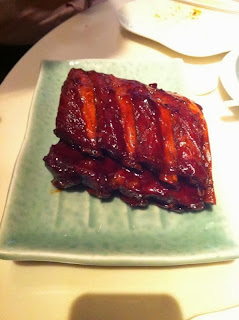 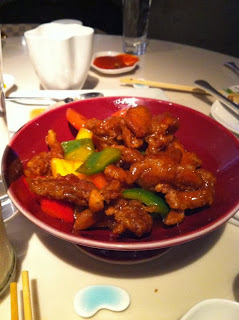 We ordered a side of egg white fried rice with dried scallops and asparagus to accompany our mains; we were surprised how small the portion was. The rice was not oily which you might sometimes find with egg fried rice but this lacked some seasoning. 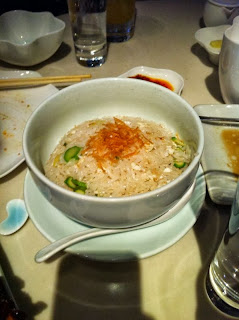 As you guys should know by now, I am a huge fan of desserts; I couldn’t possibly leave Yauatcha without ordering something. Mr Nom settled for the raspberry delice and I chose the apricot mille feuille. They were presented beautifully. The raspberry delice looked like it was almost inedible; I did not even want to stab my fork into it and the ice cream was lovely. 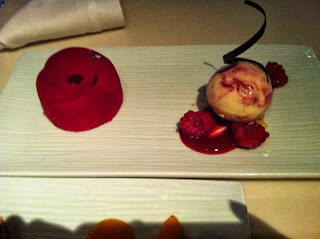 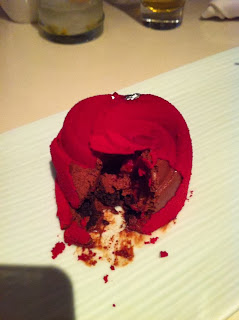 The apricot mille feuille looked amazing. I expected the layers of puff pastry to be crisp but in fact it was a little soggy. The flavours were subtle but it was a great contrast to the raspberry delice which was on the sweeter side. The apricot sorbet was really zingy, a refreshing accompaniment to the mille feuille. 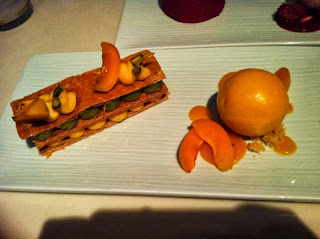 Yauatcha also have freshly baked cakes available to take away, along with macaroons and chocolates. Looking at the display was enough as the desserts were so filling, when I’m next back in London I want to sample them all! 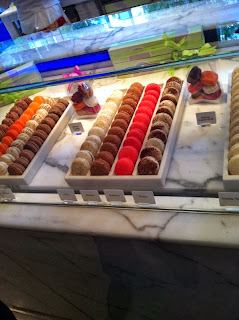 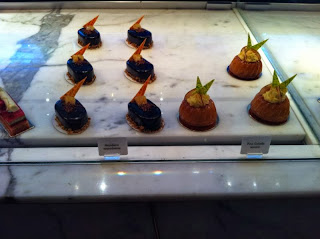