Every time we walk past Barrafina on Frith Street in Soho the queue seems to be out the door. With limited counter seating and a couple of tables there are constant waits of over an hour. We decided to brave the wait one Saturday night and were pleasantly surprised when it whittled down quite quickly, from out of the door to seated in under half an hour. Perhaps we were lucky to join the queue when a raft of diners were coming to the end of their meals. The patience of the staff needs to be commended as at least twenty people stormed in expecting to be seated oblivious to the waiting diners along the wall bar, each being batted down and told to join the end and wait.

Once seated the ever changing specials board was being updated in front of us. The whole lemon sole with dill vinaigrette caught our eye and it was a whopper. Fresh fish cooked on the bone with not much else and it didn’t need it. 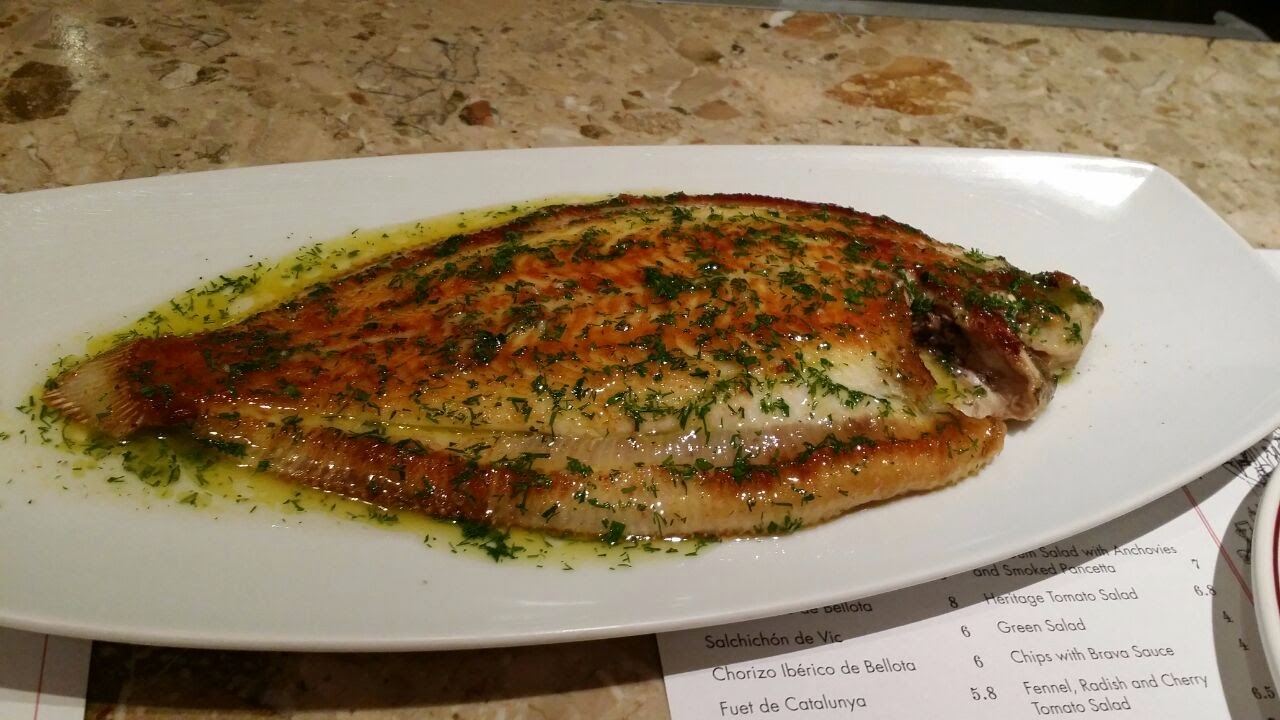 Gambas al Ajíllo, big juicy prawns and no one batted an eyelid when I sucked the heads which are the best bits. 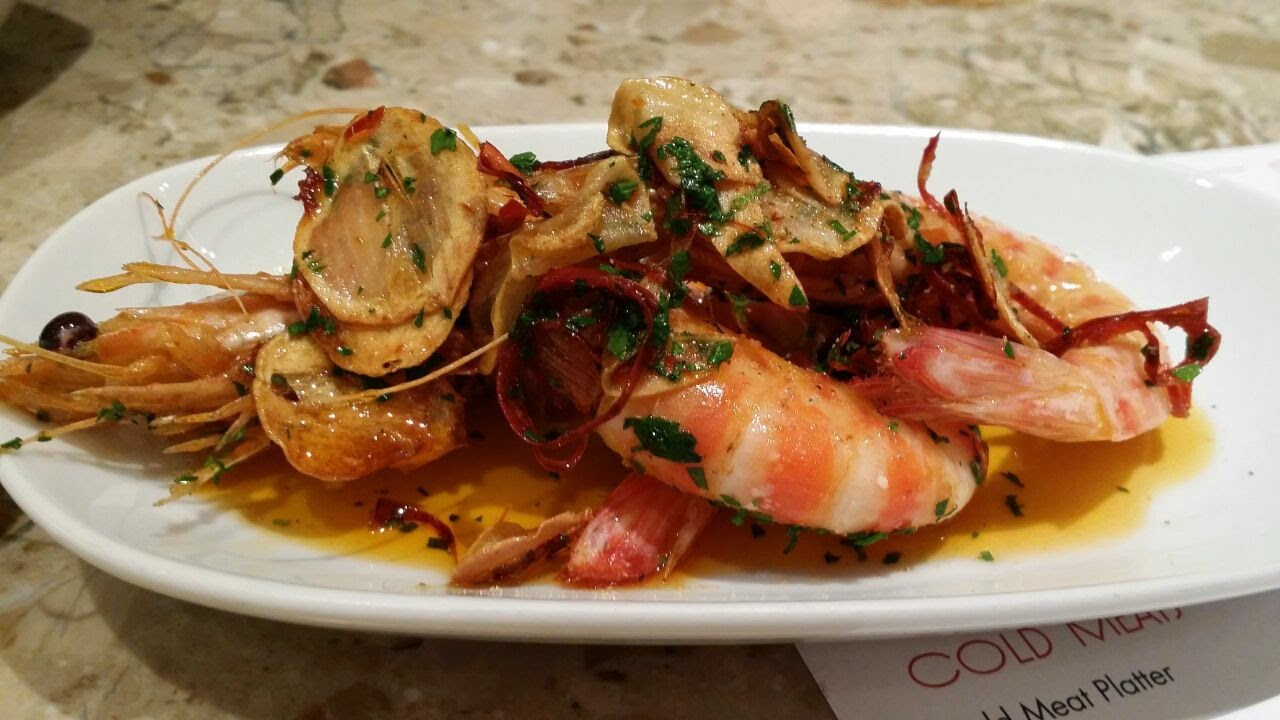 Grilled quail with alioli, the breast was nicely deboned and which made eating the quail a doddle. Octopus with capers, a large portion of meaty chunks of octopus again simple but effective. 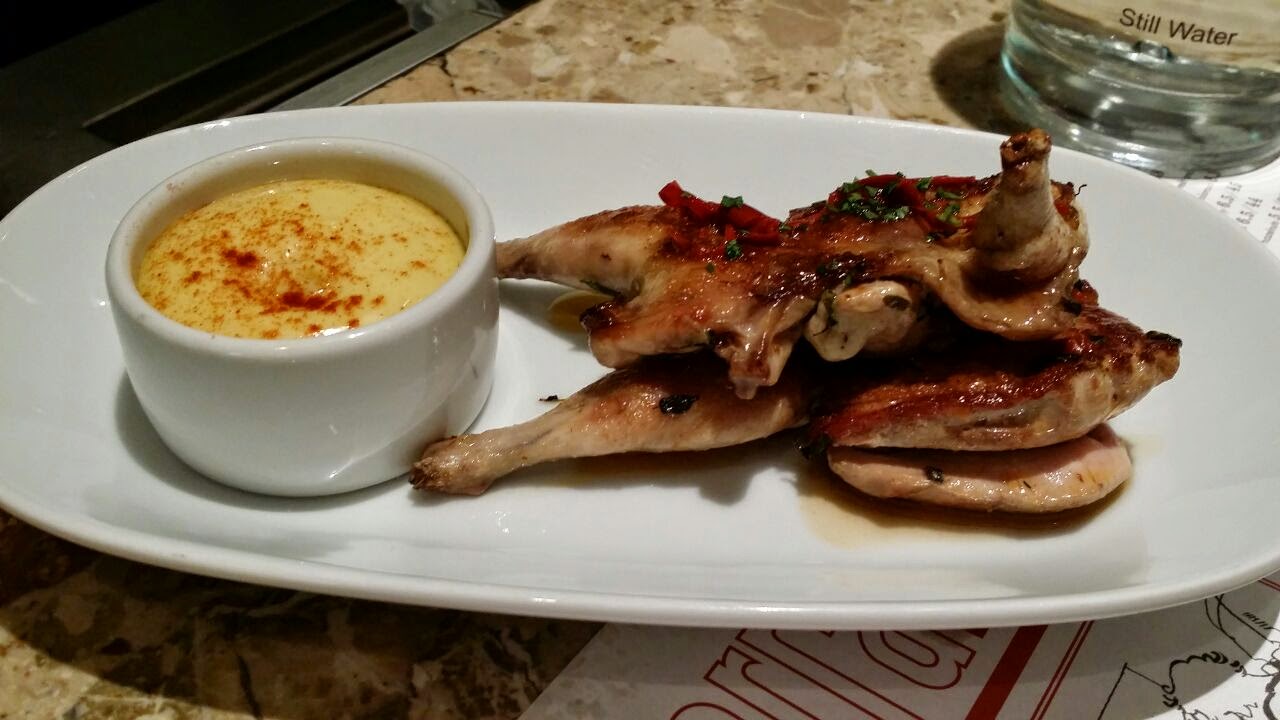 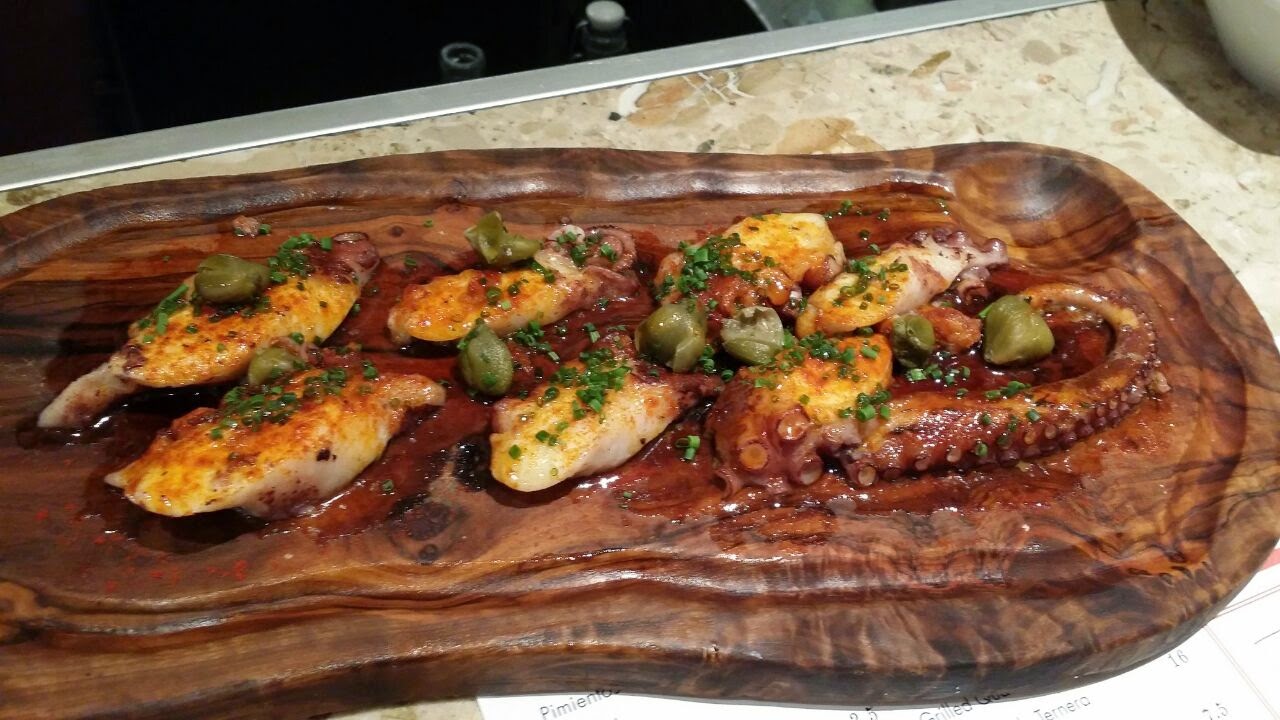 Chorizo, potato and watercress, the simplest dish gave us our carbs. The chorizo was top notch and rounded off a light meal. 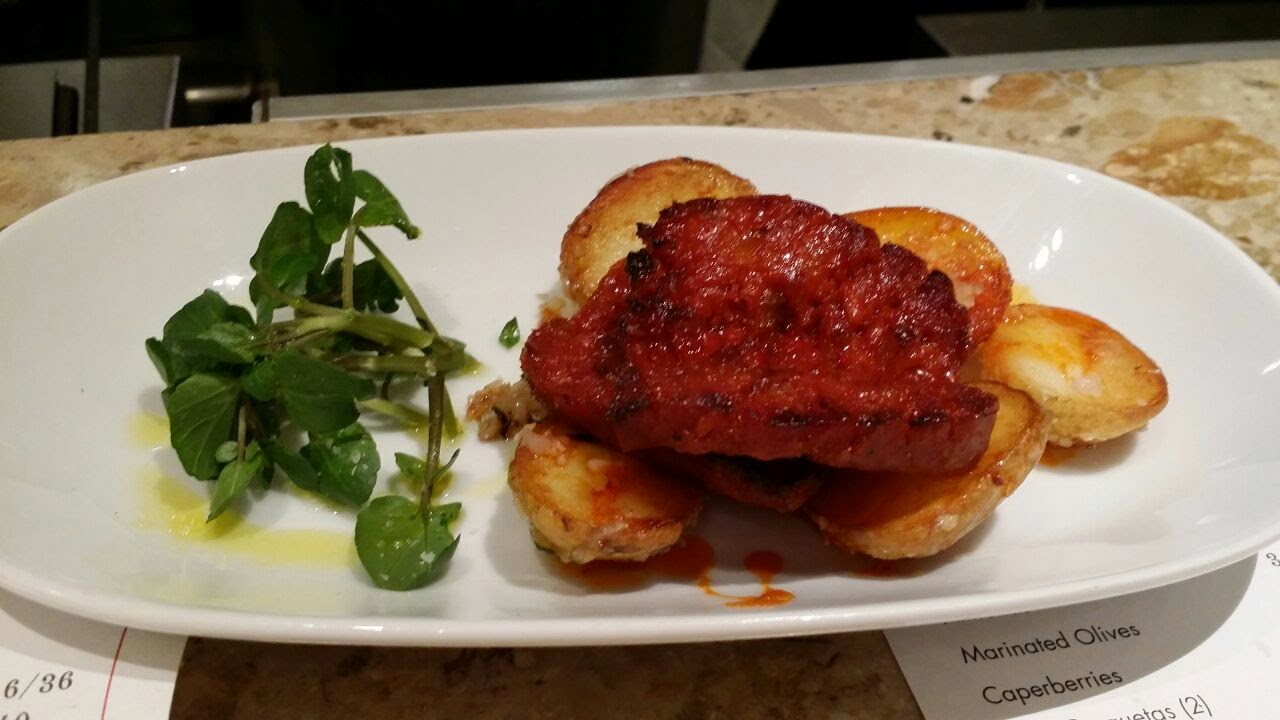 The service at Barrafina is exceptional despite the lack of space and popularity, dishes are served when they are ready and at a leisurely place so that diners are never overwhelmed with all the dishes arriving at once. Most of the food is cooked in the open kitchen in full view of the counter seats which adds to the atmosphere. If you happen to walk by my advice is to get in line!