Our meal of 2013 was undoubtedly at L’Enclume, the mothership of Simon Rogan’s empire. When we found out that he would be taking over the restaurant at Claridges and that the opening month coincided with my birthday there were no longer questions on choosing a venue. The restaurant opened in May and I have just summoned the courage to write up the blog post. I guess the sheer length of the menu and pictures has put me off until now.

One thing I find annoying when reading other blog posts about Fera is that some people complain about the length of the tasting menu and describe them as sixteen courses. It irks me as I don’t really class the opening seven ‘snacks’ as courses, some are merely a bite and are served in quick succession. Since our visit I see that the tasting menu has been trimmed down slightly to thirteen items along with a price reduction from £120 to £105. I was lucky to book a table within the opening weeks and reservations were like gold dust in May, however during the current slow month of August it seems you can pretty much dictate a time and date from the online reservations.

The interior entrance to Fera is quite understated and somewhat concealed as we walked straight past the subtle Fera signage and doorway without realising. The dining room is dominated by a tree in the centre and the décor is classy without needing the bling like the crystal chandeliers at The French, the Manchester restaurant of the Rogan group. 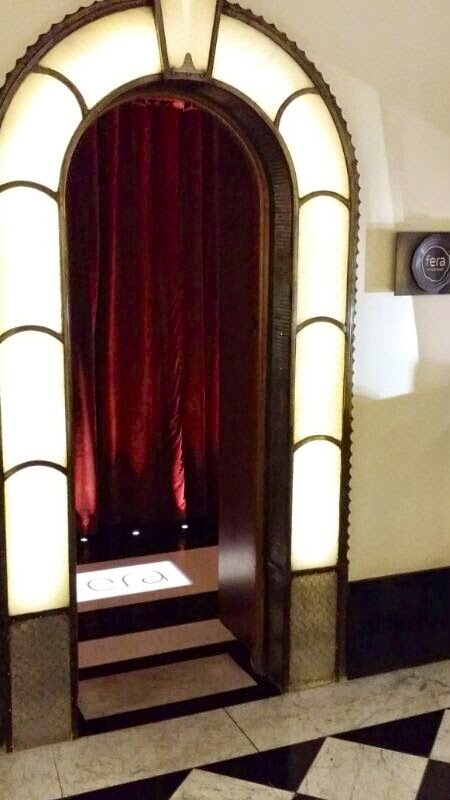 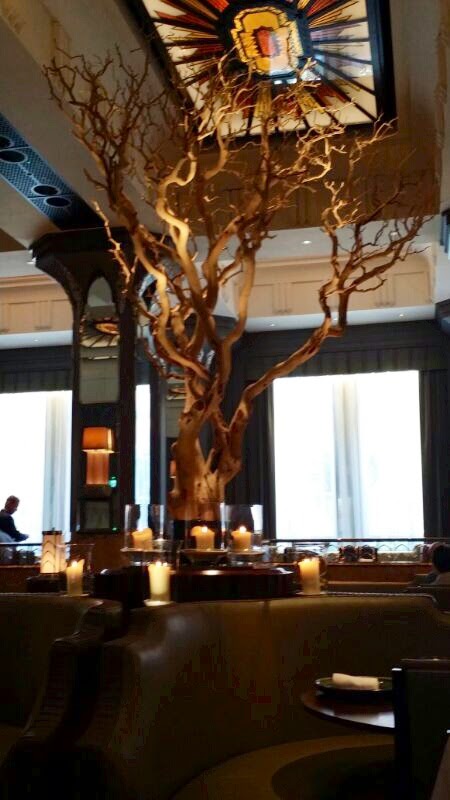 Pea wafer, fennel and flowers – the first of the snacks and showcased the clever use of flowers which feature in many dishes add subtle enhancing flavours as well as raising visual aesthetics. 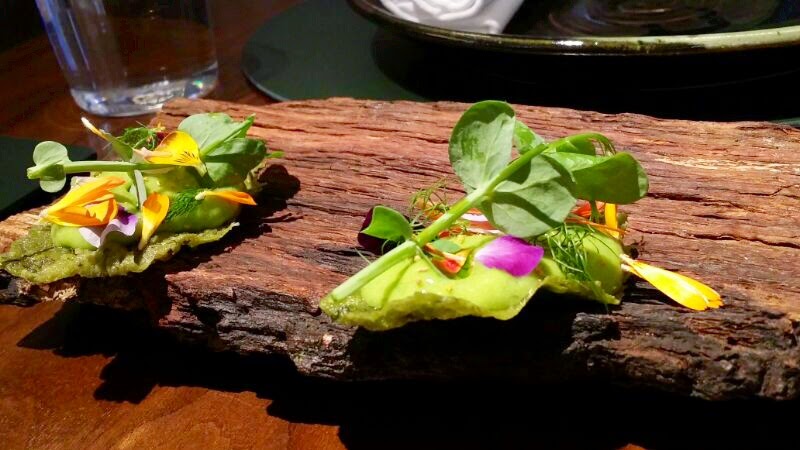 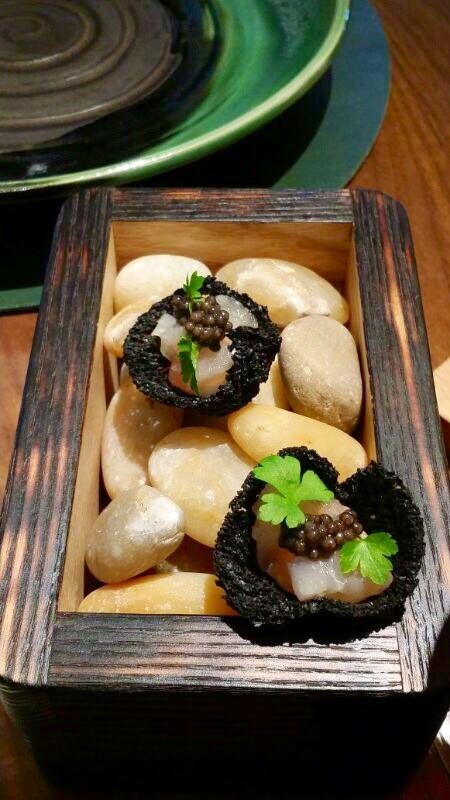 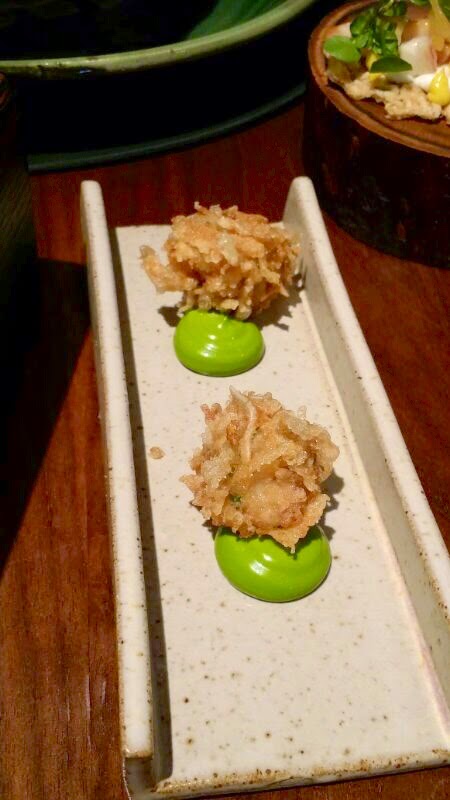 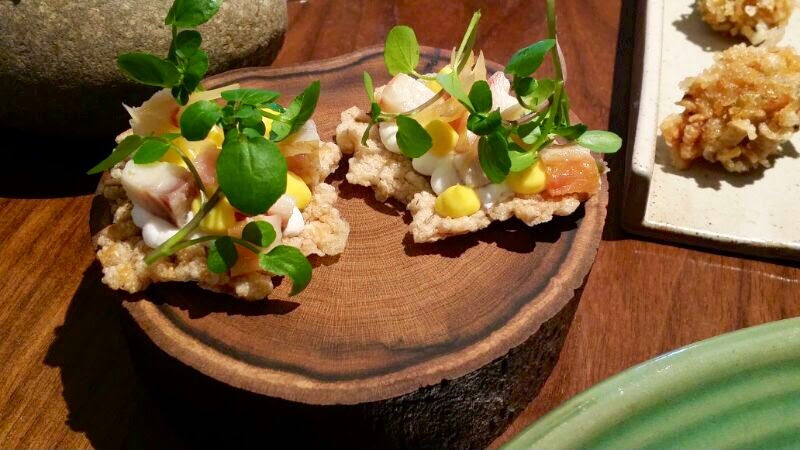 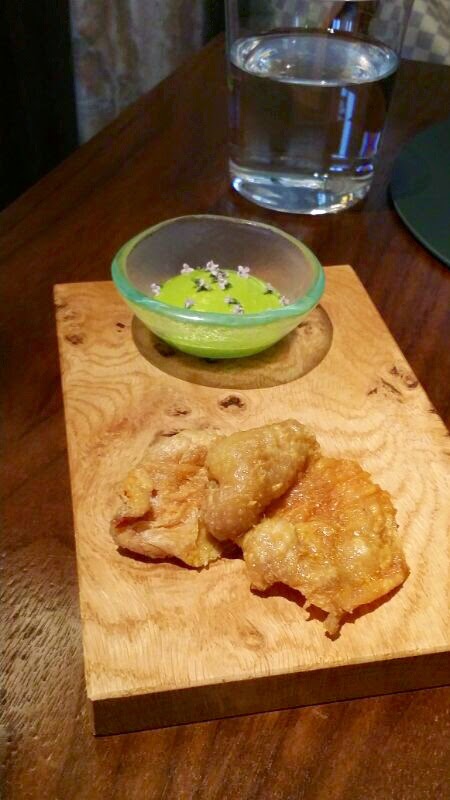 Winslade, potato, duck heart - the creamy potato with Winslade cheese was a dream. 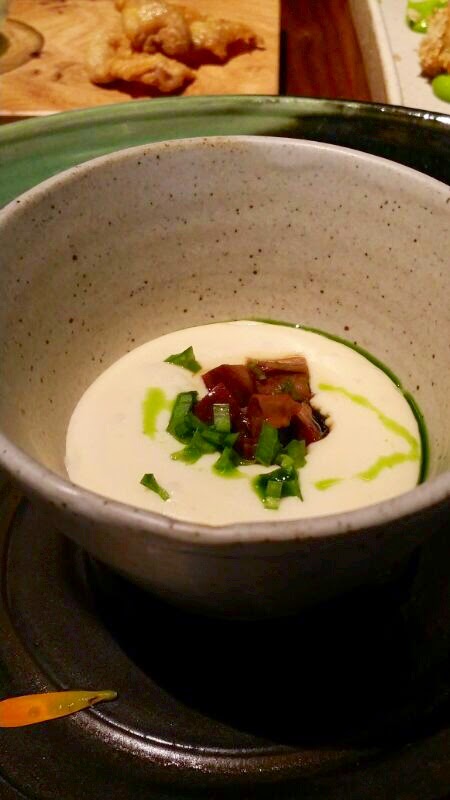 Portland crab with lettuce and seaweed 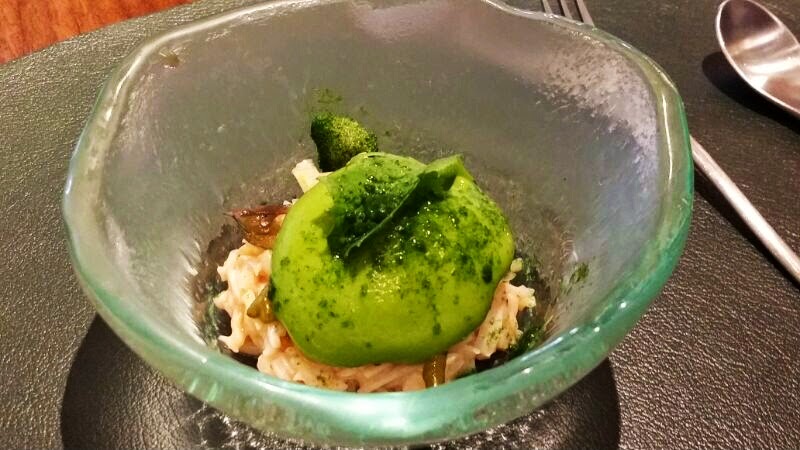 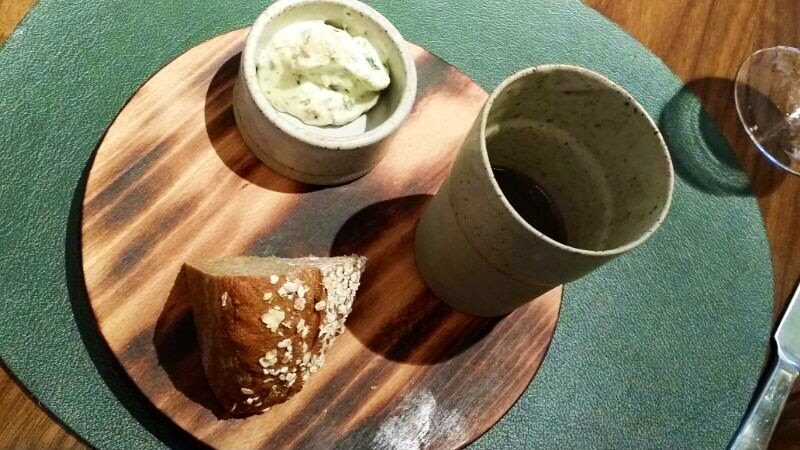 Raw beef, smoked broccoli cream, scallop roe, acidic apple juice – the first of the proper courses, compared with the venison and ox dishes at L’Enclume and The French the acidic apple juice took some getting used to and Mrs Nom found it a bit sharp. It would have been easy to go with the tried and tested but this dish showed the ambition of Fera to stand out on its own. 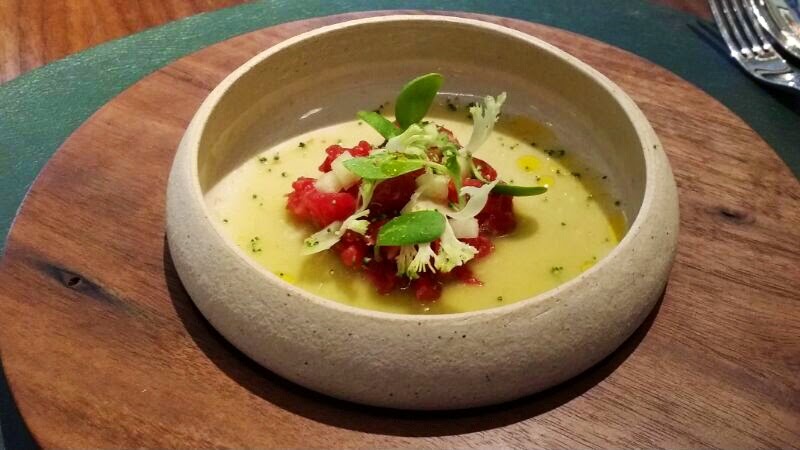 Asparagus with savoury, onions, St George’s and chrysanthemum - probably the simpliest and least impressive course, I also suffered asparagus fatigue around the time with it being in season and served everywhere it seemed. 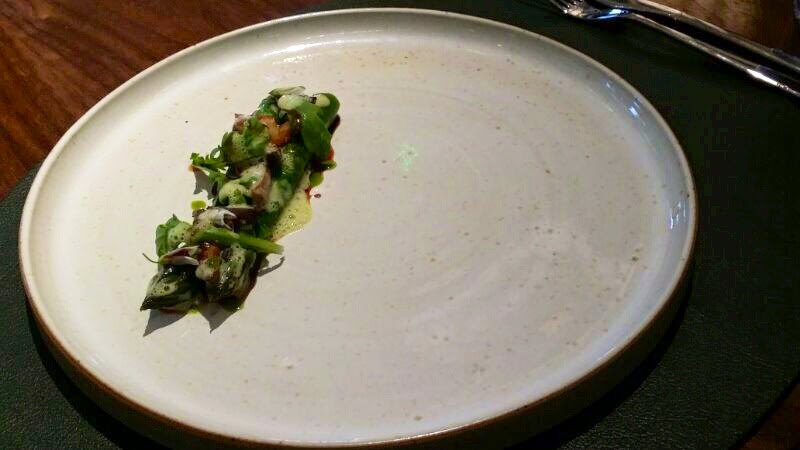 Prawns from Gairloch, prime port fat, borage and chicory – my dish of the meal, theres just something so sinfully right with the combination of fat and plump prawns. 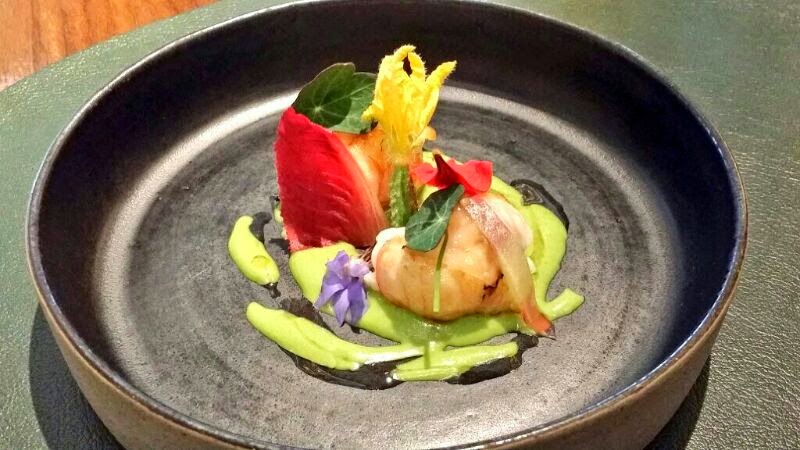 Grilled salad, Isle of Mull, truffle custard and sunflower seeds – served with unusual utensils to scoop the salad from the huge bowl. 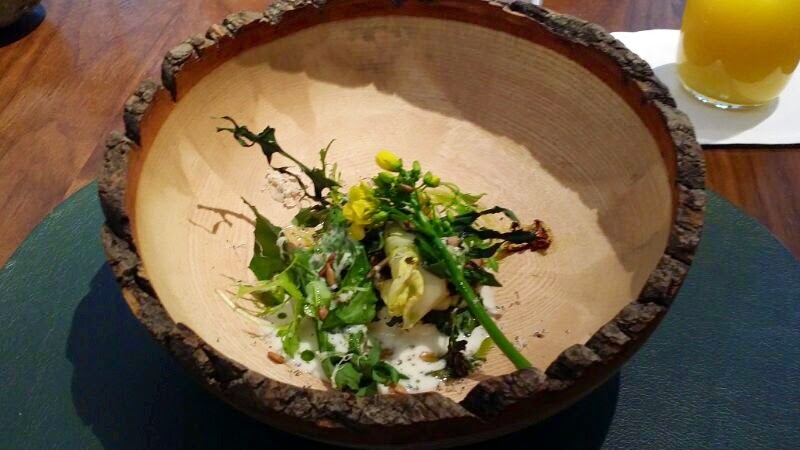 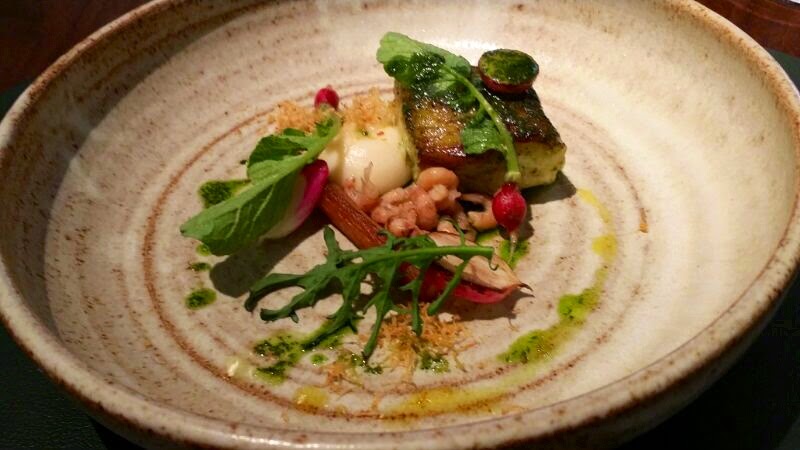 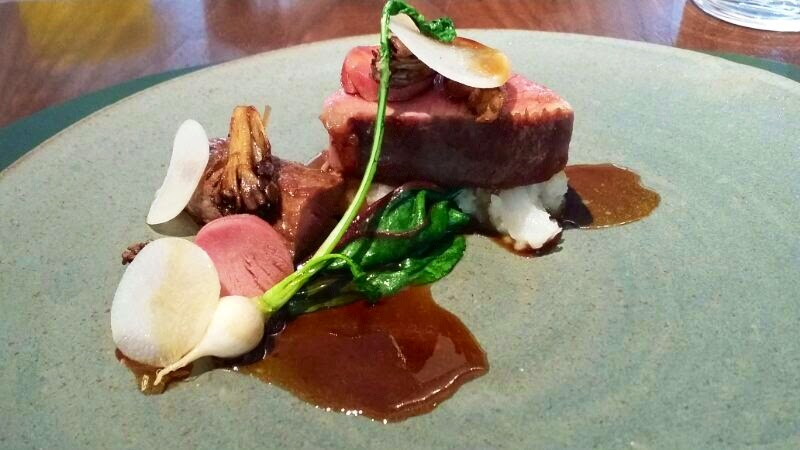 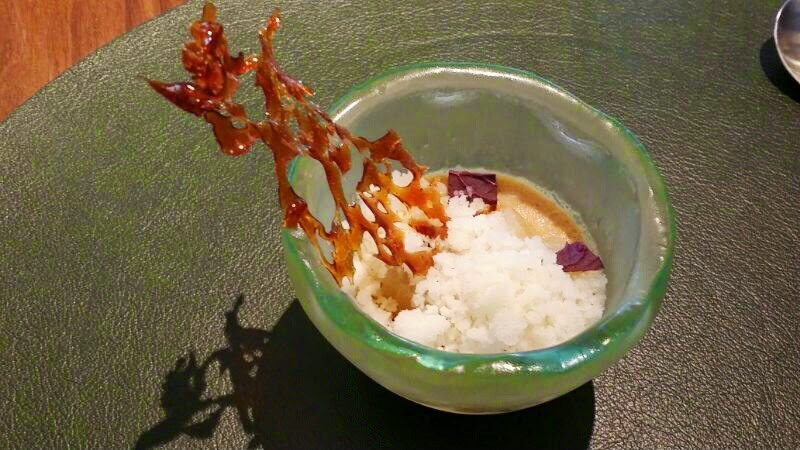 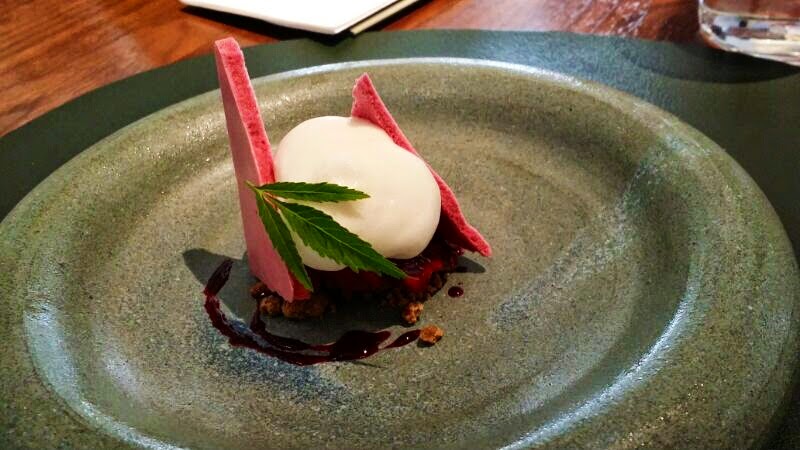 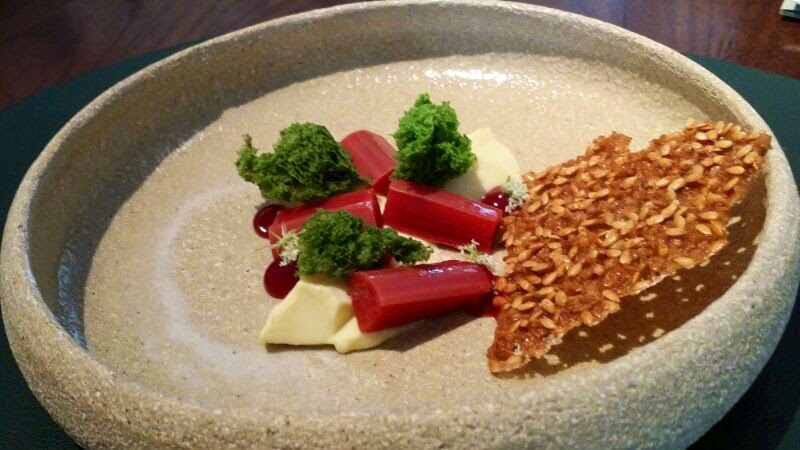 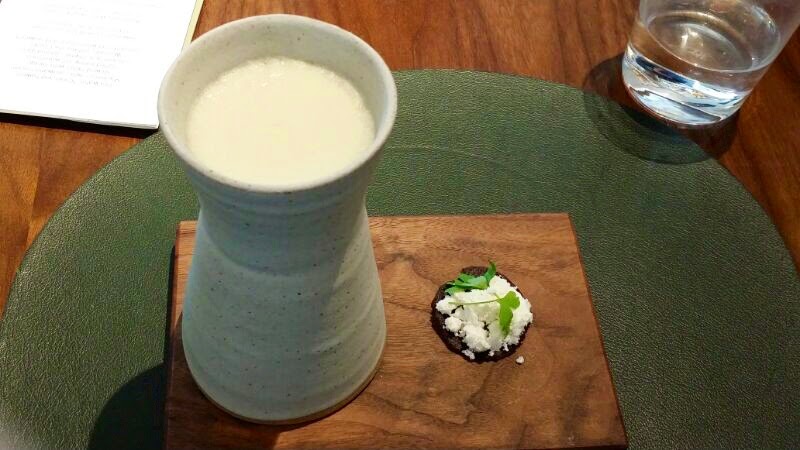 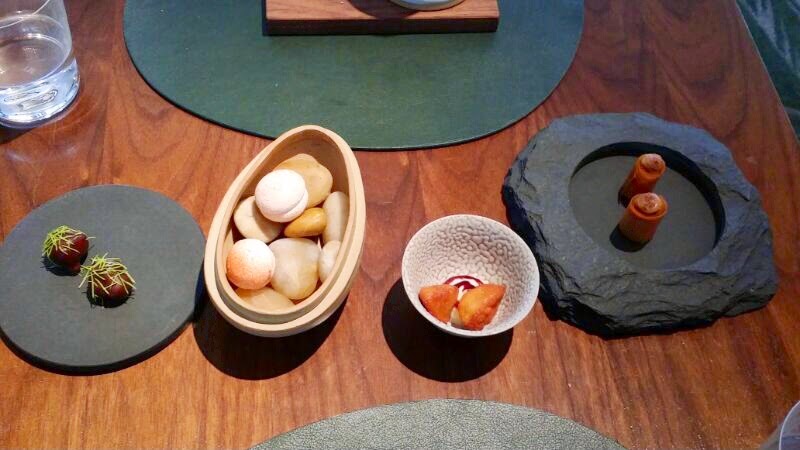 The service was slick despite the limited services since opening. One new aspect of the service not noted in Rogans other restaurants was that he encouraged his chefs to serve dishes where possible. It was a pleasant surprise to see Rogan popping out of the pass and serving other tables, this built up the anticipation as we waited for our turn. When our turn came the passion and knowledge of the ingredients exuded naturally with any questions answered effortlessly. When Executive Head Chef, Dan Cox, served us a dish we said we recognised him from Restaurant Wars on the BBC and he was quite shy and displayed a few nerves, probably not used to the spotlight as much as his boss.

The meal was not without hiccups however and when a thread from a cloth found its way into one of my desserts it was handled swiftly with minimal fuss. We were given a tour of the kitchen after our meal and it is probably the most high tech one I have ever seen. Including the kitchen and service staff, they nearly outnumber the diners which gives some perspective on the vastness of the operation and the overheads must be astronomical. We witnessed Rogan plating up a few dishes, showing each dish the same respect and making sure they were perfect before releasing them for service.

Overall based on our visit we would rank Fera second, behind L’Enclume and ahead of The French. This is to be expected as L’Enclume has been open and developed over many years. One of the marketing plans was that it was hoped that visitors to Fera would then make the pilgrim to visit Cartmel. For us up North and followers of Rogans food it’s the other way around, but given the choice for future meals I’d rather make the trip to Cartmel for the magical L’Enclume, but this may change as Fera becomes more established.