Flat Iron is one of my favourite cheap eats in the food mecca that is Soho. I became an instant fan when I visited the original Baek Street branch last year. Where else can you get a sublime flat iron steak for a tenner? I’m not surprised at the success and Flat Iron recently expanded with its second outpost on Denmark Street in Covent Garden.

I was intrigued with the Yorkshire wagyu burger special with truffle hollandaise. The restaurant frequently tweets enormous cuts of meat of which they butcher in house. The burger was recommended rare by staff and that was perfectly fine by me. A huge stoking burger was presented on the same boards on which they serve the steak. The outside of the burger had a nice charred crust and the truffle hollandaise oozed out the side, simple presentation but very tempting and inviting. 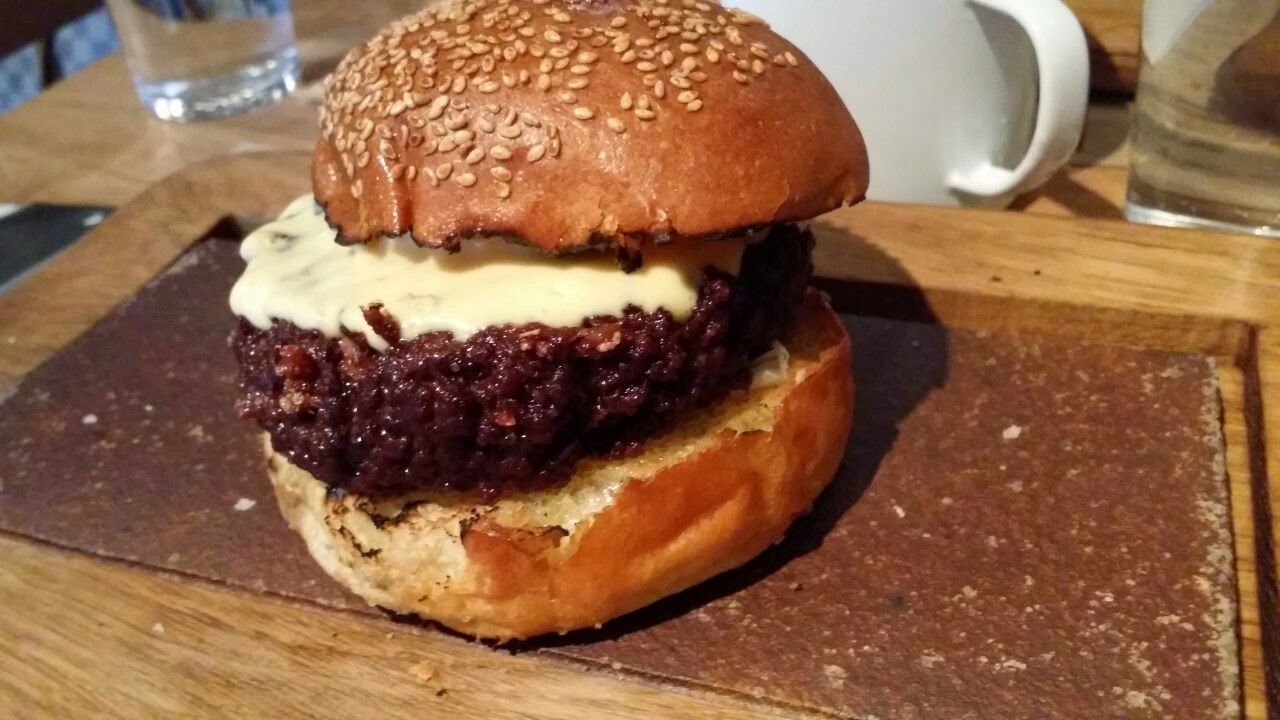 The outside of the burger carried a dark char and I wondered about the meat inside, but I needn’t have worried as it was perfectly pink and rare inside. It takes some skill to do this as my attempts at home tend to completely overcook the meat in the middle. The burger was moist yet without leaking juice all over the bun. The truffle hollandaise was light without overpowering the delicate beef which obviously was the star, simple great, fatty, beefy goodness. My burger of the year so far, well worth the £15 asking price for the quality. 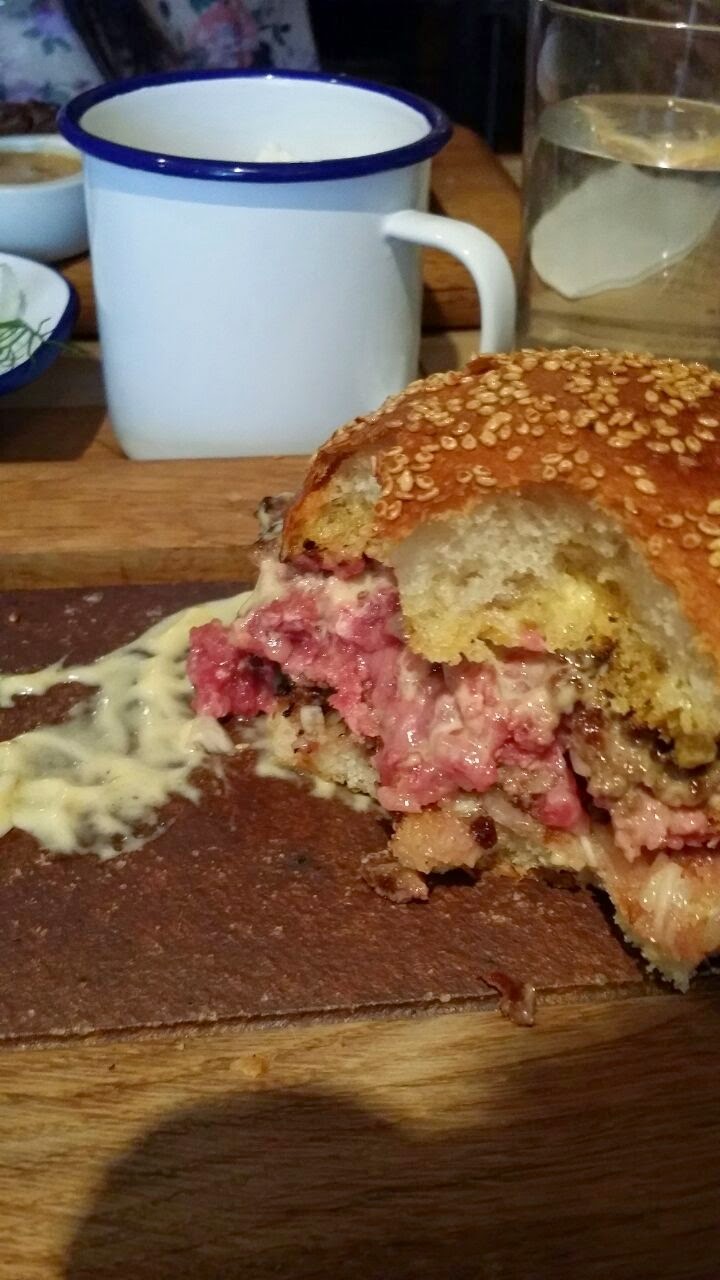 Mrs Nom was a Flat Iron virgin before the visit and she went for the signature steak. After amusing herself with the mini meat cleaver knife she was amazed by the well-seasoned, rare flat iron steak presented to her. She couldn’t believe how much she enjoyed it as she’s not usually a steak kind of girl. To balance the protein we had a nectarine and fennel salad with dill vinaigrette. 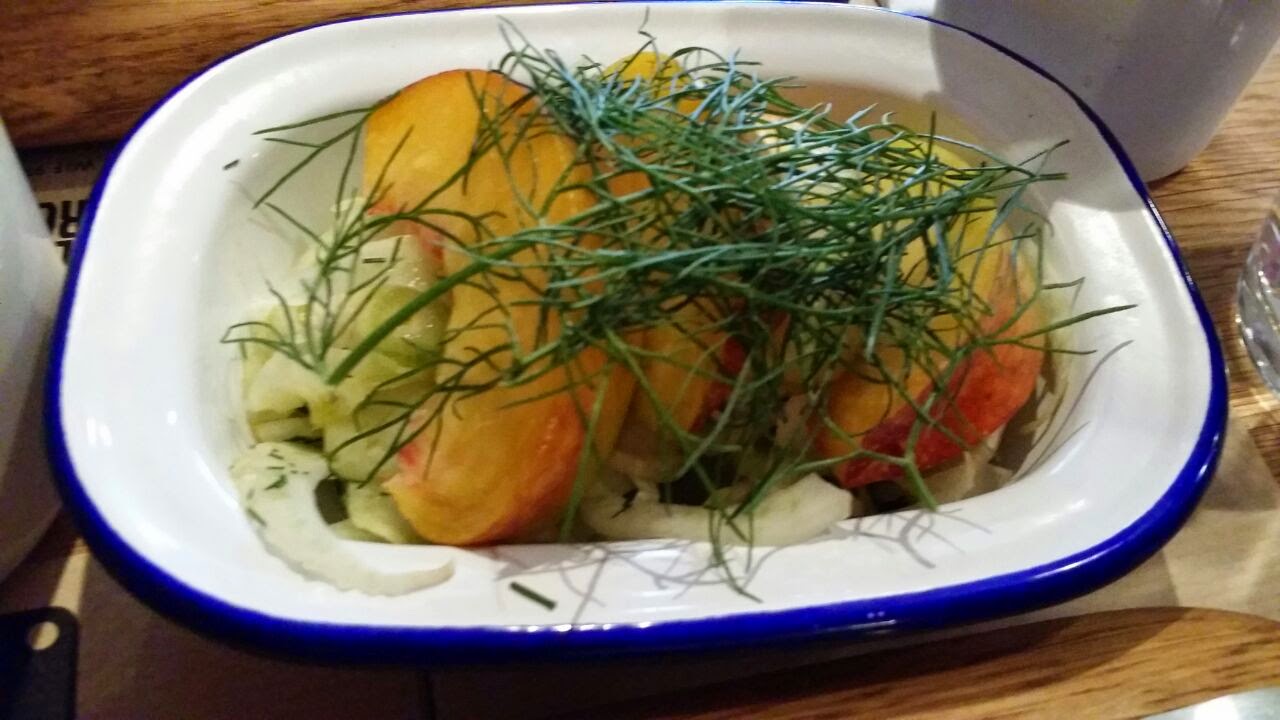 A little except on the bottom of the menu kindly asks customers to not pinch the novelty knives as the business expends a great deal to source quality meat and providing it at low prices which would be not be possible if they incurred avoidable costs. At £10 for a quality flat iron steak, it must be one of the best meat cheap eats in central London.