A recent visit to the Living Ventures venue situated in Albert Dock was a real disappointment. Once we got over the novelty factor of the pirates inspired décor the food failed to deliver. Being in a large party we ordered a selection of starters and mains all to share.

Chest of wings with Piri Piri and blue cheese dip – billed as served in a treasure chest which we saw on other tables, ours were served in plates and the dull appearance matched its taste, not even the dips could lift the bland wings. 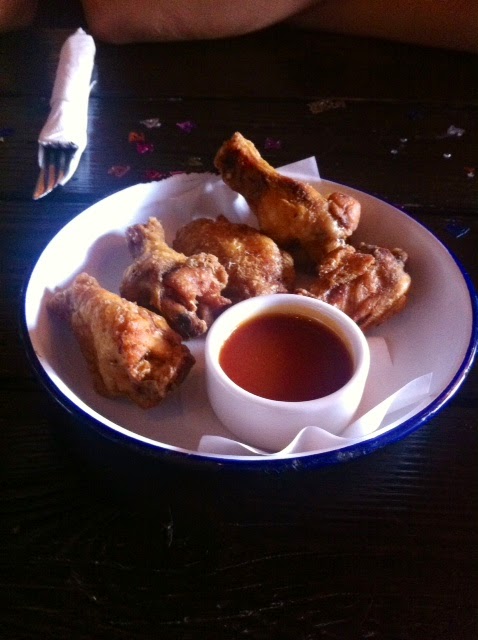 Calamari with lemon mayonnaise were nice and crispy. Chicken liver and rum pâté with plum and apple chutney was probably the pick of the starters with the apple chutney being the star. 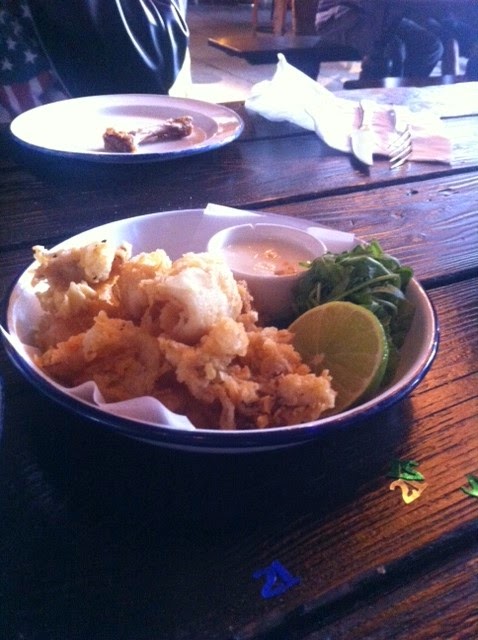 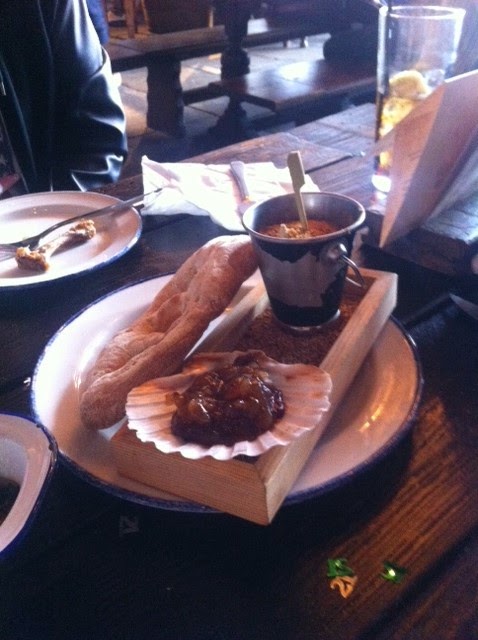 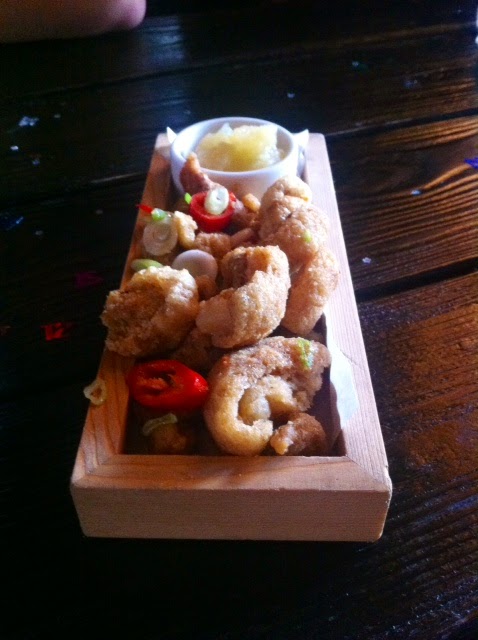 Pan fried garlic mushrooms with crusty bread and truffle butter and smoked haddock fishcake with tartare sauce were both rather average and uninspiring. 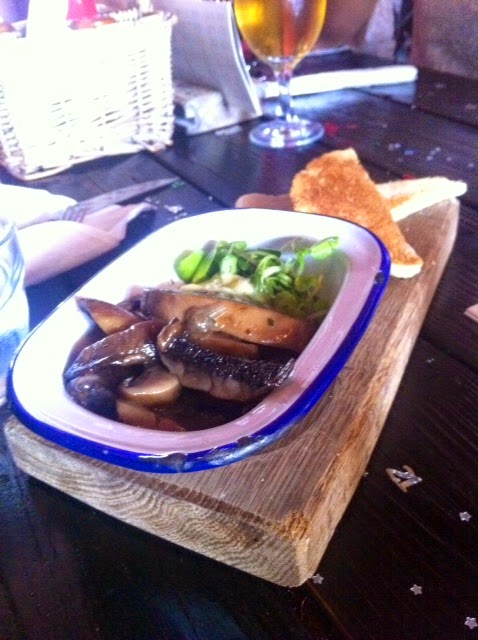 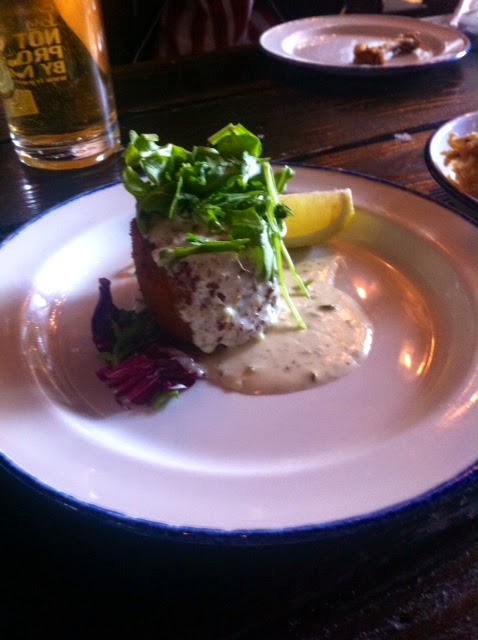 The starters were a mixed bag but the mains were the real disappointment. I enjoyed the hanging kebabs from the Oast House, another Living Ventures venue in Manchester. The same kebabs here were lacking the same care in cooking and ended up being rather dry and chewy. We had the chicken, beef and lamb kofta hanging kebabs, the best one probably being the lamb. 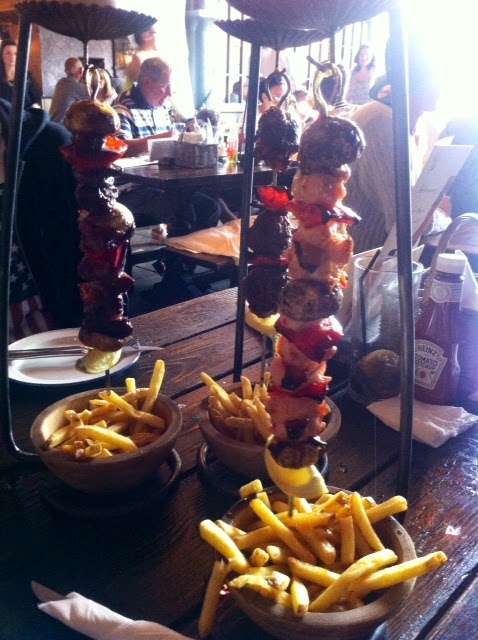 9oz ribeye with garlic butter – the steak was full of sinew and hard to chew, medium rare ended up being too tough. 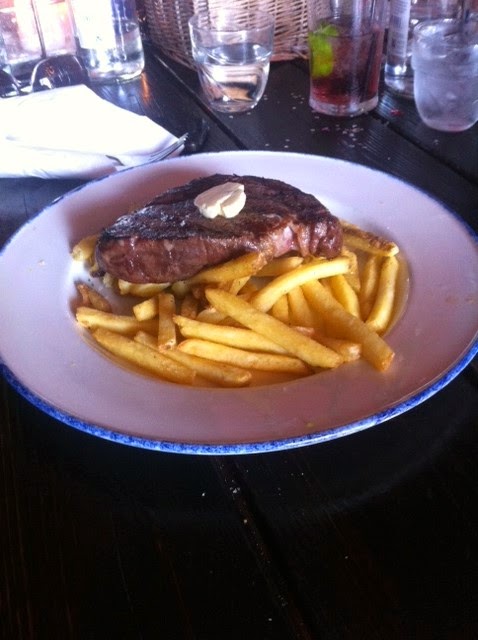 Fish & chips with mushy peas and tartare sauce – served in a bucket and reasomable, although give me the same from the Docklands chippy in the Albert Dock for half the price any day. 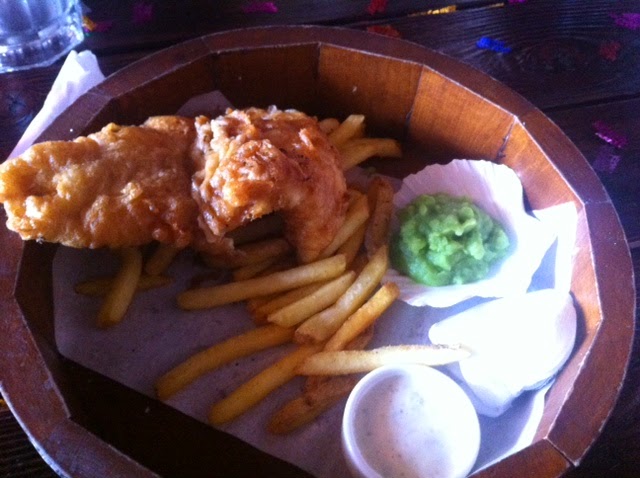 Gammon cutlet with chips, fresh pineapple and fried egg, more like a pub dinner. Cumberland bangers & mash with onion gravy, we rejoiced with the mash as it was something different from the same boring chips laden with all the other mains. 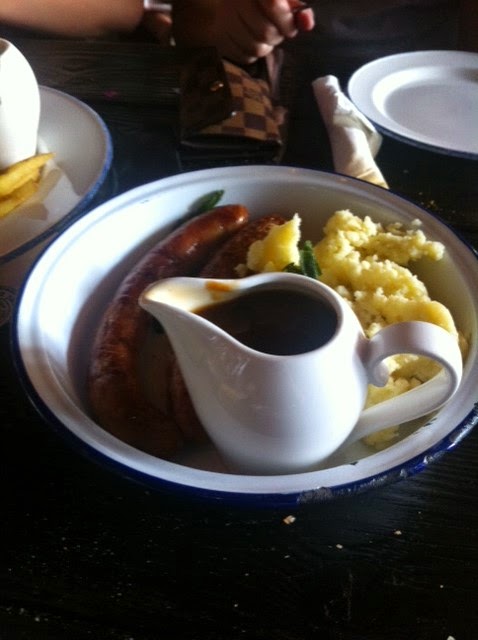 It’s a shame with the heritage site surroundings and evidence of money invested into the venue that the varied menu covers all bases for tourists. With some extra thought into some new dishes and improving the quality in general Smugglers Cove could be decent.

Email ThisBlogThis!Share to TwitterShare to FacebookShare to Pinterest
Labels: Liverpool