On a cold Friday night after visiting the opening weekend of Winter Wonderland at Hyde Park we were looking forward to a bowl of hot ramen at Tonkotsu in Soho.  Especially after nearly freezing to death in the -12C temperatures of the ice kingdom with wonderful ice sculptures. We knew we were chancing it on a busy Friday night but we didn't expect to be ignored by five members of staff who showed absolutely no interest in greeting us at the door.  The scenes inside were not any better, one drunken customer was even slumped face down at one of the tables.  This put us off greatly and we soon left shocked at the service or lack of.  Shame really as I have since had a decent ramen at Tonkotsu East, recently opened in Haggerston.

The next place on our list of to do places was Polpo so we made the short walk over to Beak Street.  The welcome couldn't have been more different, we were greeted with enthusiasm despite it being packed to the rafters.  There were parties standing to be seated, however we were offered two spaces at the bar counter or a forty wait for a table.  Needless to say we jumped at the bar seats.

No drunks here from what we could see but instead life and energy in the air.  We have previously visited Polpetto from the same owners when it was based upstairs the French House on Dean Street and were familiar with the venetian style tapas like dishes.

Not long after we placed our order the first plate arrived of grilled mortadella, celeriac and apple slaw.  The mortadella ham was easy to cut through with just the right level of saltiness. The slaw was fresh and appetising. Together it made for quite a light dish despite it being massive with two large pieces of ham. 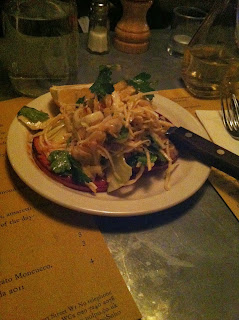 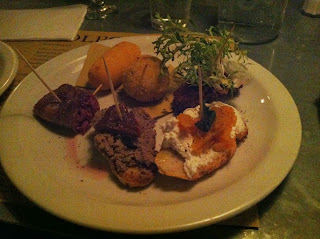 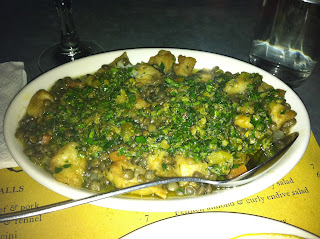 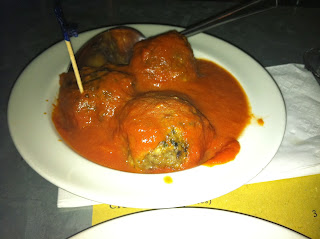 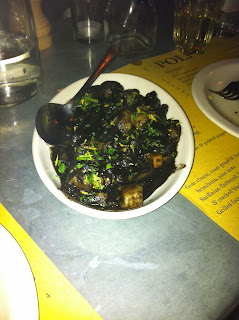 The cod cheeks were smooth and well matched with the salsa verde, I'm not a big fan of lentils so wasn't too keen on them, I was therefore glad as the dish was packed full of cod cheeks. The gnocchi dish was the opposite and lacked cuttlefish with only a few pieces. However the squid ink gnocchi were light and bouncy.  The portion was really generous and we were soon bloated from the gnocchi.  The meatballs were average and I didn't really detect the porcini.

Service was efficient and welcoming and the food was of a good standard.  Polpo Soho is listed in the Michelin Guide and is certainly another jewel in the crown of the food mecca that is Soho.  Next time we need something quick yet enjoyable we know where to head. 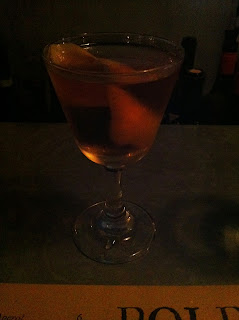 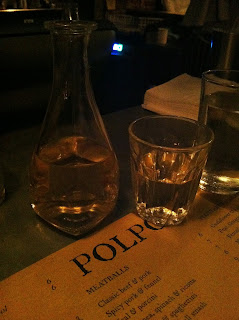