The Hinds Head is a 1 Michelin star picturesque gastropub set in the heart of the Village of Bray near Maidenhead.  Owned by Heston Blumenthal whose flagship restaurant, The Fat Duck is only a hundred yards away.  We parked in the village car park and walked past at half seven to see lots of empty tables, we were tempted to pop in to chance our luck.  However we decided against it and went on towards The Hinds Head where we had a booking. On our return to the car we noted that every table was occupied so we stopped ourselves looking foolish!

The decor of the pub retains its traditional interior and has a 'ye olde' feel with a mixture of timbers and whitewash walls. Having decided on the Hereford Prime ribeye for main I knew it would be filling so we settled on sharing a selection of starters. We couldn't look past the famous scotch egg made with soft boiled quail egg wrapped in sausage meat and fried in panko breadcrumbs. The egg oozed magnificently when cut in half. This was without doubt the best scotch egg I have ever tasted. 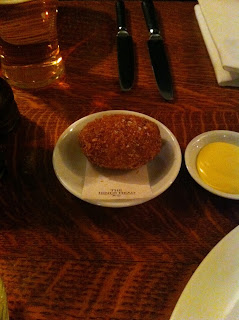 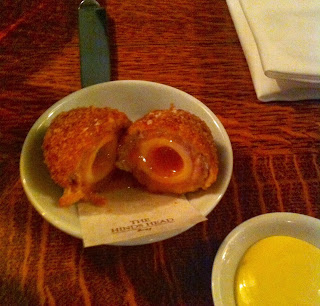 Together with the scotch egg we also had devils on horseback, prune and chutney wrapped in smokey bacon. These would make for some seriously good party food. Hash of snails completed the starters.  The quantity of plump snails was generous, cooked beautifully in garlic butter and topped with fennel and parsley cress. The hash consisted of a grilled slice of sour dough bread which I am glad was not too crispy and was easily eaten with cutlery. 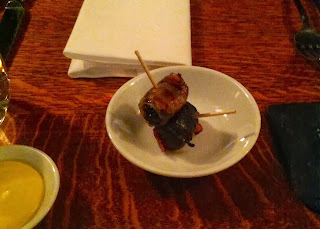 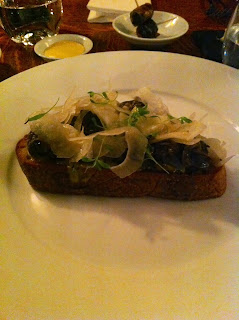 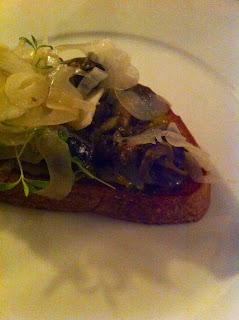 The main event was the Hereford Prime ribeye with bone marrow sauce and triple cooked chips. The choice was decided by the inclusion of the chips which I heard were unmissable. It's very rare that the sides dictate what I choose. We shared everything but the chips and ordered another portion, a bit greedy of us but the right decision when we sunk our teeth into them. A crispy dream on the outside with a fluffy centre, they were the ideal accompaniment for the steak. Cooked to medium as suggested by the team to allow the fat to render down was simply quality. Just above pink in the middle yet being perfectly moist with the marbled fat bringing the whole thing together and adding flavour. The chips needed the rich bone marrow sauce than the steak which I would of eating by itself no problem. 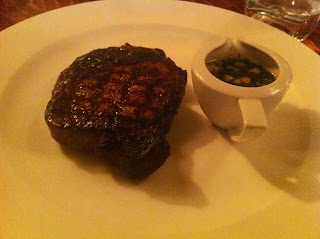 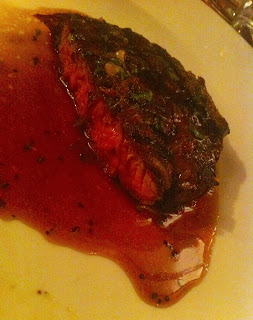 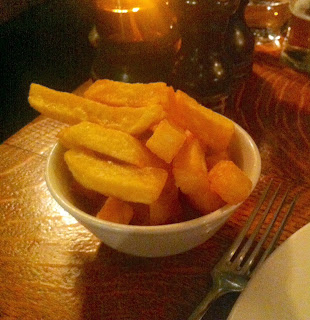 As we were sharing we also ordered the roast turkey dish as it was December after all. Served with chestnut and prune stuffing, roast potatoes and seasonal vegetables it was not a patch on the ribeye and chips. Although it would of been fine as a main course by itself if we were not sharing. The quality of the turkey was undeniable as you would expect but the dish just lacked the wow factor. 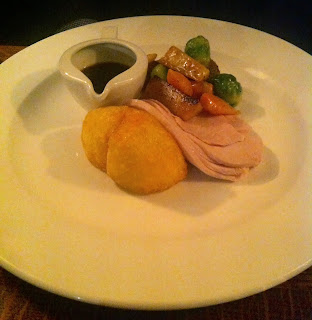 We were stuffed after the mains due to having a portion of chips each but found room to share treacle tart with milk ice cream. The star of which for me was the ice cream, although the tart was surprisingly light which is what we needed but not sweet enough. Petit fours included a red wine jelly in chocolate cups which sent us on our way very happy indeed. Next stop in 2014 when returning to Bray has to be The Fat Duck with fellow 3 starred Bray restaurant, The Waterside Inn close behind. 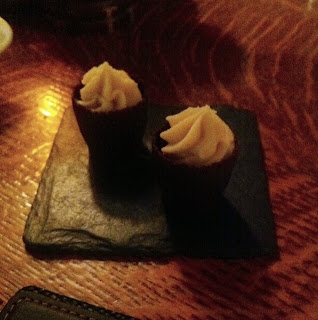