Tonkotsu East is a spin off of Tonkotsu, the popular ramen joint on Dean Street in Soho, London. Situated on an alley of lock ups by Haggerston it is not the easiest to locate in the dark but it offers a bigger vibrant space over the Soho branch.

There are a handful of ramen choices but I was only interested in the signature Tonkotsu on a chilly night.  Served in a rich sea salt based pork stock the ramen noodles were bouncy and firm, just how I like them.  The stock was rich and deep in flavour which made slurping the ramen even better. The accompaniments of pork belly, soft boiled egg, menma, beansprouts and spring onions added some additional interest but it was all about the ramen and stock. 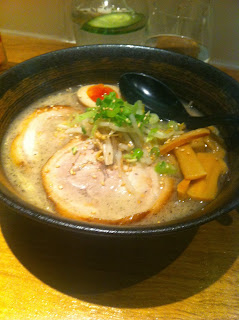 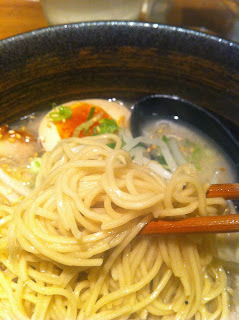 I also ordered salt and sansho pepper squid.  Sansho pepper is a Japanese spice which is earthy and tangy with a hint of lemon.  However the squid was a little oily which was maybe down to the oil not being hot enough, they were rather average. 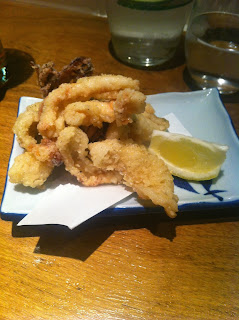 Its probably easier to get a table without waiting at Tonkotsu East than the Soho branch at peak dinner times.  I was pleasantly surprised at the quality of the pork stock.  However for me it is just behind Bone Daddies but ahead of Shoryu for ramen in the capital. 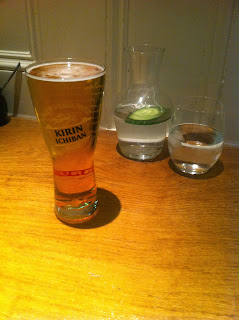